The data comes at a time when investors are concerned that the global economy, led by the US, could be slipping into a long due recession.

The euro posted strong declines on Thursday. This came as the key support level broke. The bearish momentum in the currency came on the back of ECB official comments regarding possible stimulus measures. Olli Rehn, a governing council member of the ECB, said that stimulus measures could overshoot market expectations. This sent the common currency plummeting on the day.

Will the Euro Weaken Further?

The breakdown in the currency pair after losing the support at 1.1140 could trigger further declines. However, the dynamic support off the lower trend line could come to the currency pair’s rescue. But it is unlikely that this support could hold much longer. A breakdown lower could see the euro testing the previous lows at 1.1030. 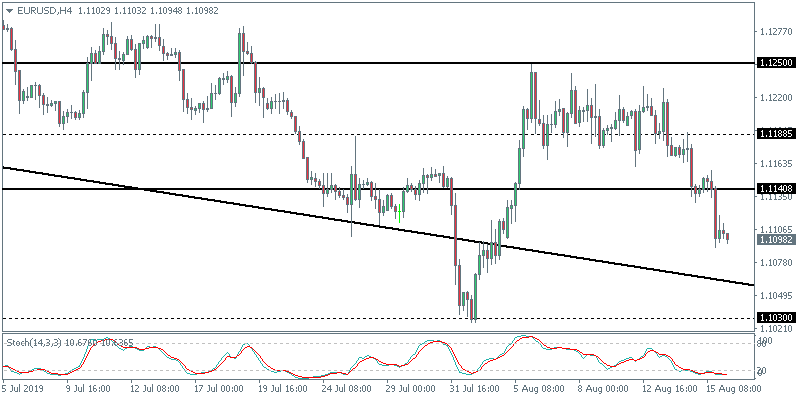 The British pound posted gains on Thursday. This came on the back of news that cross-party government measures were being taken to avoid a no-deal Brexit. The sterling has been in a steady decline since PM Johnson took a hard stance on the Brexit. But, with the latest developments now looking to avoid a hard Brexit, the sterling managed to bounce on the news.

GBP/USD Has Likely Formed a Bottom

Price action in the currency pair has been relatively stable after trading near fresh historic lows. The GBPUSD broke out to the upside from the descending wedge pattern. However, the momentum remains rather weak. Further gains are required in order for the currency pair to maintain the momentum. There is also a risk that the GBPUSD could break the support area of 1.2082 – 1.2026 unless a higher low is formed. 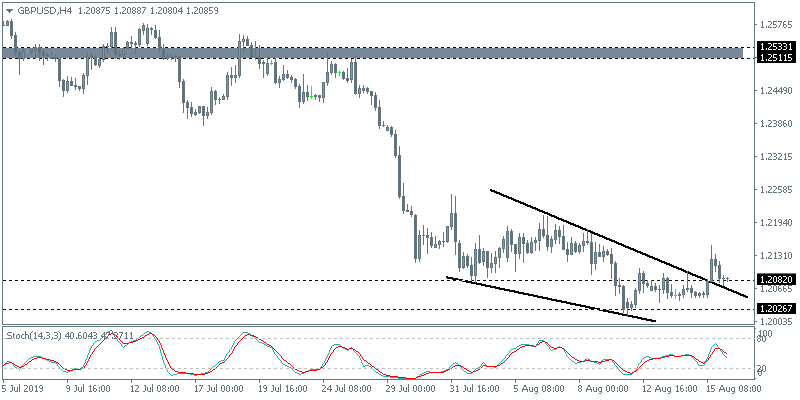 The precious metal traded close to the previous highs that were established earlier in the week. However, the momentum faded as investors digested the news of a possible slowdown in economic growth. With gold prices posting strong gains, it is likely that investors will be looking to book profits into the weekend.

XAU/USD to Consolidate Near Highs

The precious metal is consolidating near the highs. Thus, a sideways range could be formed above the support level of 1509. As long as the previous highs are not breached, gold could be looking to test the support. If the support gives way, then we anticipate a correction toward 1485 where the next main support level stands.