American employers resumed hiring in January and the unemployment rate fell to a pandemic low as California ended its lockdown and viral rates fell across the country.

Nonfarm Payrolls rose 49,000 and the unemployment rate dropped to 6.3%, reported the Labor Department on Friday. Analysts surveyed by Reuters had predicted an expansion of 50,000 and the jobless rate to be unchanged at 6.7%.

Despite the expected NFP performance, credit and currency markets faded from their positions before the release as many participants had been looking for better numbers. Earlier in the week ADP's clients had reported 174,000 new employees, more than three times the forecast and the Manufacturing Employment PMI registered a 19 month high. Estimates for payrolls ranged from -240,000 to 400,000. 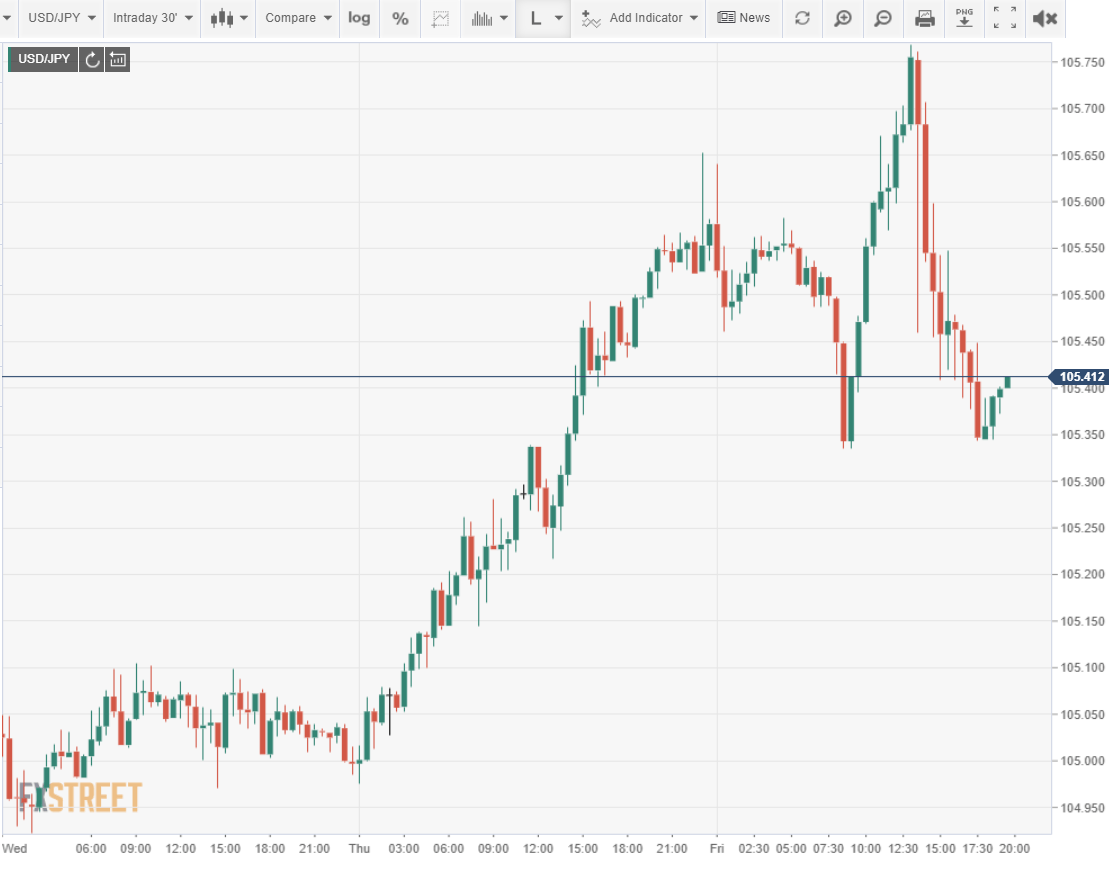 By the early afternoon the USD/JPY had dropped to 105.41 and the euro had claimed almost a figure from its European lows to 1.2041. 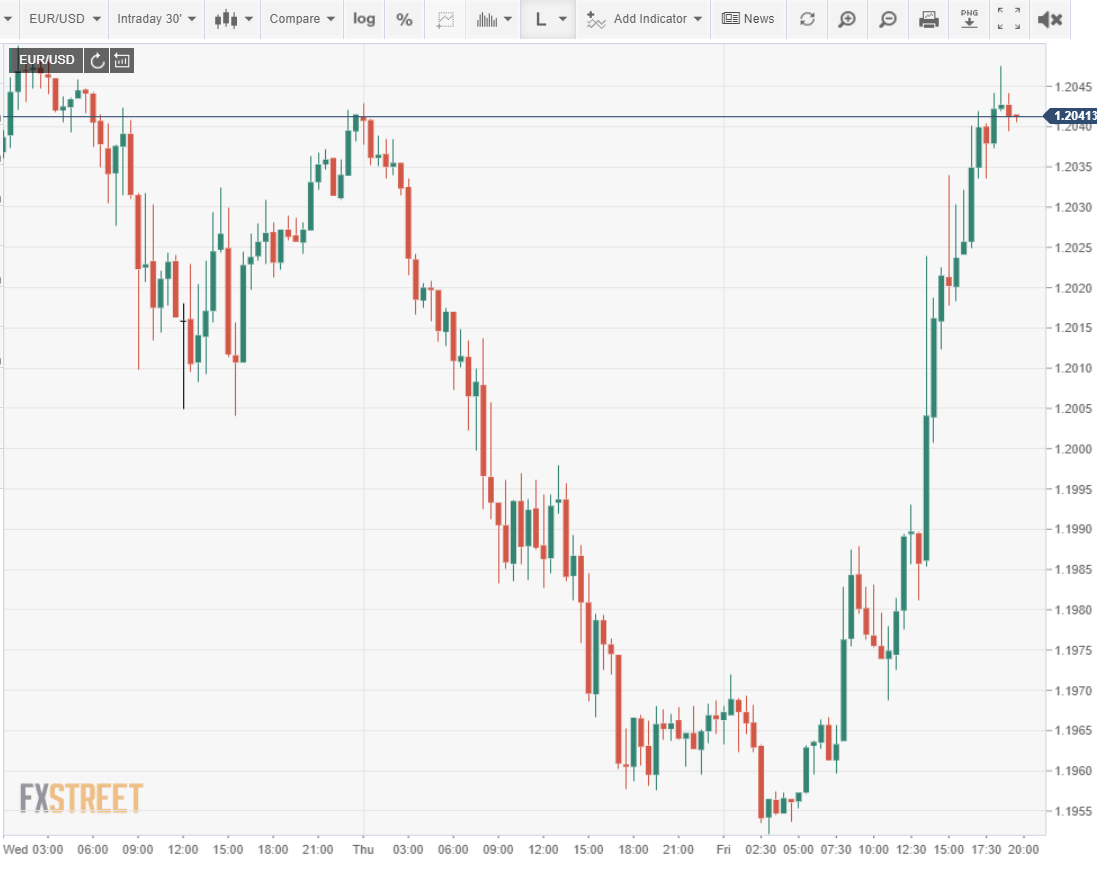 Treasury yields also pulled back with the 10-year return falling from 1.173% just before 8:30 am EST, to 1.164% in mid-afternoon, though it remained more than two points higher from Thursday's close. 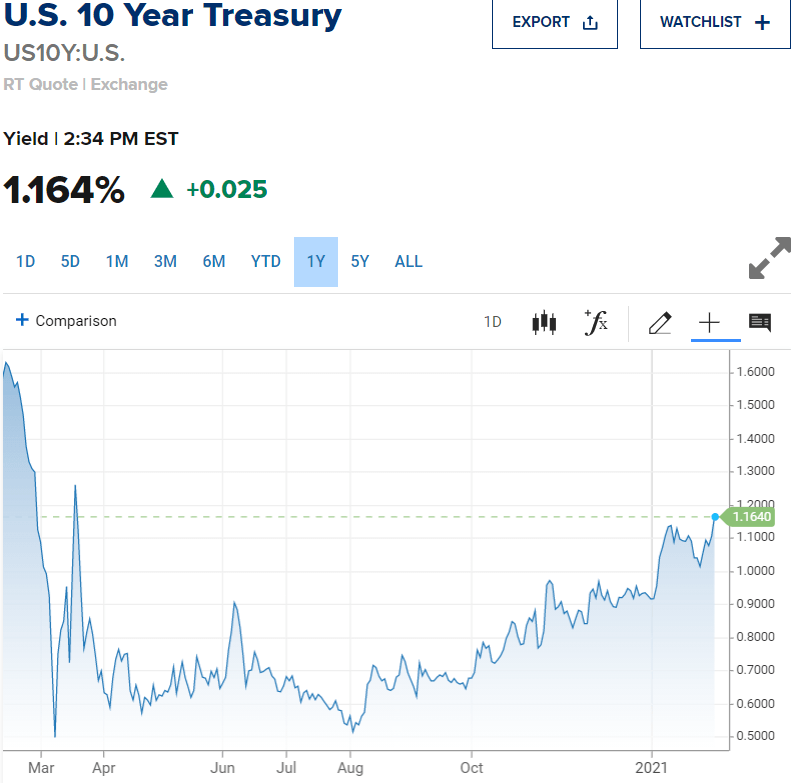 The decline in the unemployment rate was tied to a drop in the Labor Force Participation Rate which slipped to 61.4% from 61.5% in December as 406,000 people left the work force and were no longer counted as unemployed. To be included in the headline unemployment rate (U-3) an individual must have looked for work in the prior month. A more representative measure, the so-called underemployment rate (U-6), that counts discouraged and part-time workers, also decreased to 11.1% from 11.7% in December.

Almost a year after the March and April collapse in employment over 10 million people are yet unemployed. The jobs losses were and remain concentrated in the restaurant, travel, retail, and hospitality sectors.

The December lockdown in California, since rescinded, reversed the seven-month positive trend in job growth. The initially reported loss of 140,000 jobs was revised to -227,000 and November's addition of 336,000 was lowered to 264,000.

Hiring in January was centered in the Labor Department categories of employment and professional services, (97,000), local government education (teachers and school personnel) and wholesale trade (14,000). Retail shed 38,000 workers after adding 135,000 in December for the holidays. Health care lost 30,000 positions.

Distribution of vaccines have encouraged business optimism where investment spending has remained strong. Since early January US positive tests are down 35%, hospitalizations 28% and ICU occupied beds 20% and that has taken place before vaccines use has become widespread enough to affect transmission.

Gross Domestic Product fell 3.5% on the year in 2020 though the fourth quarter saw an annualized rate of 4%. An early estimate for first quarter growth from the Atlanta Fed dropped to 4.6% after the NFP numbers from 6% prior.

The Biden administration's $1.9 trillion stimulus and rescue package, that includes an undetermined direct payment to most Americans and extended unemployment benefits, has not yet passed Congress, where Republicans are offering a smaller proposal. However, the Democrats have just enough votes to pass the bill through the House and Senate without assistance.

EUR/USD tests 1.2100 as US dollar retreats with yields

EUR/USD is trading close to 1.2100, as the US dollar tracks the retreat in the Treasury yields amid a risk-off mood. Mounting inflation concerns after the US CPI surprises continue to weigh on the risk appetite. US data awaited.

GBP/USD is trading above 1.4050, bouncing off lows amid fresh US dollar selling. Rising inflationary pressures and Brexit jitters over NI keep investors on the edge. Bailey's speech, US data in focus.

XAU/USD wavers between two key averages after the CPI blow, awaits US data

Ethereum could position itself as a safe haven asset as the network moves toward the upcoming London upgrade. Ether supply has been steadily decreasing since mid-2020, causing a liquidity crisis for the second-largest cryptocurrency by market capitalization.

On Wednesday, the Dow fell 1.99% to register its largest single-day loss since January, wiping out all of its month-to-date gains, while the S&P 500 and the Nasdaq dropped by more than two percent respectively.