It has been a while since I created a blog post like this, so wanted to quickly share some before/after charts of the long gold trade we have been posting since Friday before the breakout, to give you an idea how to manage risk in a typical trade. Obviously every trade is different, and not all work out the way we want them to. But what you can control, you should do so as best as you can.

The first key decision is the entry. If it doesn’t look good, my advise is always to forget it – there will be plenty of more opportunities and you should only focus on the best setups.

Once you have decided to enter a trade, and if you are lucky enough that the trade goes in your favour, adjusting the stop loss is then your main job. You are the risk manager. Your job is to reduce risk as much as possible, while still trying to make profit.

Don’t just adjust the stop for the sake of doing so, but only when it makes sense.

In the case of gold, we adjusted it higher as soon as gold made a new high.

Here is how we traded gold:

First we identified the opportunity on the weekly chart on Friday, as gold turned positive after spending most of the week below the prior week’s close. The week prior, it had created a bullish-engulfing candle, so the bias on this time frame was already bullish. Here is how gold looked like on Friday when I posted the idea in the Telegram group: 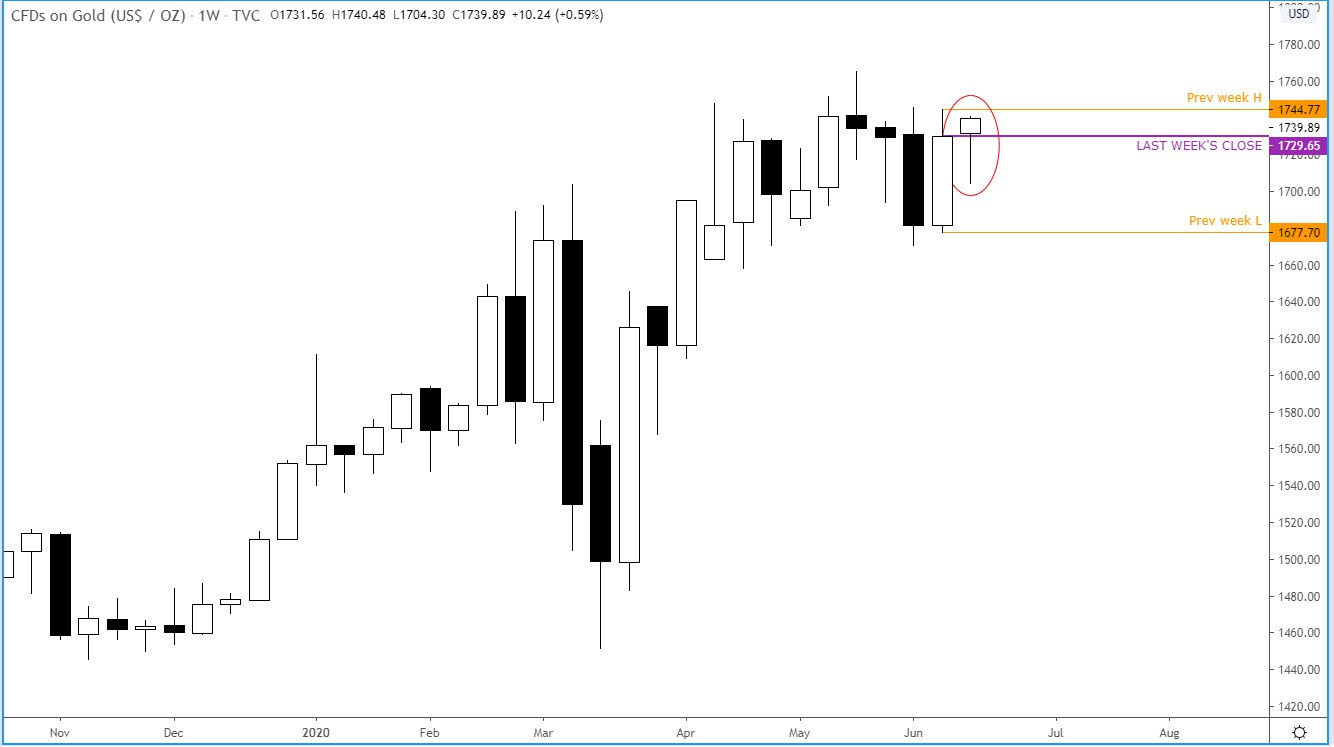 At the time, gold looked liked THIS on the daily: 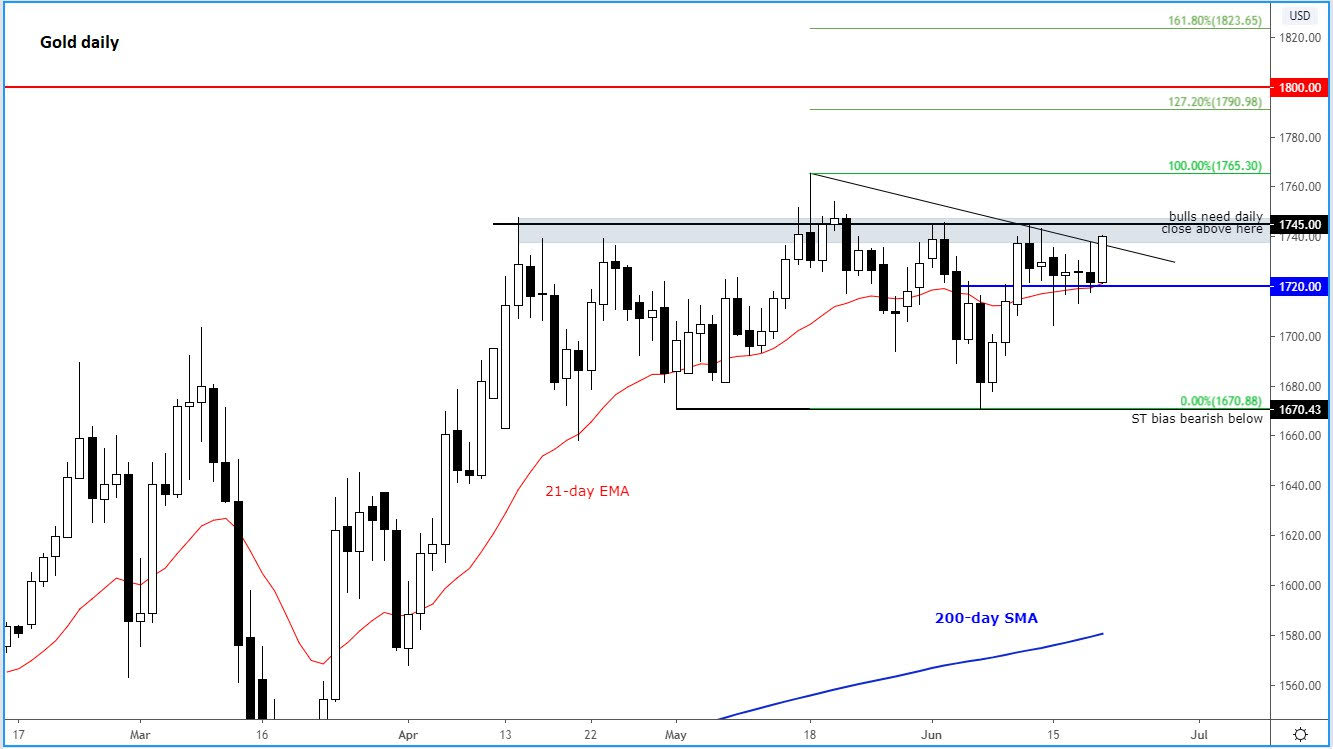 As gold had created an inverted hammer on Friday, the metal ‘should’ have gone lower. Instead, support at $1720 held, before the metal broke out to the upside, taking out Thursday’s high.

At this point, we knew the bears were in trouble, so there was no need to wait for further confirmation to issue a trade signal, which we did on the hourly: 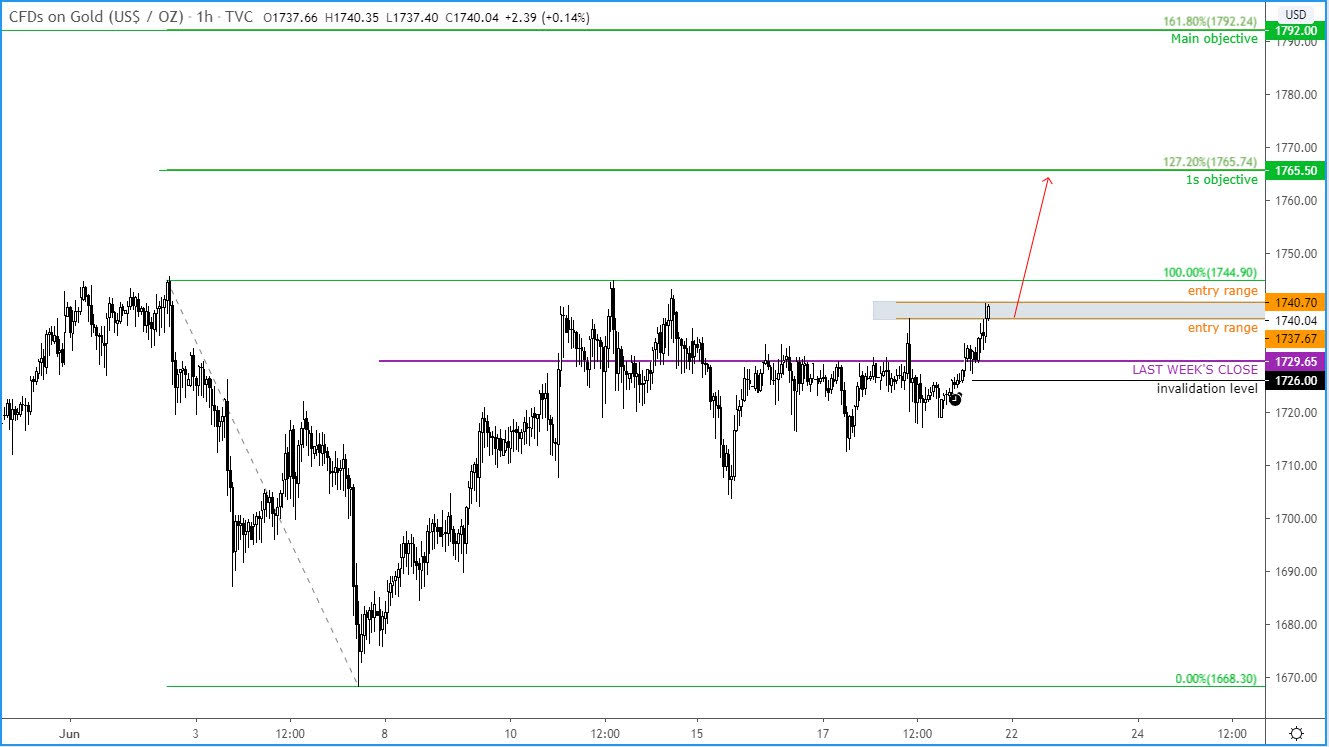 I didn’t want to see gold go back below the previous week’s close (or the current week’s open), so a good location to place the stop loss or invalidation level would have been below that, and we did so as per the chart above.

Once the trade triggered and price started to move higher, we immediately raised the stop loss to reduce the risk: 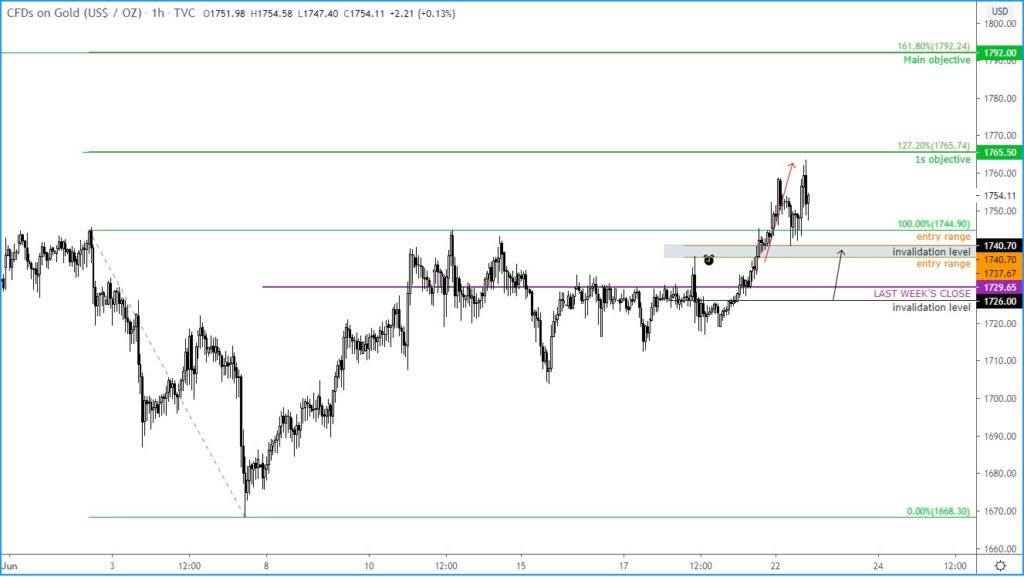 On Monday gold broke out, as we had anticipated, prompting me to create THIS YouTube video:

Today, the first target was hit, so we raised the stop loss further to eliminate the risk completely on the remaining portion of the trade, which may or may not hit its intended target. 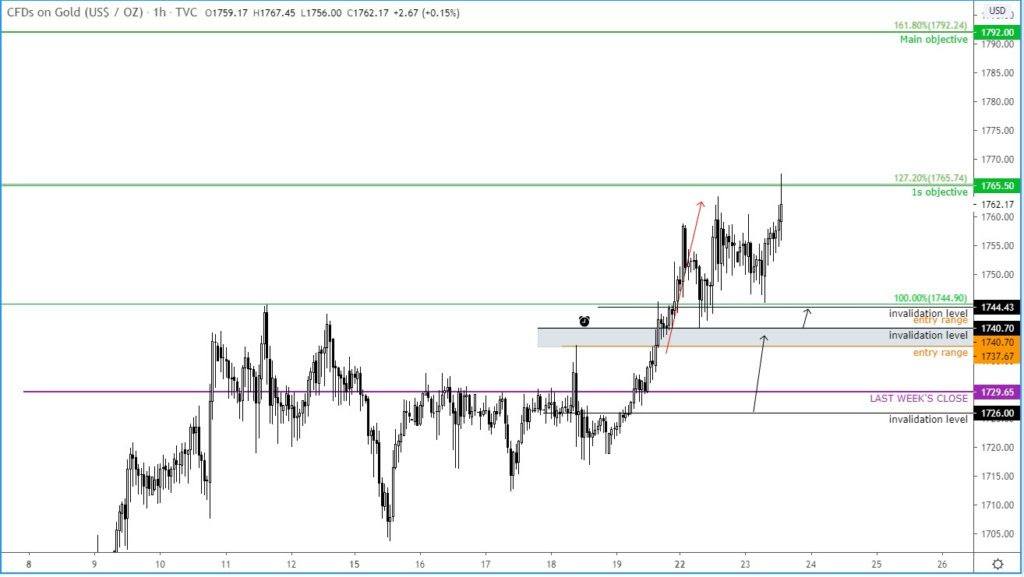 Finally, this is how gold was looking like on the week when this report was written: 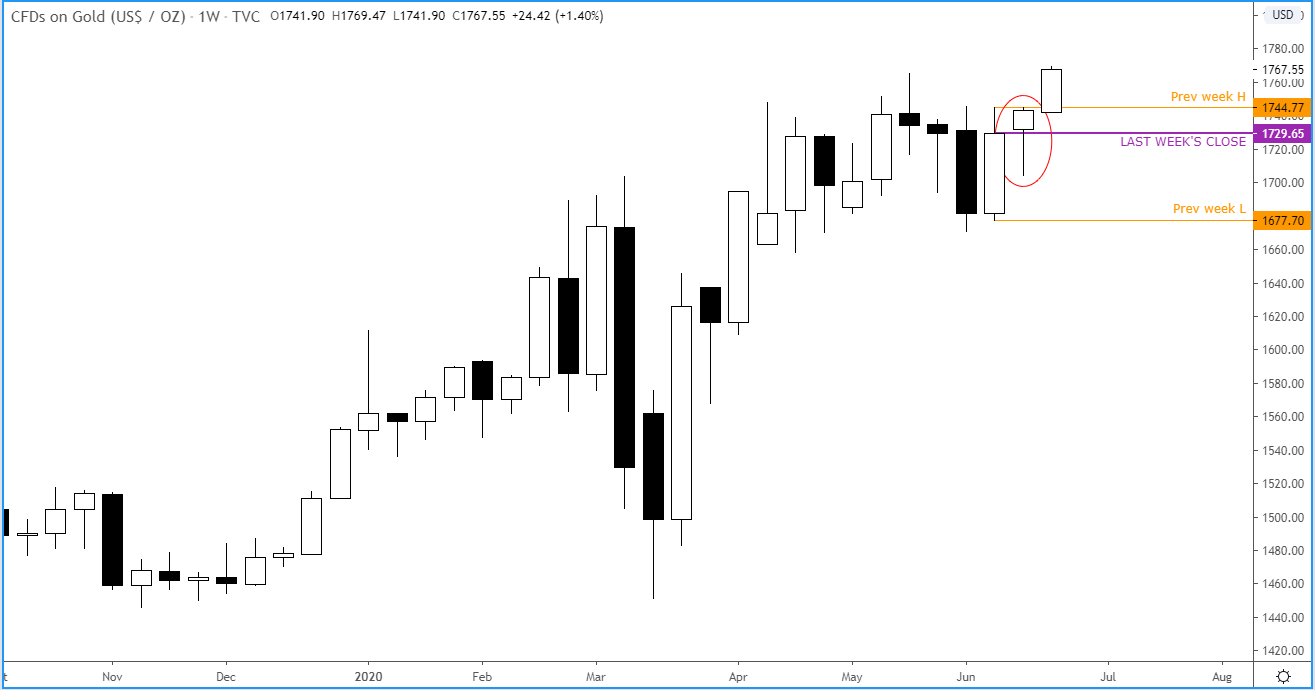 I think gold is looking very constructive from a technical point of view. But it needs to hold the breakout now, and hold above $1745 to maintain its bullish bias on this time frame.

Anyway, I just wanted to share that with you and hope you can take away something from the above.

EUR/USD stays depressed near 1.2050 amid firmer yields, ahead of Powell

EUR/USD remains on the backfoot around 1.2050, as the US dollar rises with Treasury yields. Concerns about the pace of the yield surge dent the risk appetite. Focus on EZ retail sales and US data ahead of Fed Chair Powell’s speech.

GBP/USD steadies around 1.3950 as bond bears catch a breather ahead of Powell