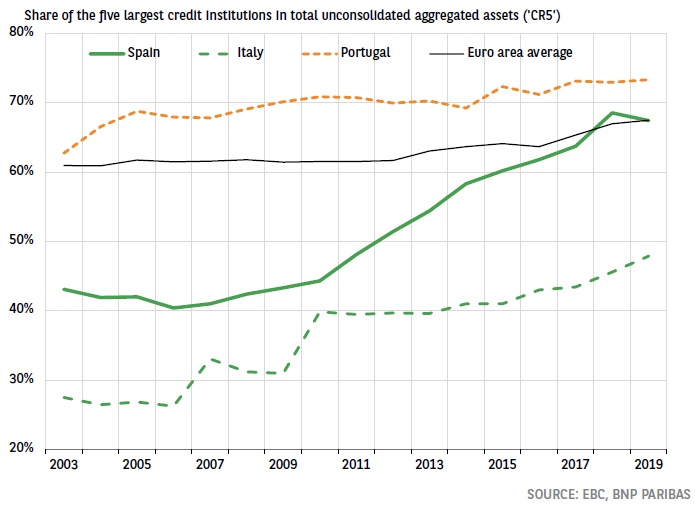 CaixaBank and Bankia, respectively the third and fourth largest Spanish banking groups in terms of CET1, formalized on September 3, 2020, the opening of negotiations for a potential merger. If it materialized, this operation would consolidate the Spanish banking system. The level of concentration of the latter is comparable to that observed on average in the euro area, following two successive waves of consolidation between 2008-2009 and 2012-2013 from which CaixaBank and Bankia themselves emerged. The question is whether or not this could be the prelude to a broader movement of concentration that the ECB has been in favour of since several years. Indeed, the banking supervisor sees consolidation as a way to improve the financial profitability and resilience of banks. It is in this perspective that, in July 2020, it published a consultative document aimed at encouraging bank mergers.