Last week’s UK budget marks a return to austerity. The key sentiment of Chancellor Jeremy Hunt’s statement was that the UK now intends to live within its means. There were ultimately very few surprises as a strict budget had already been priced into the GBP, since Jeremy Hunt’s appointment as UK chancellor.

The statement delivered a consolidation of £55bln as a combination of tax rises and spending cuts. Jeremy Hunt hopes this will mean inflation and rates end up significantly lower. However, as the statement was released, expectations for next year’s interest rates remained around the 4.5% mark which was only fractionally lower than prior to the statement. However, STIR markets do now see a 50bps rate hike being the main expectation for the Bank of England’s rate meeting on December 15, which is down lower than it was a week ago. See below for the implied interest rate curve from Financial Source. 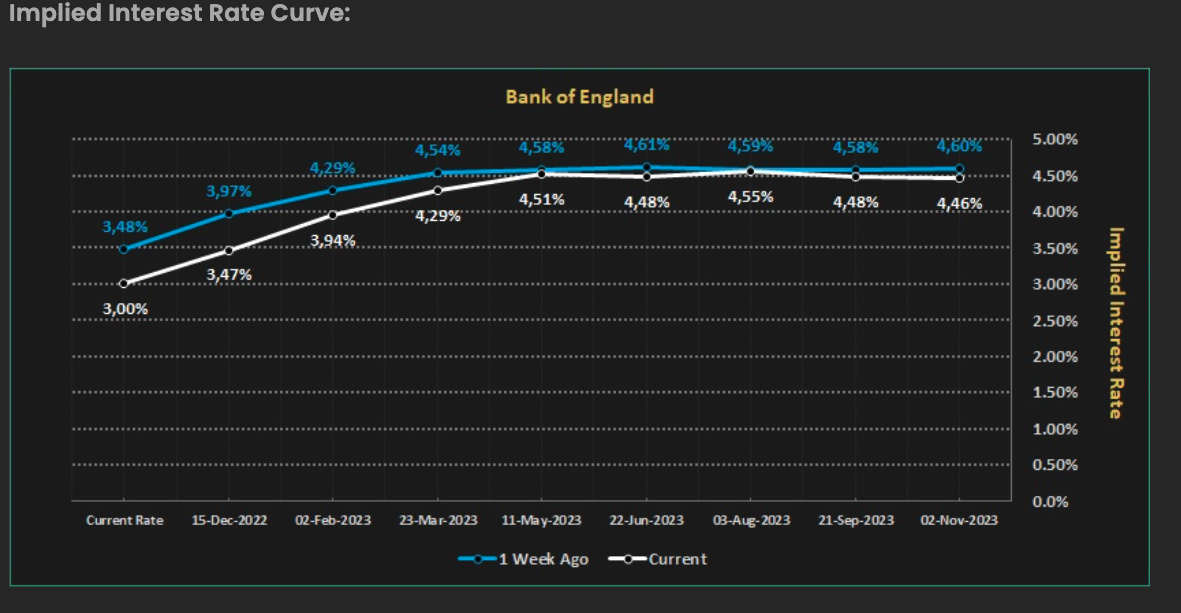 Hunt tried to deliver a UK statement that avoided being too austere. Debt to GDP ratio is due to fall as a % of GDP by the 5th year and Public Sector Borrowing must be below 3% of GDP in the same period. Yet, in real terms, public spending will increase resources spending over the next 5 years by 1%.
The UK’s Office for Budget Responsibility said that the Government plans are sufficient for underlying debt to fall modestly in 2026/2027 and 2027/2028. However, it projects the UK will fall into a 1-year recession from Q3 2022 to Q4 2023, and unemployment is set to rise to 4.9% in Q3 2024. So, this budget is trying to take the long view and not become too austere too quickly.

What it means for the GBPUSD

In terms of market reaction, this budget was, on balance, as good as it could have been and it was pretty much as expected. The GBP is most likely to be pushed and pulled around now on the latest USD news as the UK budget was fully priced into the market and pretty much as expected. Some ‘buy the rumour, sell the fact’ response could have been expected and the recessionary outlook should keep the GBP sold on any rallies higher for the very near term. However, medium term and in a longer time frame, any sign of the Fed pausing and the GBPUSD could shoot higher as lots of bad news is already priced in for the GBP. Three catalysts to look at are 1) a weak December US PCE print 2) De-escalation of the Ukraine/Russia crisis and 3) A Fed pause/pivot on December 14 Fed meeting. 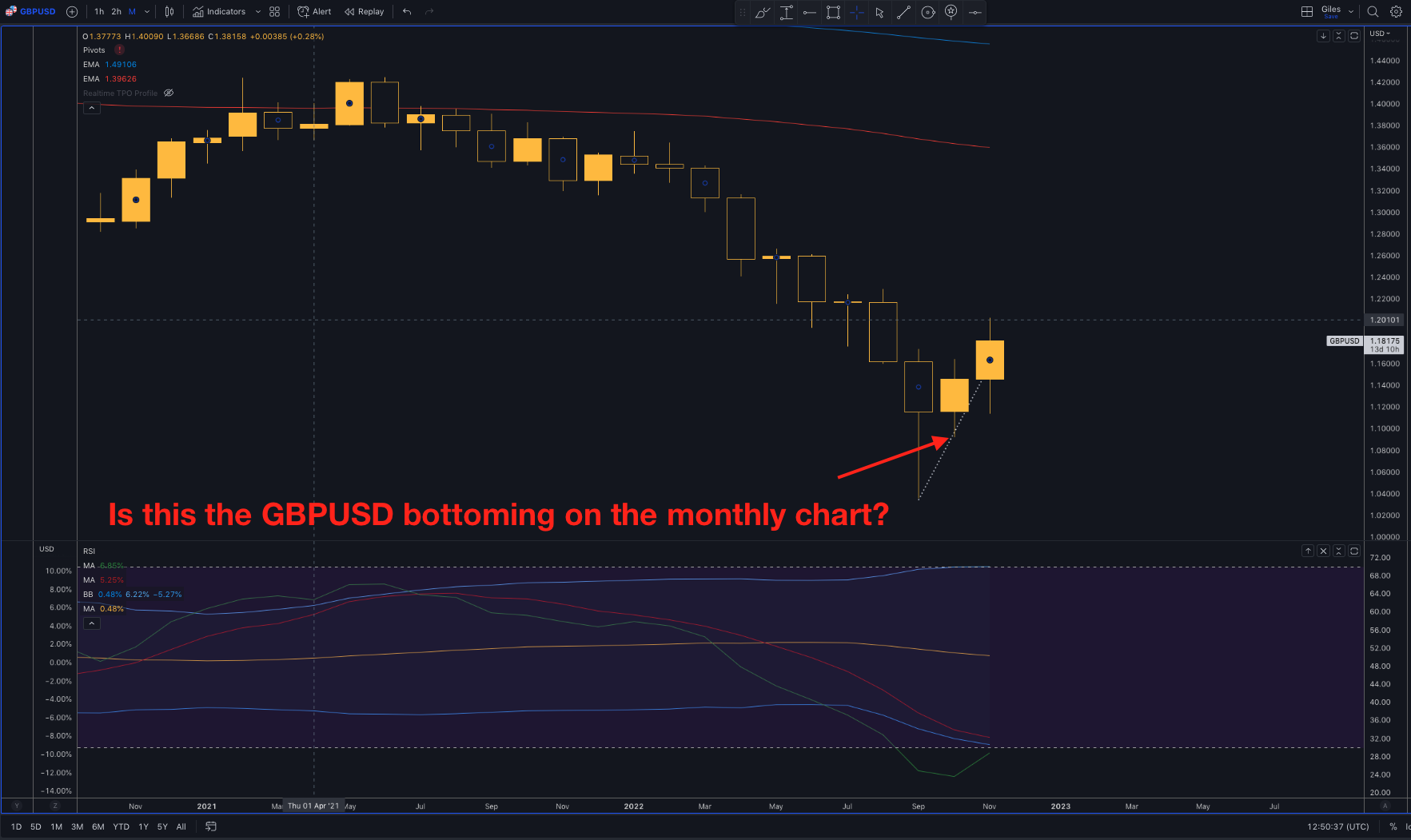