The US dollar posted strong gains on Friday. USD/CHF fell by 0.45%, its sharpest one-day loss in a month. The US currency received a boost as international investors bought up US Treasuries in month-end rebalancing flows.

The week started on a positive note, as Swiss Manufacturing PMI accelerated for a six straight month, rising from 66.3 to 69.5 points. A recovery in the global economy has resulted in increased demand for Swiss exports. A reading over the 50-level points to growth, and manufacturing continues to show significant expansion.

Aside from the movement in US Treasuries, positive US data on Friday also boosted the US dollar. The Core PCE Price Index, which is considered the Federal Reserve’s preferred inflation gauge, rose to 0.4% in March, up from 0.1% beforehand. This is another indication of inflationary pressures in the US economy, which continues to fire on all four cylinders. The Fed insists that any spike in inflation is temporary, but if inflation numbers continue to rise in the coming months, the Fed may have to acknowledge that higher inflation levels.

Only last week, Fed Chair Jerome Powell said that it premature to talk about tapering the Fed’s bond purchases. This stance, however, is not uniform amongst Fed members. On Friday, Fed Governor Robert Kaplan, who is not a voting member, stated the Fed needs to be talking about tapering its asset-purchase program. The Fed has insisted that it needs to keep its continue its stimulus, even though recent data points to a rapidly improving economy. If the upcoming nonfarm payroll release breaks the 1-million mark, the Fed may have to reconsider its stance towards a taper. 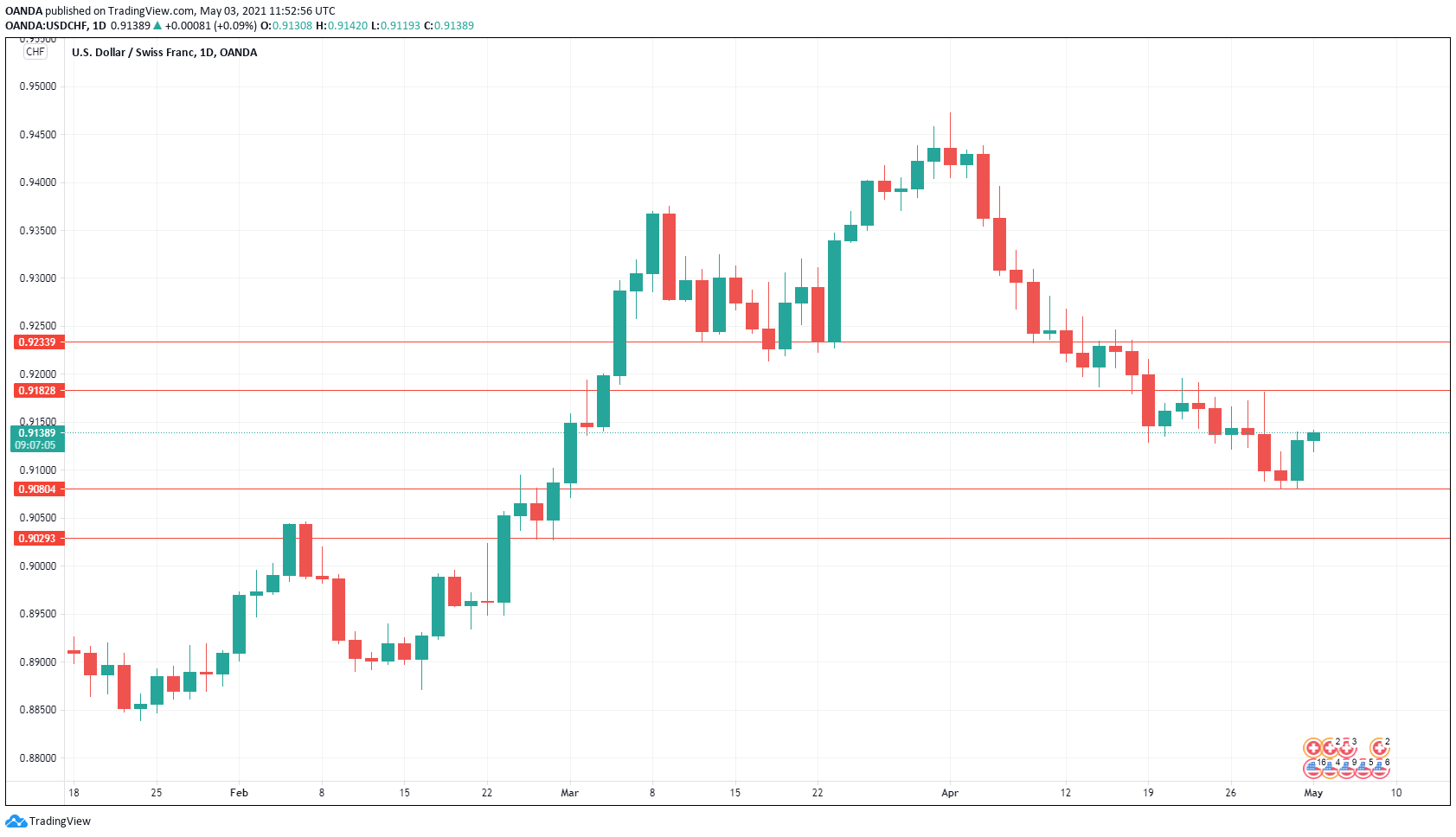