There has been a distinctly muted reaction on major markets to the signing of “phase one” of a trade agreement between the US and China. The deal keeps most of the tariffs that Trump has issued and contains some rather outlandish commitments to expand Chinese imports from the US to $200bn (an increase of over 20%). The suggestion is that “phase two” is unlikely before the US Presidential Election in November. So there is a degree of relief that the trade dispute may now have a line drawn under it, but the deal itself seems to fall short of what it might have been. The consideration that traders will need to give in the coming days, weeks and now months is to whether this fosters an improved environment for risk appetite. It should at least set nerves at ease of any further escalation in the dispute, but continued tariffs and the potential for China to underachieve on its commitments could set things back again. This morning as the ink dries on the agreement, market sentiment is somewhat luke-warm. Treasury yields are a basis point higher on the 10 year, with a mild slip back on the yen and gold, whilst equities futures are slightly higher. So risk is headed initially in the right direction, but there is very little conviction. 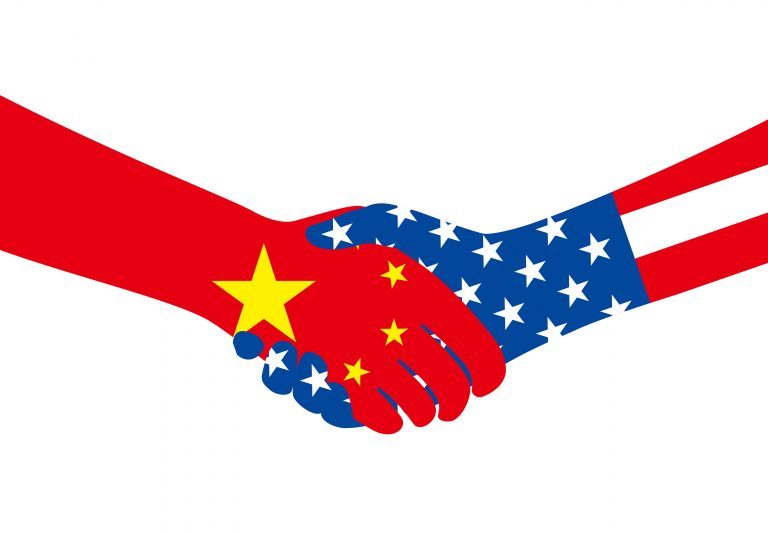 Wall Street closed slightly higher at +0.2% on the S&P 500 to 3289. US futures are another +0.2% higher but these gains have seen limited carryover to the Asian session, with the Nikkei +0.1% and Shanghai Composite -0.5%. In Europe there is a shade of a move higher with FTSE futures +0.1% and DAX futures +0.2%. In forex, there is very little direction of note, aside from NZD gaining on a retracement of recent weakness. In commodities, gold is slightly weaker by -$2 (-0.2%) whilst oil has rebounded by +0.5% after another decline yesterday.

There is a broad US focus to the economic calendar but after a quiet morning the ECB monetary policy meeting accounts at 1230GMT will give more detail over the outlook for the Eurozone economy and the prospects for inflation. Onto the US data in the afternoon, US Retail Sales at 1330GMT are expected to show core (ex-autos) monthly sales increasing by +0.5% on the month (after a +0.1% growth in November). Also watch out for the “Control Group” sales which are considered less volatile. The Philly Fed Business Index at 1330GMT is expected to improve to +3.8  in January (from +2.4 in December). The US Weekly Jobless Claims at 1330GMT are expected to remain around similar levels at 216,000 (214,000 last week).

Chart of the Day – AUD/NZD

The Kiwi had a huge run of outperformance in the closing weeks of 2019, but the early moves of 2020 suggest this outperformance versus the Aussie is being retraced. This recovery in AUD/NZD has now rebounded to test the 23.6% Fibonacci retracement (of the 1.0865/1.0312 sell-off) around 1.0440. Around here is a confluence of overhead barriers with the resistance of the latest lower highs of the two month bear move at 1.0450/1.0465. The initial look at this confluence has seen the market slipping back from yesterday’s high (at 10460). However, momentum indicators suggest there is certainly a recovery brewing. The RSI above 40 at two month highs, along with a similar look to the Stochastics. However, it is the MACD lines that are encouraging from a medium term perspective. Following a bull cross on the MACD lines in December, now a bull kiss with a bullish divergence suggests there is substance to the recovery. If the market can hold on to the support band 1.0380/1.0400 then pressure looks set to resume on the resistance band 1.0450/1.0465. Closing well clear of the 23.6% Fib would also open 38.2% Fib around 1.0525 as the next target. 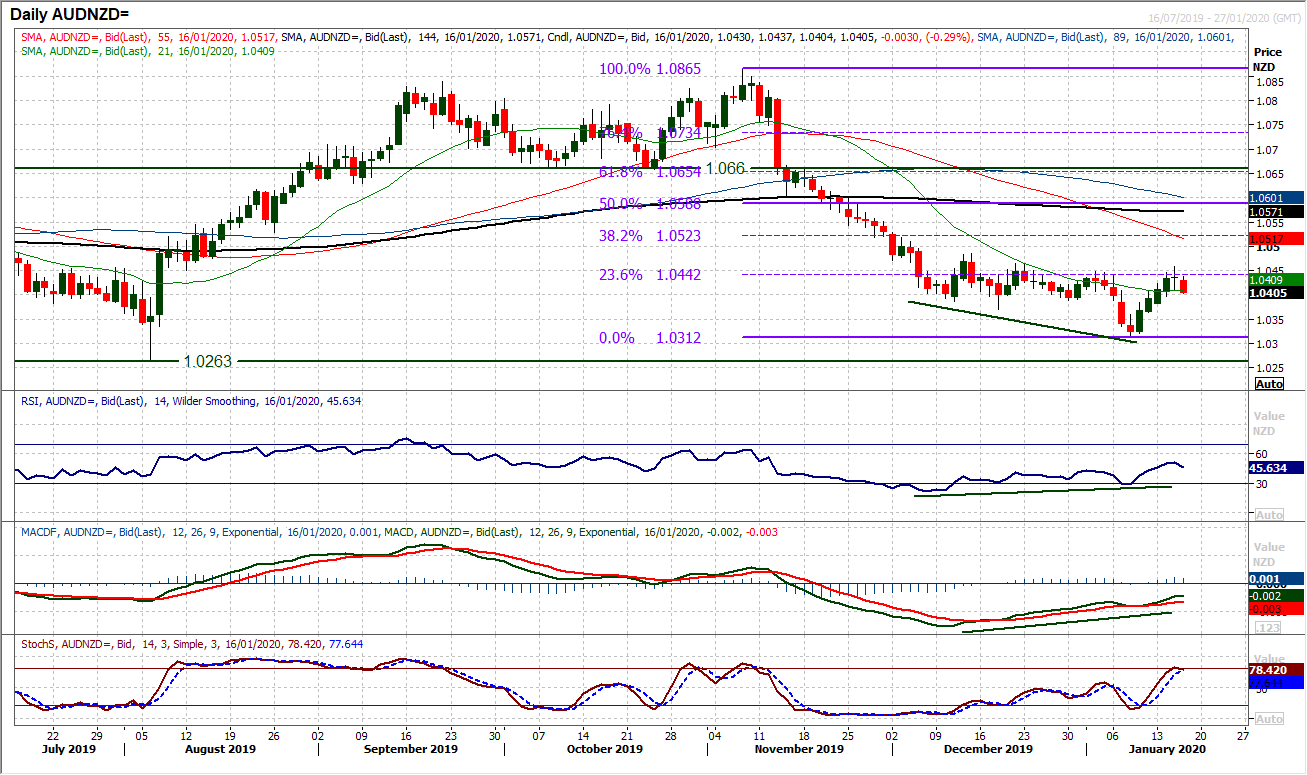 The positive medium term outlook is coming under significant strain now after oil fell back again to close at six week lows yesterday. This move has arguably breached a three month uptrend, whilst a support band $57.50/$57.85 is also being significantly tested. The bulls really do need to hold on to the 40 level on RSI to prevent increasingly negative momentum from developing. However, there could be signs of improvement in the hourly chart indicators, with initial resistance at $58.70 needing to be overcome to even consider a recovery is building again. This would then open resistance around $60.00 with the 38.2% Fibonacci retracement (of $51.00/$65.65) at $60.05. Yesterday’s low at $57.35 in reaction to the EIA inventories is an initial gauge now. 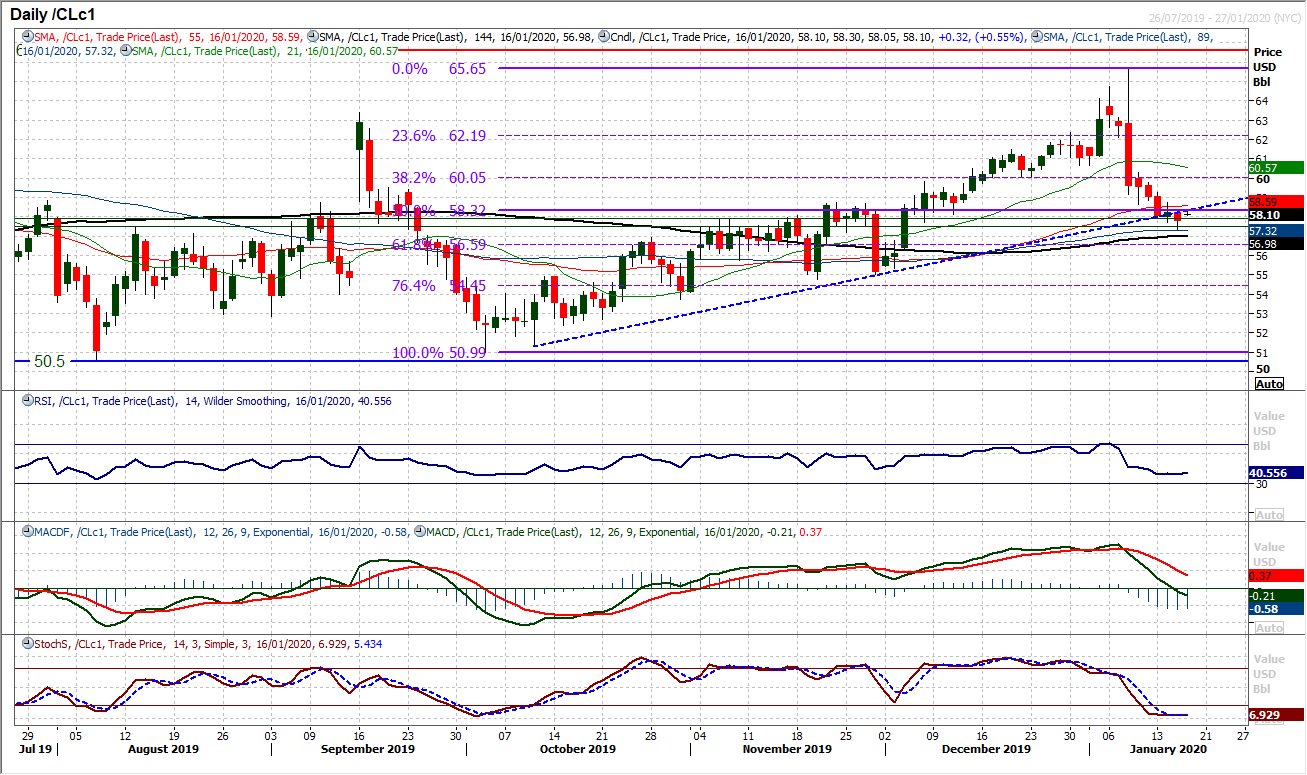 The bulls have once more regained control of the market as the Dow has closed again in all-time high territory, now breaking the 29,000 barrier. Trends are all accordingly bullish, whilst momentum indicators are positive without being overtly bullish (flat MACD lines remain irksome). The market continues to respond well to weakness, with eight of the last ten candlesticks from a bullish configuration. There is the support of a five week uptrend around 28,750 today, whilst initial support comes in at 28,790. As these levels remain intact, there is little to overly concern the bulls. Furthermore, the three month uptrend now rises above what is the first key reaction low at 28,376. This helps to maintain medium term bull control. Initial resistance at yesterday’s intraday all-time high at 29,127. 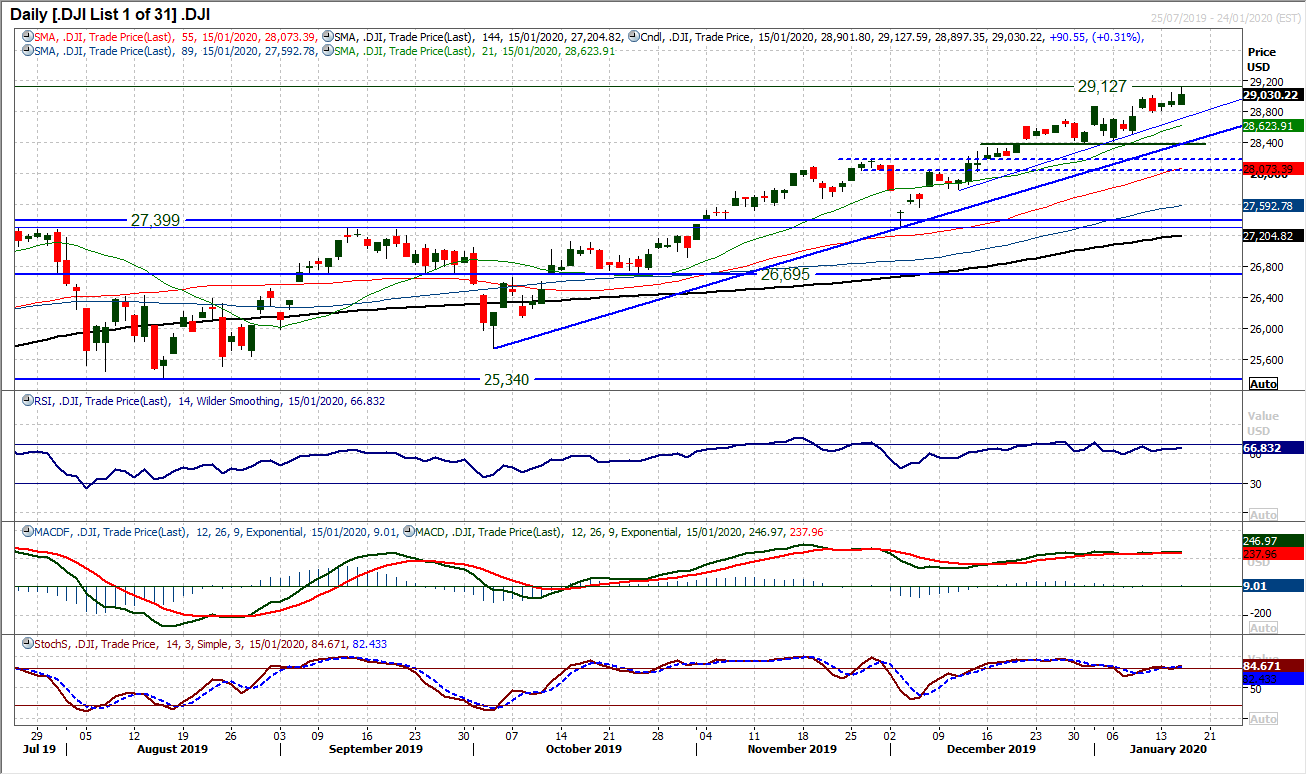