While the negative start to the week in the China and Japan markets has failed to have a similar impact on European Equities, concerns over global growth following the data over the weekend has furthered expectations the Federal Reserve will have to delay raising US interest rates with this leading to USD weakness across the markets on Monday morning.

With no further economic data releases on Monday, attention may turn to the BoJ Monetary Policy Statement which will be held on Tuesday. Japan has undergone an extended period of pressures domestically and globally, although its currency has found buyers due to the risks in China.The world’s third-largest economy shrank an annualized 1.2% in April-June, less than the initial estimates of a 1.6% contraction. Market participants are beginning to speculate as to whether another round of stimulus from the Bank of Japan is needed, and the recent disappointing performances from the Japanese economy have led to the Nikkei 225 being dragged lower. With the growth rate in Japan flirting around recessionary levels, the BoJ may resort to extra stimulus measures to support the economy with the goal of attaining economic stability.

In the commodities arena, WTI has retained stability with support at $44 and resistance at $46. The Goldman Sachs’ prediction of oil trading to $20 a barrel in the future has been shrugged away by the markets so far. The commodity currently waits for the next relevant release or event to determine which direction the price is going to go next. While the recurring theme of oversupply which has been reiterated for months and weighed heavily on sentiment has capped rallies, it might have lost its kick and it seems the next major catalyst for a hefty move may be a reduction in demand following global growth concerns. OPEC’s monthly outlook for August may shed more light and provide clarity for the future direction ofoil.

Gold experienced a decline past the 1110.0 support as a feed of robust data from the States inspired bearish momentum, the metal is currently in a phase of consolidation. The global decline in commodities and steady appreciation in the USD have exposed this yellow metal to an extended period of pressure.Gold remains technically bearish on the daily timeframe with the major catalyst for a potential selloff gyrating around whether the Federal Reserve begin to raise US interest rates before the end of 2015.

The downside economic pressures due to the events in China have granted a bearish sentiment for the NZD. The NZDUSD is technically bearish on the daily timeframe and prices have found some support at the 0.6250. As long as the 0.4250 resistance holds, price may breach the 0.6250 and trade back to the next relevant support at 0.6050. 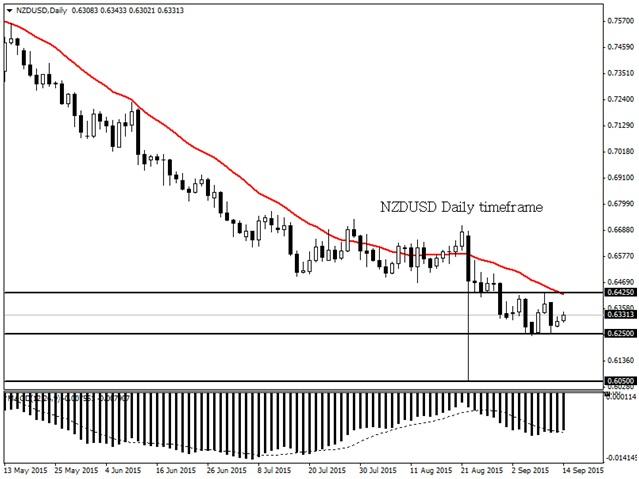 The NZDJPY is technical bearish on the daily timeframe. Prices are below the 20 SMA and the MACD is trading to the downside. As long as resistance at the 78.80 holds, a further decline back to the next relevant support at 72.00 may be expected. 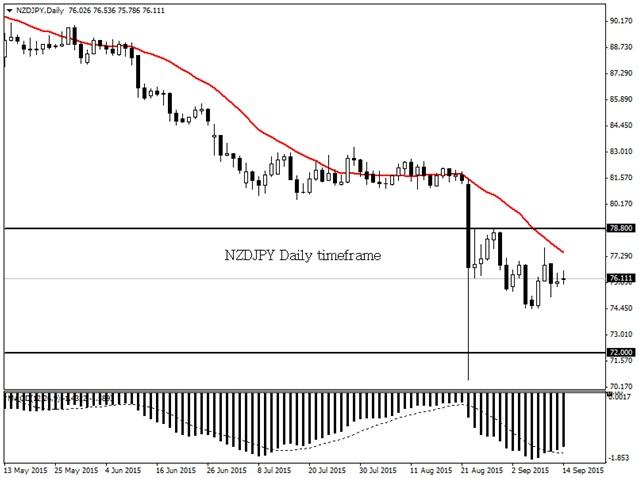 Even though the NZDCAD is bearish on the daily timeframe, the pair is currently in a range. Support can be found at 0.8300 and resistance can be found at 0.8450. Prices trade below the daily 20 SMA and the MACD trades to the downside. A breach below the 0.8300 support may open a path to the next relevant support at 0.8100. 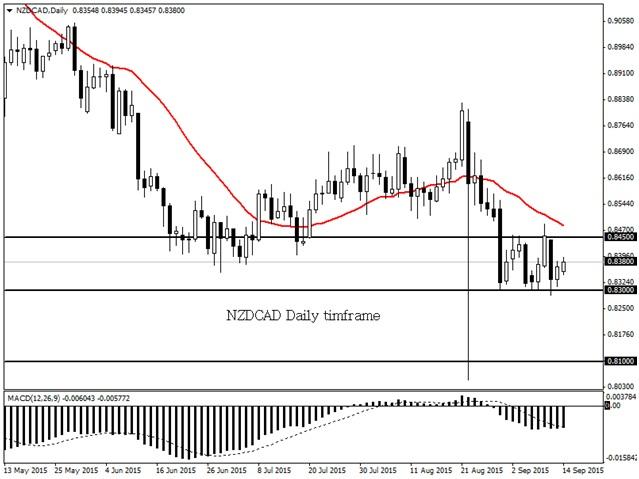 The NZDCHF remains bearish on the daily timeframe as long as prices can keep below the 0.6250 resistance. A breach and daily close below the 0.6050 support may open a path to the next relevant resistance at 0.5700. Technical lagging indicators such as the 20 SMA and MACD both point to the downside. 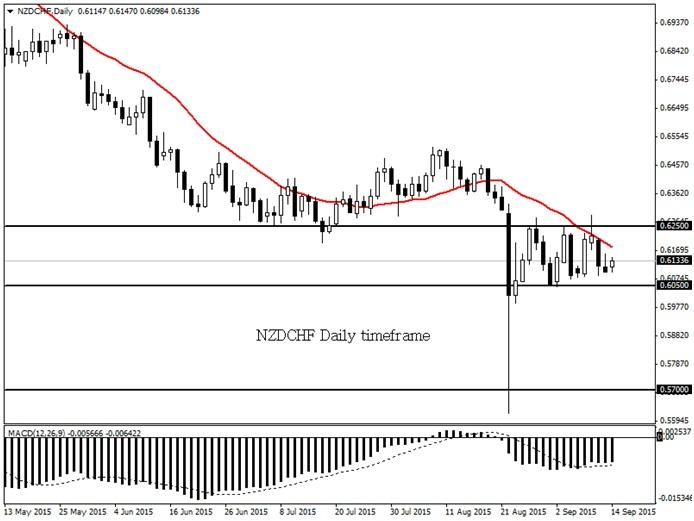