USDJPY buyers have emerged within the 109.66-109.84 zone (previous resistance-now-support) to contest the price pullback off a 1-year high of 110.96. The soaring 50- and 100-day simple moving averages (SMAs) are defending the near three-month rally off the 102.58 level, while a near completion of a bullish crossover of the 200-day SMA could further boost this outlook.

The advancing Ichimoku lines suggest that positive sentiment remains potent, opposing the minor price correction, while the short-term oscillators are reflecting mixed signals in directional momentum. The MACD is far above the zero mark although it has slid below its red trigger line, while the RSI is disputing its decline in the bullish region.

If buyers mould stable footing in this key support belt, initial upside constraints may come from the red Tenkan-sen line at 110.04 before this traction lifts the price to challenge the resistance boundary located between 110.74 and 110.96. Successfully resuming the climb may then propel the pair towards the critical 111.71 high. Overshooting this too, the vital resistance section of 112.22-112.40, involving a 10-month peak and a high that was identified in April 2019 could draw traders’ attention.

Summarizing, a dive beneath the 109.23-109.36 support could create doubt in the rally. Furthermore, to undermine the strong bullish picture, the price would need to correct below the 108.16-108.40 support and the supportive trend line. 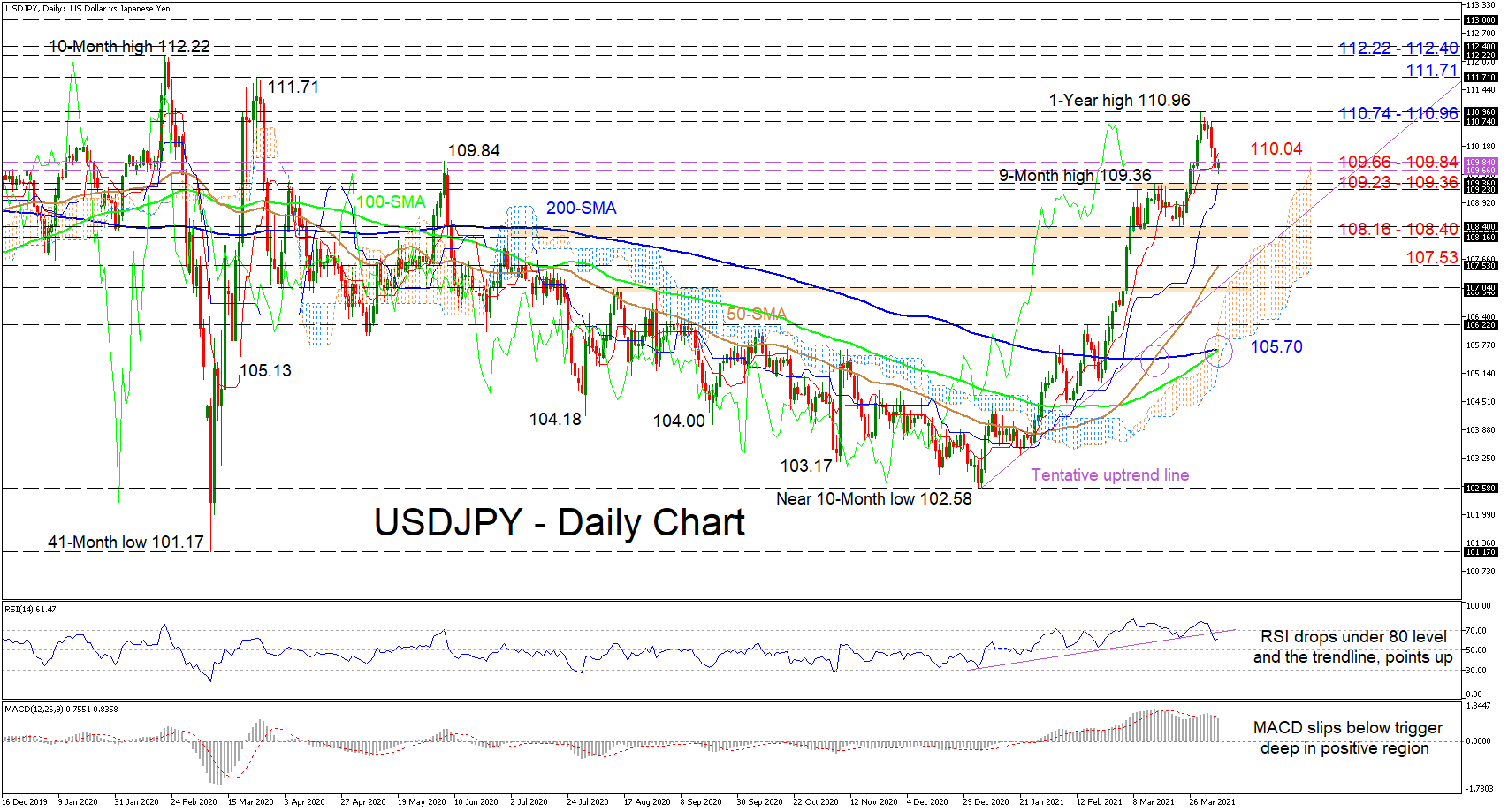