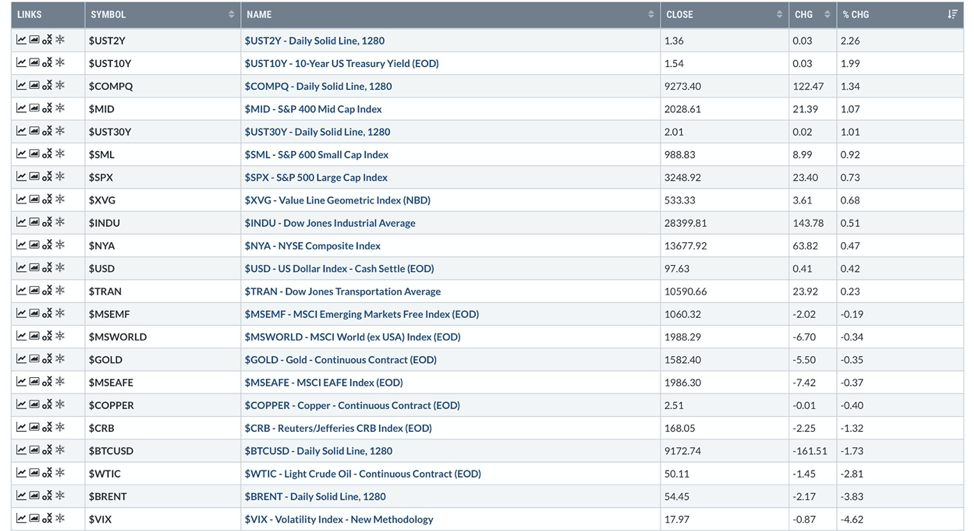 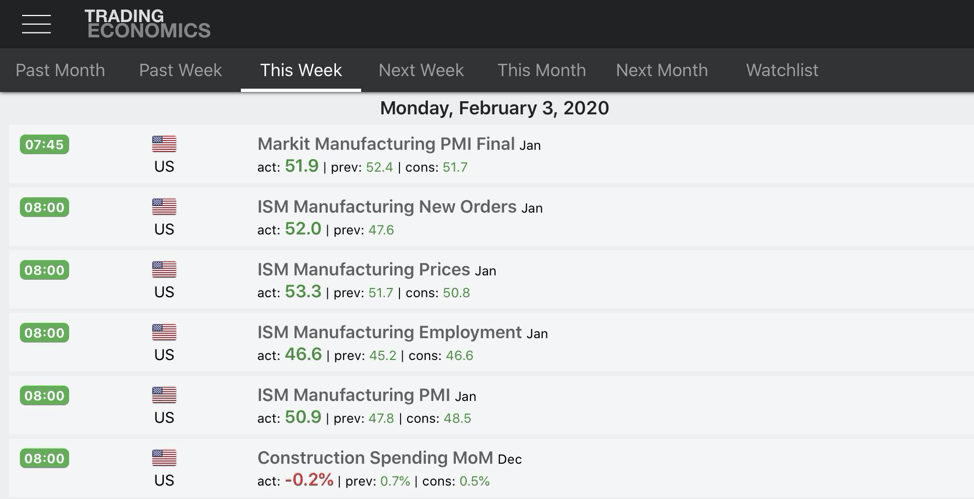 Semiconductors: Despite the coronavirus fears and the pullback in risk markets, the semiconductor sector remains in a positive trend relative to the broad market. In our opinion, this is an important sector to watch as a barometer of economic growth. When semiconductors are demonstrating relative strength versus the broad market, it is indicative of good economic conditions.

Framework: We had a few changes in our framework as of the close of January. Notably, the economic growth component improved from orange to yellow, indicative of improvement within a continued economic slowdown. Furthermore, market sentiment has dropped a few notches as the risk-free asset started to outpace international stocks in a couple time frames. Despite this, market sentiment is still green. Valuations have deteriorated further as US stocks are registering some of the most overvalued conditions ever witnessed historically.

Gold vs Oil: The coronavirus has become a catalyst for a major breakout in gold versus oil. As travel has halted and China oil demand set for a major setback, the conditions were perfect for a rally in precious metals relative to more cyclical segments of the commodity market. Gold is in a positive trend relative to oil and has broken above the 2018 high.

Chart of the Day: The coronavirus may leave California with a jet fuel glut. The price in the Los Angeles wholesale market was the cheapest yesterday since August 2017 due to waning demand in China after flights were canceled. Speculation is increasing that an influx of fuel from Asia may swamp West Coast refiners. 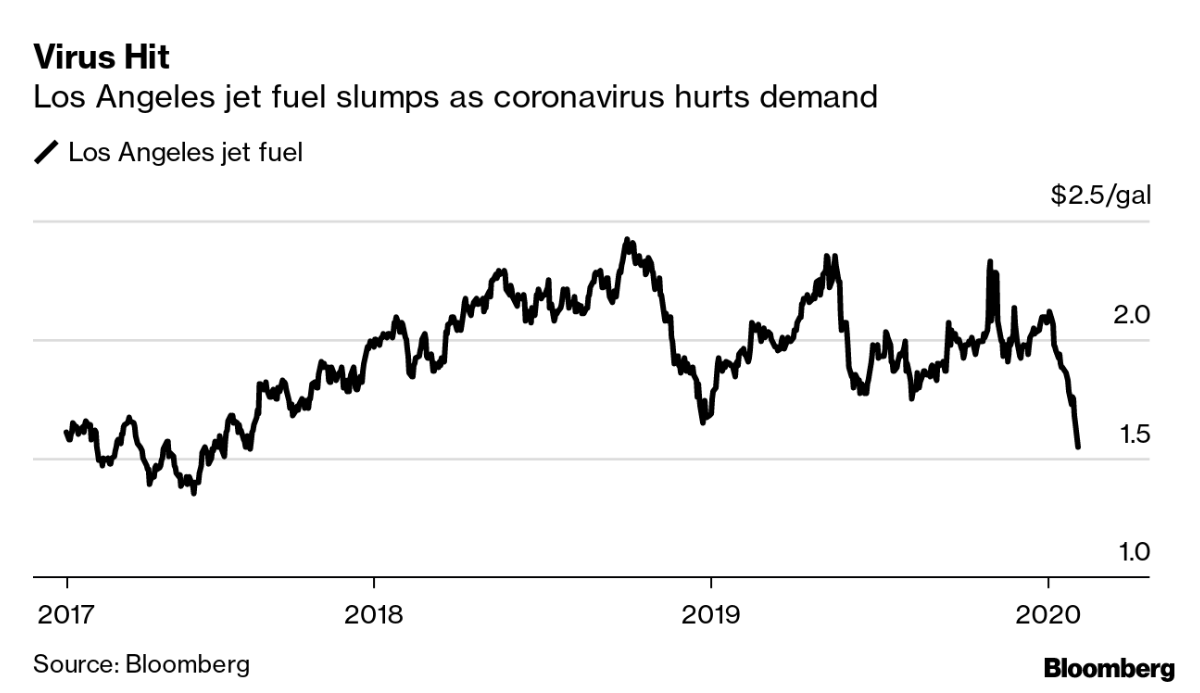 The Iowa caucuses devolved into political embarrassment for the Democratic party and left candidates and voters hanging. Results won't be released until at least this morning. "Inconsistencies" were found from some precincts after new technology and more complex rules were introduced. Several campaigns declared victory using their own internal numbers. Follow our live blog for all the updates and here's our QuickTake on the complexity of caucuses.

Today's State of the Union address may see Trump take credit for a strong economy, new trade deals and an immigration crackdown as he seeks to divert attention from his impeachment. On that, a Senate acquittal will come tomorrow and the only question left is whether any Democrats, especially those in Trump-leaning states, will vote with the GOP.

Stocks rose globally, with shares in China gaining after yesterday's big sell-off. Treasuries and gold sank, oil was up and the dollar was steady. The Aussie moved higher after the RBA held rates and suggested it wasn't in a hurry to ease further.

Coronavirus latest: A death was reported in Hong Kong in what would be the second fatality outside mainland China, where the number of cases has topped 20,000. The death toll rose to 427. Casinos in Macau are being asked to temporarily close. Here's our Virus Update and everything you need to know about the virus.

OPEC+ technical experts meet today to assess how the virus may hurt oil demand. Their appraisal will help decide if an emergency ministerial meeting is held this month to consider new production cuts. Saudi Arabia is pushing for a gathering and Russia said it's ready to participate after Vladimir Putin and King Salman bin Abdulaziz spoke by phone yesterday.

AUD/USD keeps its range near two-month highs of 0.7375 despite a big miss on the Australian Q3 Capex data. The bulls retain control as the US dollar remains on the back foot across the board, in the face of renewed US economic growth concerns.

USD/JPY drops over 20 pips in Asia to test Wednesday's low. USD/JPY is feeling the pull of gravity with the dollar drawing offers, possibly on disappointing US data released Wednesday. Disappointing US jobs data and dovish Fed minutes weigh over the dollar.

Gold hovers within the range of Wednesday's Doji candle

Markets return to normal, and traders may be loving it

Calendar comeback – currencies begin moving to the tune of economic indicators, a welcome return for traders. Valeria Bednarik, Joseph Trevisani, and Yohay Elam discuss the latest market moves and what to expect in the final stretch of 2020 and beyond.