Stocks in Asia fell sharply overnight and European bourses are set to open on the back foot as escalating geopolitical tensions take centre stage.

China is planning a new, controversial security bill which will be inserted directly into Hong Kong’s mini constitution, bypassing the territory’s Legislative Council. This legal show of force threatens to open old wounds and reignite the pro-democracy demonstrations which mired the financial hub and weighed on the economy at the turn of the year. President Trump has been quick to respond warning China over such action and threatening sanctions.

US and China have been on a collision course for several day. Today’s report that Chins is considering limiting freedom in the financial hub of Hong Kong appears to the straw that broke the camel’s back.

China will remain very much in focus. Today marks the start of the week-long Chinese annual parliament, which sees China’s senior officials deliver their plans for a whole range of issues, including defence diplomacy and relations with the US.

The annual Parliament comes at a time when relations between US ad China have worsened significantly following the outbreak of coronavirus.

The parliament is expected to take a sombre tone, with China already dropping its GDP target for the first time and pledging additional spending as its economy takes a hammering from the covid-19 outbreak. The Chinese economy contracted -6.8% in Q1 its first contraction in decades after the coronavirus outbreak paralysed production and hit spending.

Oil has dropped 5% in early trade, snapping an impressive 6 session winning streak, on the back of worsening US – China relations and China’s commission of a GDP target. Despite WTI heading back towards support at $30, it remains on target to gain 9% across the week.

The data made for grim reading. However, the pound was unfazed, holding onto its gains versus the Euro and maintaining its -0.1% decline versus the US Dollar, finding support at $1.22. A fall below this level could see more bears jump in. The data comes following better than expected service sector and manufacturing PMI’s in the previous session.

Dire data has been firmly priced in. Pound traders are more interested in the easing of lockdown restrictions and any headaches that Brexit will bring ahead of the key deadline next month. 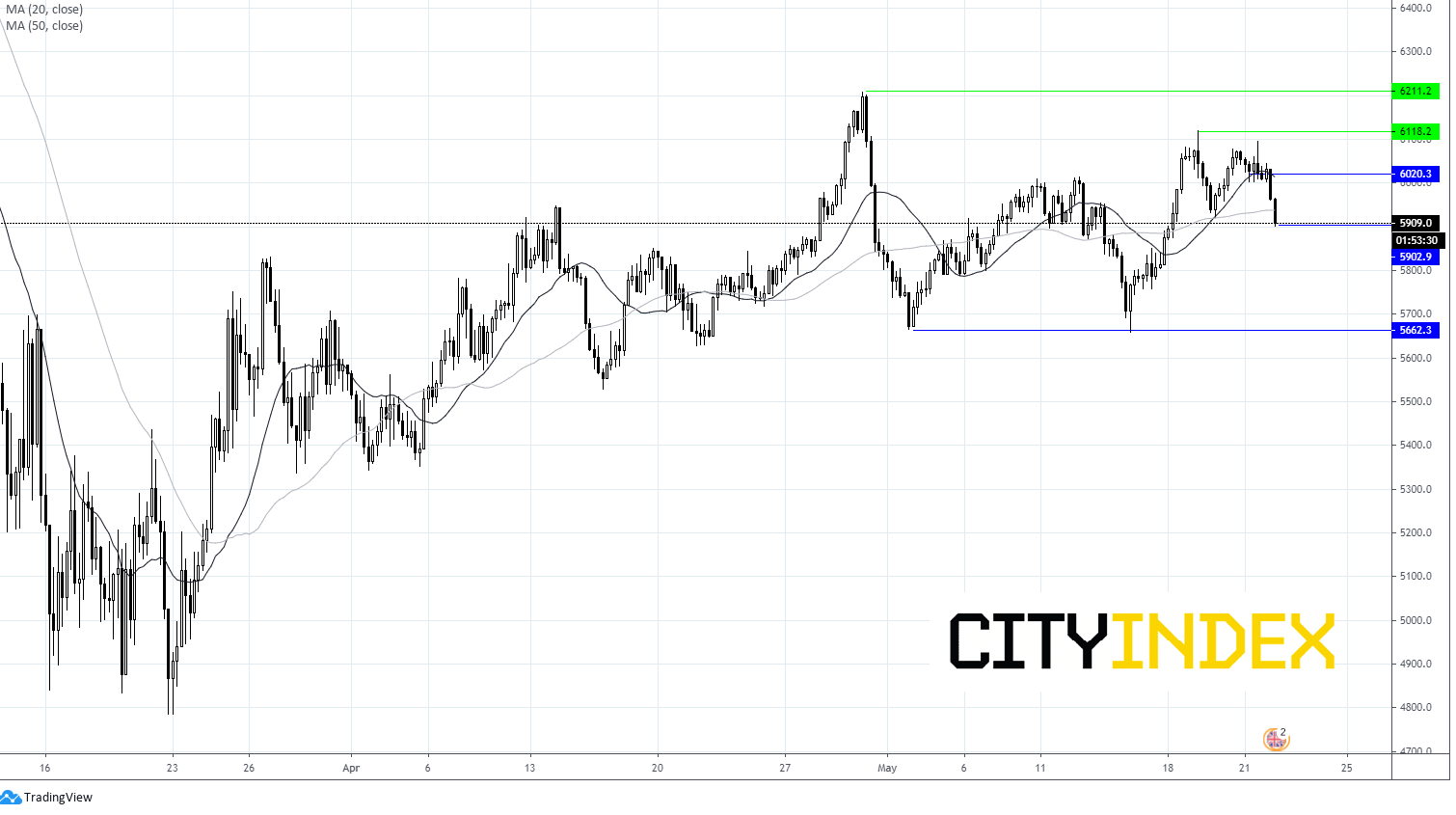