The new round of dovish tones from the central banks (FOMC, RBA and yesterday BOE) weighed on investor sentiment yesterday. There was a weak end to US equity trading with all three major indices down close to 1% and the key Nikkei 225 has closed down over 2% today. 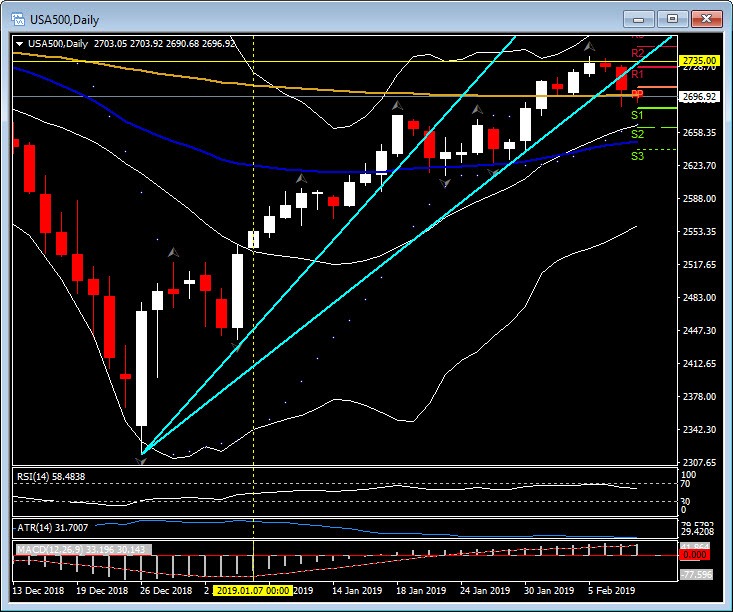 As the risk sentiment cools the ripple out to the FX markets is beginning to show signs too; USD remains strongly bid with the USAIndex up over 1.1% this week. The 20-day moving average was breached Monday (February 4), the 50-day moving average and 96.00 level was broken on Wednesday (February 6), now resistance sits with R1 at 96.50, R2 and the upper Bollinger band at 96.5 and R3 96.80. 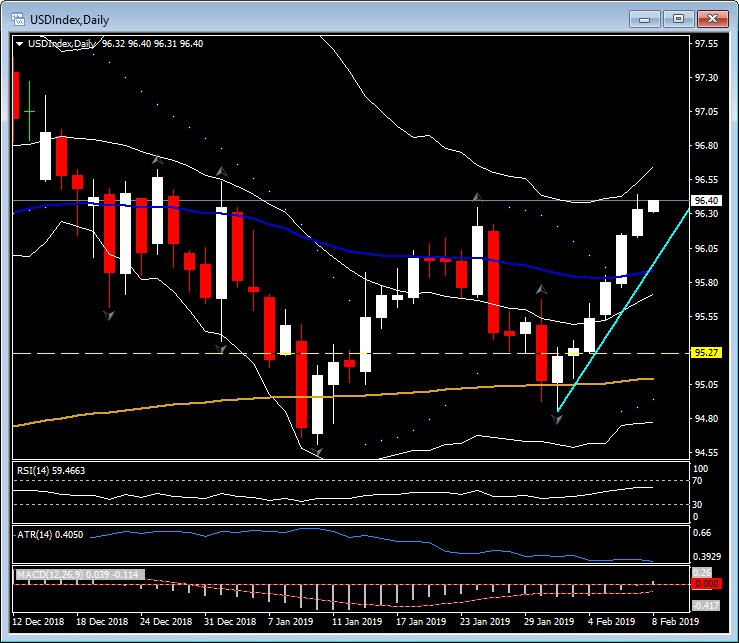 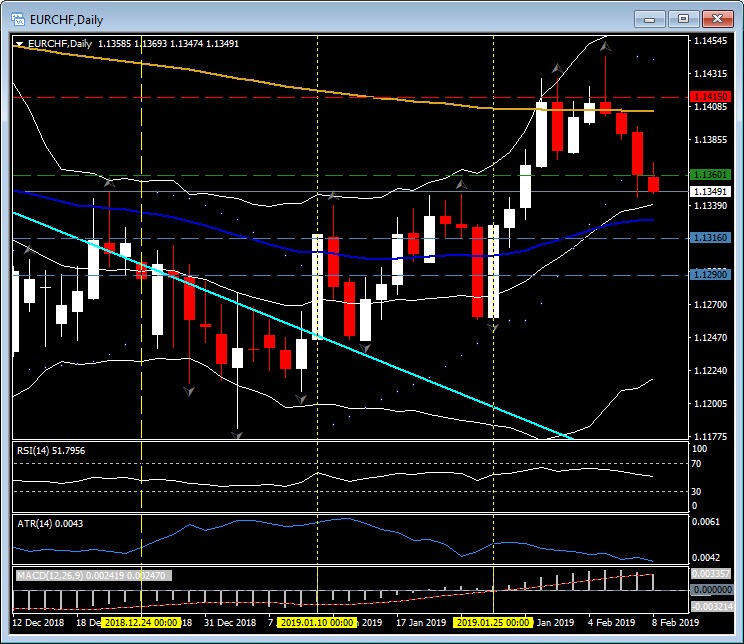 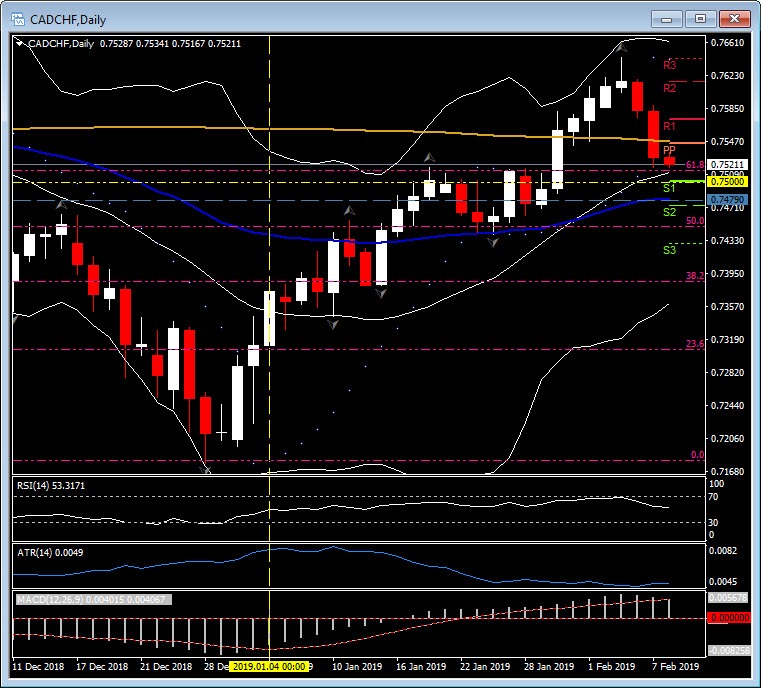 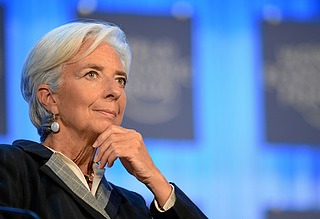