European bourses are opening firmly on the front foot in a risk on relief rally as Joe Biden wins the race to the White House. Whilst Trump still refuses to accept the result, this isn’t affecting the joyous mood in the market, at least for now.

The expectation is that Biden’s policies will be less confrontational than Trump’s which, combined with a spilt congress meaning less regulatory reform whilst making tax hikes unlikely – a Joe Biden win is looking like a win for the markets. A lot of this was priced in in last week’s impressive rally, however the risk on trade is spilling over into this week.

European bourses are advancing, US futures are pushing higher and even oil is rebounding after a tough previous week. However, the outlook could darken slightly from here given that Biden could also struggle to push a big covid fiscal stimulus package through congress. Whilst a rescue package is still possible, a larger package is unlikely putting more pressure on the Fed to act. The markets will be following stimulus talks closely across the lame duck period ahead of Joe Biden’s inauguration in January.

With covid cases in the US surging and the total number of cases stateside nearing 10 million, the pressure is on for a deal. Oil for the time being is focusing on the Biden win, with Brent trading over $40 per barrel. However, without a big rescue package and as more of Europe locks down, this level is unlikely to hold for long.

Brexit is very much back in focus as Michel Barnier returns to London to resume Brexit trade talks with his UK counterpart David Frost. Boris Johnson was sounding more upbeat over the chances of a deal after speaking with EC President Ursula von der Leyen saying that a deal was there to be had. However, differences remain over fisheries and a kevel plating field. Pressure is once again mounting as a mid-month soft deadline comes into focus. There is a good chance that rising covid cases and Joe Biden in the White House, who has previously cast doubt on Boris Johnson’s Brexit moves could focus minds to get a deal done. GBPUSD trades just shy of $1.32 amid risk on USD weakness and cautious pound strength.

BoE’s Andrew Bailey could move GBP when he speaks this morning regarding covid and its impact. 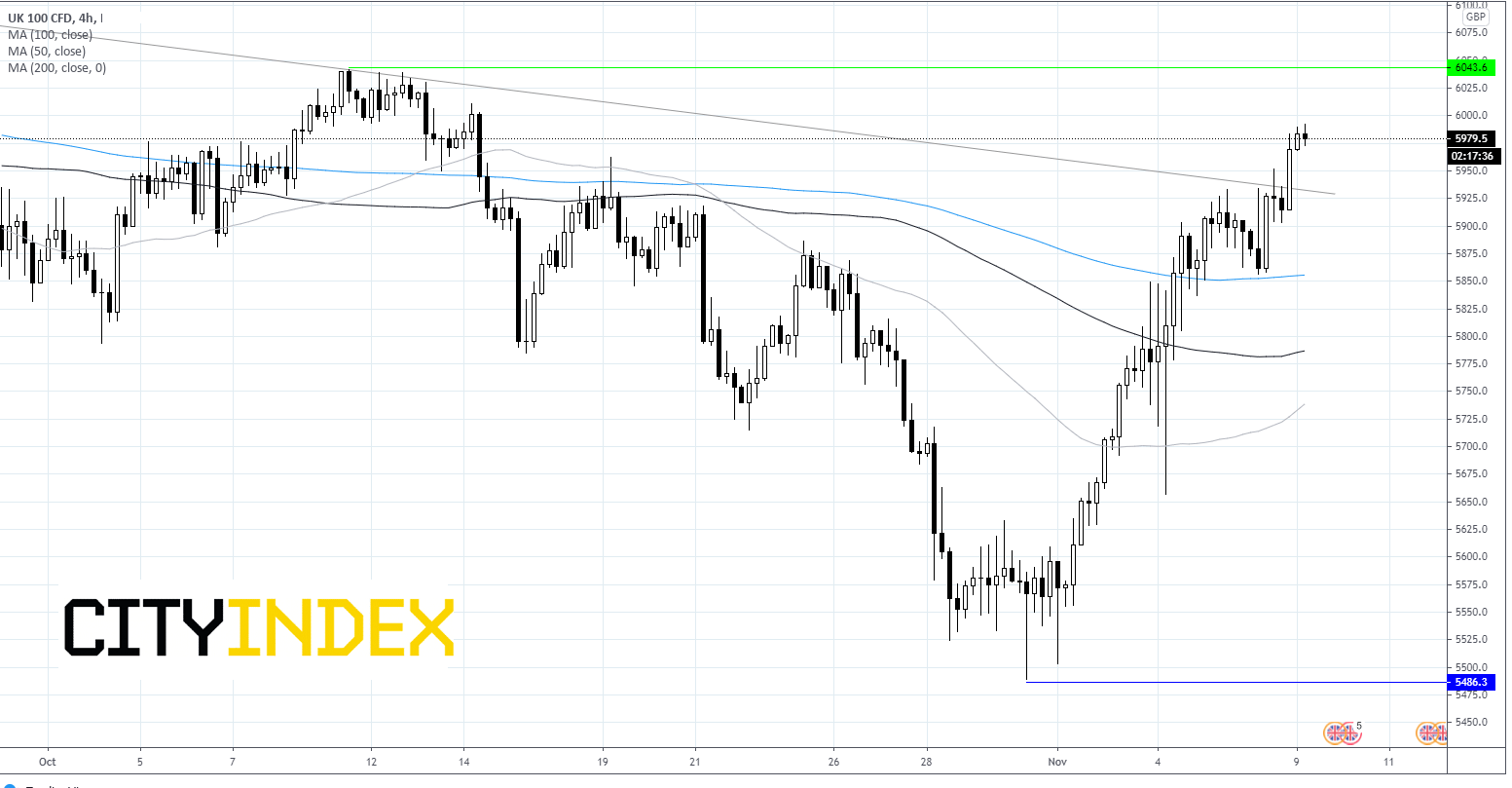 EUR/USD is trading above 1.22 but off the highs. US Durable Goods Orders jumped by 3.4% in January, better than expected, and jobless claims surprised with a fall to 730K. Q4 GDP upgraded to 4.1%, as expected. The dollar is down despite falling stocks and rising US yields.

XAU/USD drops further to $1770 ahead of critical support

Gold dropped further during the American session and bottomed at $1769, the lowest level since last Friday. The metal erased weekly gains and is back below $1780 as US yields keep rising.

US equity markets look for direction on Thursday with mixed signals leading to steady and slightly lower trade. Inflation concerns haven't gone away as the US 10 year hits another year high at nearly 1.5%.

Crypto bull run on track amid surge in US inflation expectations

The crypto bull run has taken a breather after the gruesome drop in value at the beginning of this week. Bitcoin led the freefall, dropping from $58,000 to $45,000. Generally, all cryptocurrencies retraced and are now holding above key support levels to prepare for another upswing to new yearly highs.

US Dollar Index remains depressed below 90.00

The greenback manages to bounce off weekly lows near 89.70, although it keeps navigating a sea of red when gauged by the US Dollar Index (DXY).