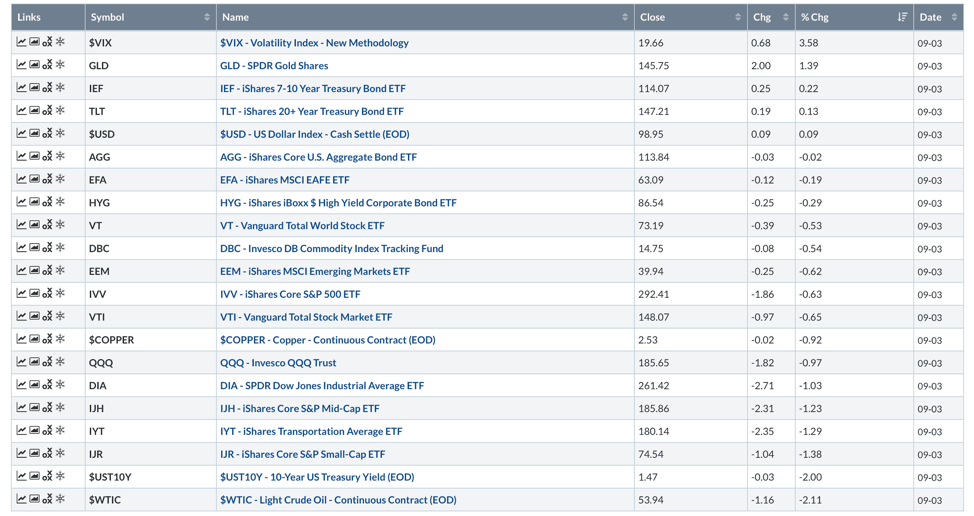 Economic Data: The big data release today was the ISM manufacturing report for August. It came in at 49.10 which is below the all-important line of demarcation, 50. Above 50 means that the manufacturing sector is expanding. Below 50 suggests that manufacturing is contracting. This is yet another indicator that has caught up to the reality that economic growth is slowing in the U.S. and abroad. Market prognosticators want to blame this on trade wars and tariffs, but the data has suggested a slowing trend since the middle of last year. Construction spending picked up slightly last month, up 0.06%. 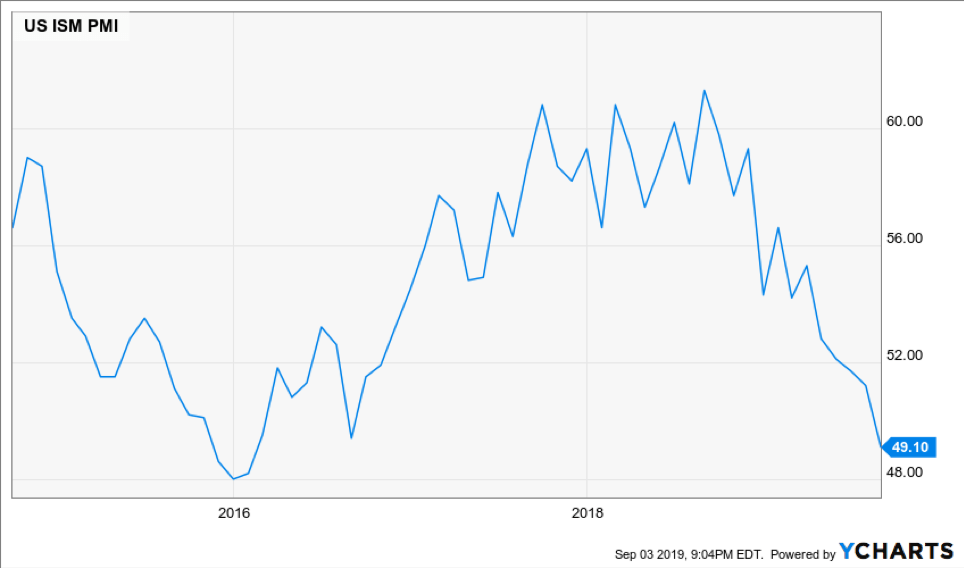 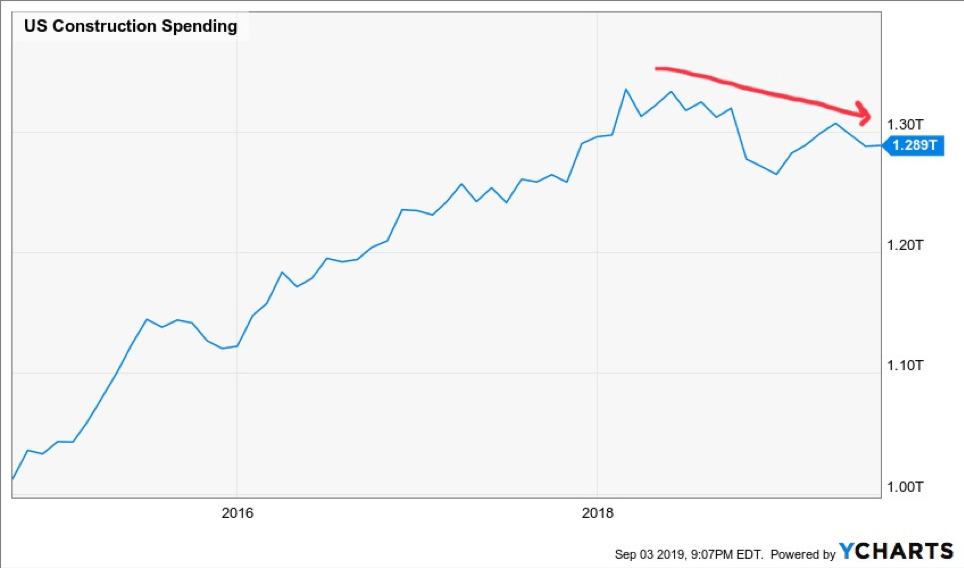 Volatility: Volatility is consolidating above its 200-day moving average and remains in a positive trend. The consolidation is suggestive of a period of indecision. Will the trend remain, and volatility break out to the upside? Or will volatility break down and equities stage an impressive breakout above the recent resistance?

S&P 500: The S&P 500 has been trading in a tight range above its 200-day moving average as well. It is peculiar that the market and volatility are both in positive trends while the global economy continues to slow. A breakout of 295 on IVV suggests a visit to all-time highs. A break below 285 suggests a date with the 200-day moving average. Which will it be?

Copper: If Dr. Copper offers any clues as to the future direction of risk markets, it is not encouraging. Copper broke to new lows today and continued the negative trend that started last year. Copper peaked in June of 2018, while the overall market peaked in September. It briefly reversed into a positive trend this year, only to peak in April. Since then it has diverged directionally from US stocks. Dr. Copper is breaking down, clearly a risk off signal.

Market Trend: The risk-free asset remains above high yield bonds, international equities (including emerging markets), and U.S. stocks over 3-month, 6-month, and 12-month trailing time periods. Defense should remain on the field. In an attempt to illustrate the negative trend in these asset classes, we show the ratio charts of high yield, U.S. equities, and international equities versus 7-10 year Treasury bonds. The charts show how all of these ratios are below their 200-day moving averages and most have broken key support.

Earnings: After the ISM report, it appears as if earnings are going to be worse than expected. The new orders component of the ISM report suggests that weakness should continue. In other words, the long-awaited second-half rebound is probably going to remain elusive. Chart courtesy of Nordea.

How bout some good news... Amazon was up on the day and is currently holding above its 200-day moving average. Also, the cumulative advance-decline line for the NYSE is close to all-time highs and is in a strong positive trend. At least historically, this index of market breadth has broken down ahead of equity markets. 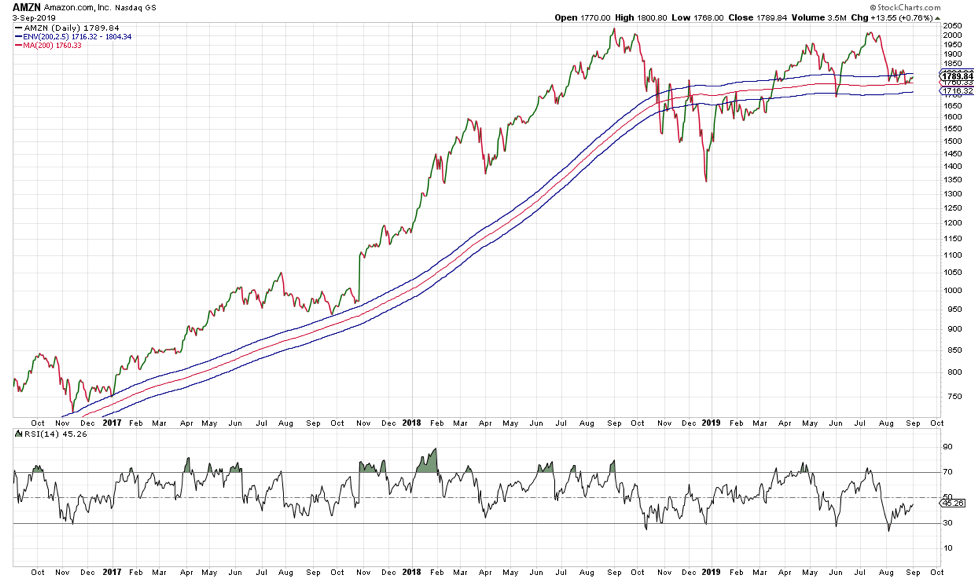 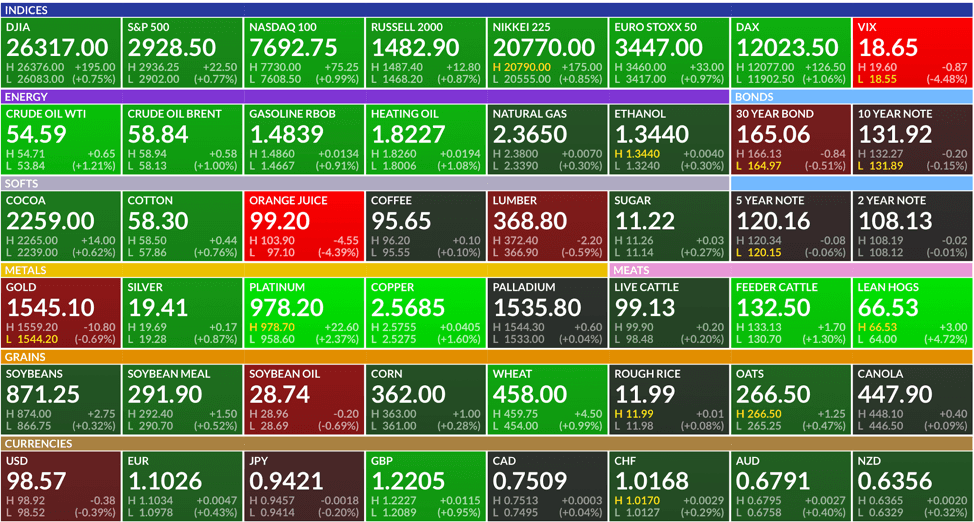 Hong Kong's Carrie Lam formally withdrew a bill that would have allowed extraditions to China. The move meets just one of five demands set by protesters, making it unclear if it will end months of demonstrations that have led to more than 1,100 arrests. European luxury goods companies, Asia-exposed banks and Hong Kong stocks jumped on the news. Follow along with our live blog.

Gold will surge above $1,600 an ounce in the first quarter as the Fed embarks on a quartet of rate cuts, according to BNP Paribas. But Fed officials differed on the need for a September reduction. St. Louis President James Bullard said last month's slump in U.S manufacturing warrants an "aggressive" cut, while Boston chief Eric Rosengren said the economy remains "relatively strong" despite clearly heightened risks.

Hurricane Dorian lashed Florida as a Category 2 storm and may move near or even over the coast of the Carolinas through Friday, the NHC said. President Trump declared a state of emergency in North Carolina and a storm surge watch was extended into Virginia. At least seven people died in the Bahamas and Grand Bahama is 70% under water.

Boris Johnson's Brexit plan is in tatters after he suffered a humiliating defeat in Parliament. Opponents will today submit a bill to delay Brexit by three months to avoid a no-deal split. The U.K. leader has repeatedly rejected a delay and said he'll seek a snap general election if it succeeds. But he needs the support of Labour for an election. Read our Brexit Bulletin for the latest.

Risk assets rallied on the prospect of a return to calm in Hong Kong. U.S. stock-index futures tracked gains for equities in Europe and Asia, while oil climbed and most industrial metals jumped. Treasuries slipped with the dollar, while havens including gold and the yen also dropped. The pound extended gains after lawmakers took steps to block a no-deal Brexit.