Labor Productivity and Cost from BLS, chart by Mish 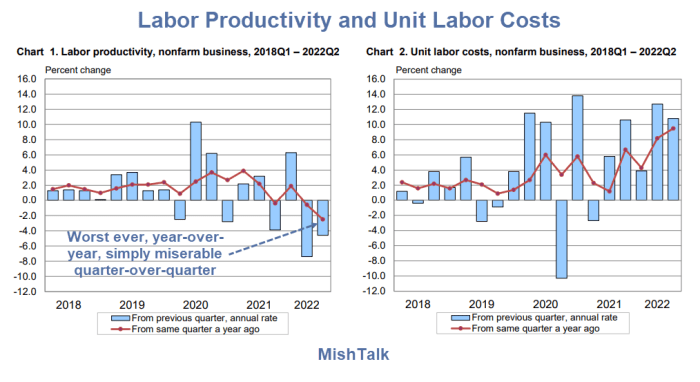 Labor Productivity and Cost chart from BLS, annotations by Mish

Unit labor costs in the nonfarm business sector increased 10.8 percent in the second quarter of 2022, reflecting a 5.7-percent increase in hourly compensation and a 4.6-percent decrease in productivity. Unit labor costs increased 9.5 percent over the last four quarters. This is the largest four-quarter increase in this measure since a 10.6-percent increase in the first quarter of 1982. BLS calculates unit labor costs as the ratio of hourly compensation to labor productivity. Increases in hourly compensation tend to increase unit labor costs and increases in productivity tend to reduce them. Labor productivity, or output per hour, is calculated by dividing an index of real output by an index of hours worked by all persons, including employees, proprietors, and unpaid family workers. The second quarter of 2022 is the second consecutive quarter in which output decreased while hours increased. The resulting productivity declines over these two quarters reduced the average annual productivity growth rate since the fourth quarter of 2019–the last quarter not affected by the COVID-19 pandemic–to 0.6 percent in the nonfarm business sector. Output and hours worked in the nonfarm business sector are now 2.9 percent and 1.5 percent above their fourth-quarter 2019 levels, respectively. 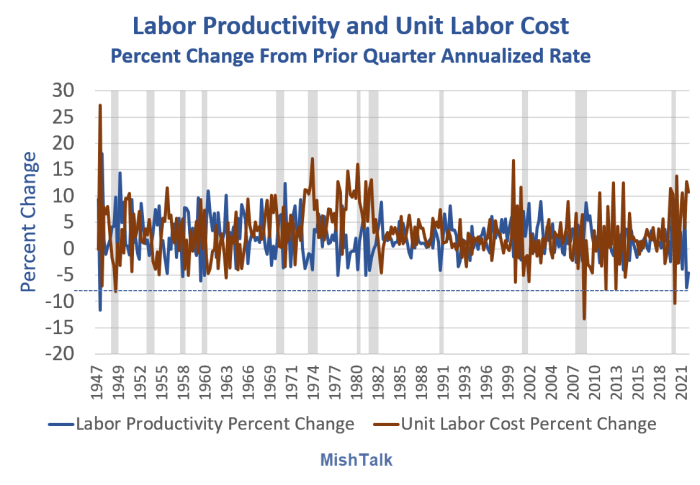 The long-term chart of the entire data series dating to 1947 puts the huge 7.4 percent decline in 2022 Q2 into proper perspective. 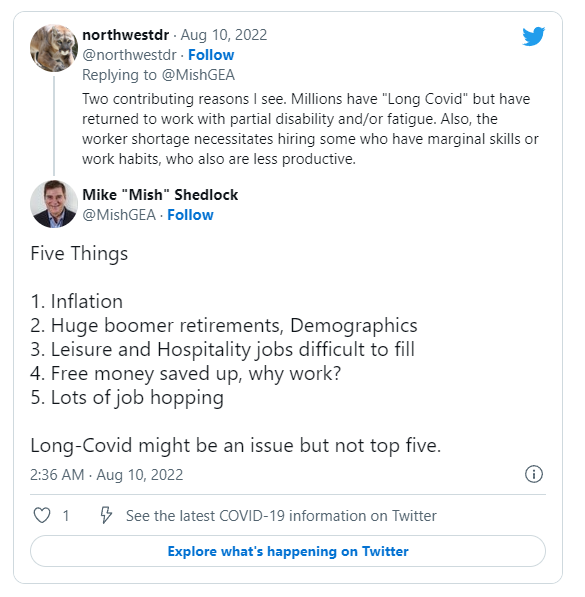 The Fed's decade's-long effort to produce sustained inflation was a remarkable "success".

The Fed never bothered to take a bow. Instead, it's chasing its tail.

On Wednesday, the BLS releases the CPI report for July.

I expect rent to be on the hot side, energy to be neutral to cool.