The RBNZ met this week and took a decidedly hawkish tone. The RBNZ recognises that annual inflation remains too high at 7.2% and it hiked by 75bps to 4.25%. This 75 bps was expected, but the surprise was that the RBNZ now sees itself needing to hike interest rates at a faster pace.

The committee started its statement with these words, ‘The OCR needs to reach a higher level, and sooner than previously indicated’. So this tells us the RBNZ will be hiking more quickly and doing so for longer. It now expects to reach a high of 5.5% in Q3 2023 which is up from the prior reading of 4.1% expected.

A 100 bps hike was expected

On top of this, the committee had discussed the potential of a 100bps hike. This makes sense when you consider that RBNZ’s next decision will be in February 2023. The RBNZ needs a recession to bring inflation down to the 1-3% target range. The RBNZ recognised that near-term inflation expectations have risen, so it is keen to counter the upside inflation risks with firmer action now.

The main point to take from the RBNZ is that it is more fully focused on tackling inflation. However, has this really hugely changed RBNZ’s outlook? It could be argued that it does, but the outlook for the RBNZ was already hawkish. So, a lot of that NZD strength has already been priced in. This makes trading it tough, however, an AUDNZD sell bias would be reasonable as long as the risk was carefully managed. This would allow a conviction outlook as lots of NZD strength is already priced in. 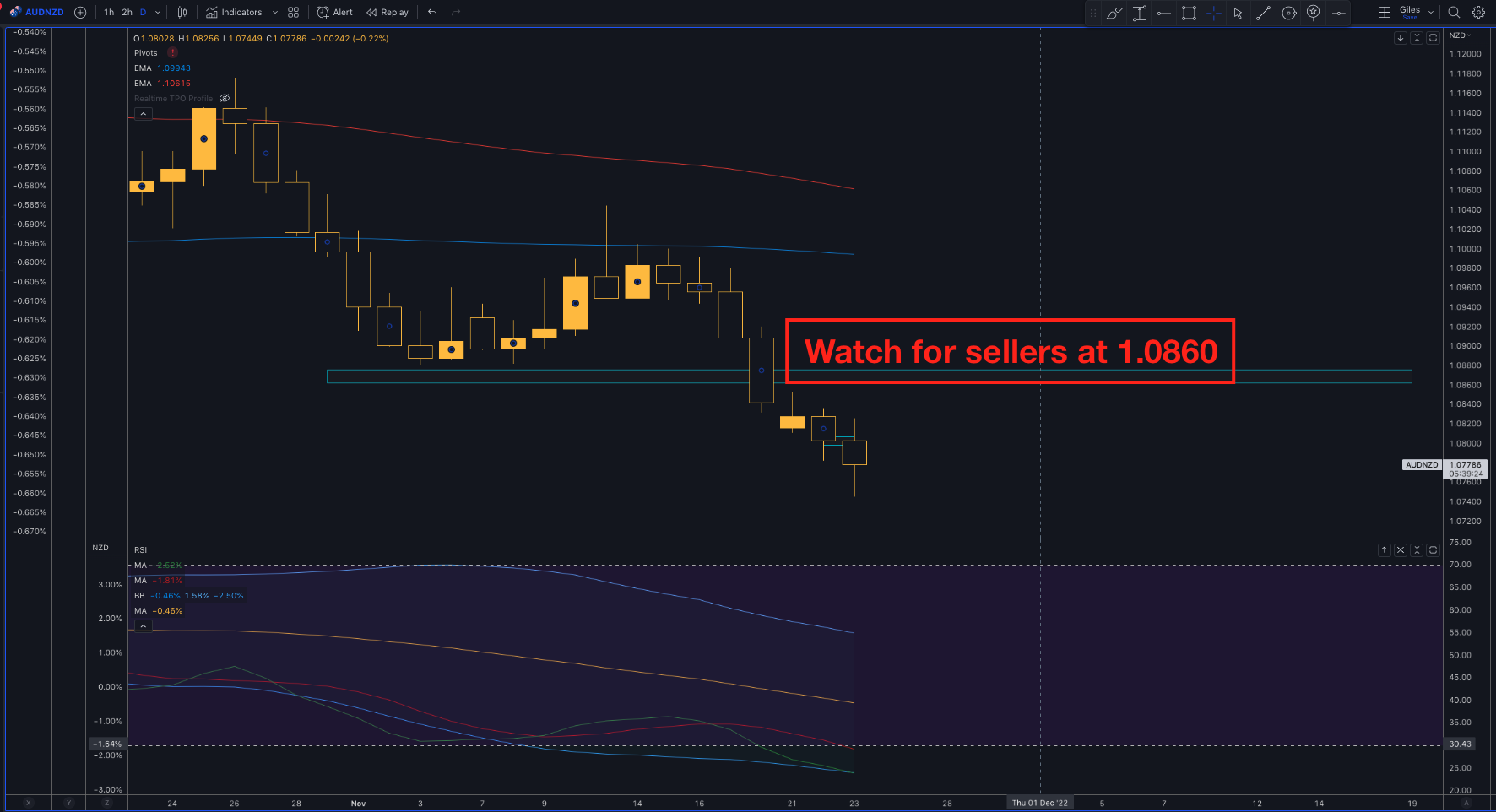