The British pound is wavering after the relatively mixed economic data from the United Kingdom. According to Markit, the country’s manufacturing PMI increased from 58.9 in March to 60.9 in April. This was a better performance than the median estimate of 60.7 and is an indication that the UK economy is doing well. Further data by the Bank of England showed that mortgage approvals declined from 87.39k in February to 82.74k in March. The figure was lower than the expected 92.3k. However, the mortgages lent increased from 6.4 billion pounds to 11.83 billion. These numbers came a day before the Bank of England (BOE) is set to start its monetary policy meeting.

The Australian dollar declined after the latest Reserve Bank of Australia (RBA) meeting. The bank left interest rates, quantitative easing, and yield curve policy unchanged. It also boosted its economic forecast and announced that it will decide whether it will move to the third tranche of QE in the June meeting. It will also decide whether to shift yield curve control to target November 2024 from the current April 2024. Further, the RBA said that it expects the Australian economy to rally by 4.75% in 2021 and moderate to 3.5% in the coming year. It also expects that the overall unemployment rate will drop to 5.0% this year.

The Canadian dollar continued to ease against the US dollar after the latest data from Canada. The data showed that the country’s exports rose from C$49.86 billion in February to more than $50.6 billion in March. In the same period, imports increased from more than C$48.82 billion to $51.7 billion. As a result, the overall trade deficit widened to more than C$1.14 billion. The data came a few days before the country is expected to release the latest jobs data. Meanwhile, in the United States, exports increased to $200 billion while imports rose to $274 billion. The trade surplus widened to more than $75 billion.

The USD/CAD pair tilted upwards after the latest Canada and US trade numbers. On the hourly chart, the pair has formed an inverted head and shoulders pattern that is usually a bullish sign. The pair has also managed to move above the 25-day and 15-day moving averages (MA). The Relative Strength Index (RSI) and the MACD have also been rising. Therefore, there is a possibility that the pair will continue rising as bulls target 1.2355, which is at the 23.6% Fibonacci retracement level. 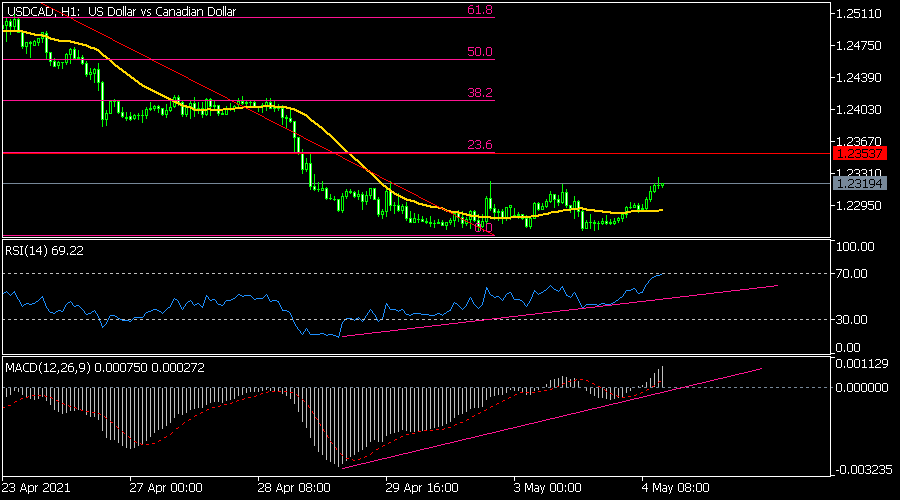 The AUD/USD pair declined to a low of 0.7710, which was the lowest level since yesterday. On the hourly chart, the pair has moved below the 25-day and 15-day exponential moving averages (EMA) while the Relative Strength Index (RSI) is hovering at the oversold level. The pair is also a few pips above the important support at 0.7690. Therefore, it will likely keep falling as bears target the next key support at 0.7696, which was the lowest level on April 30. 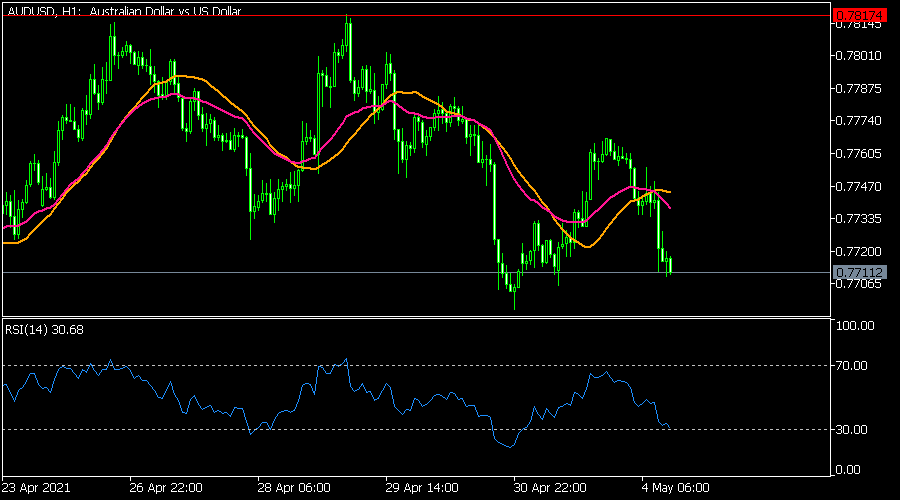 The EUR/USD pair retreated today as traders reflected on the EU and US economic divergence. On the hourly chart, the pair has moved below Friday’s low of 1.2015. The pair has also moved below the 25-day moving average while the average directional index (ADX) has risen while the MACD indicator has moved above the neutral level. Therefore, the pair may keep falling as bears target the next support at 1.1950. 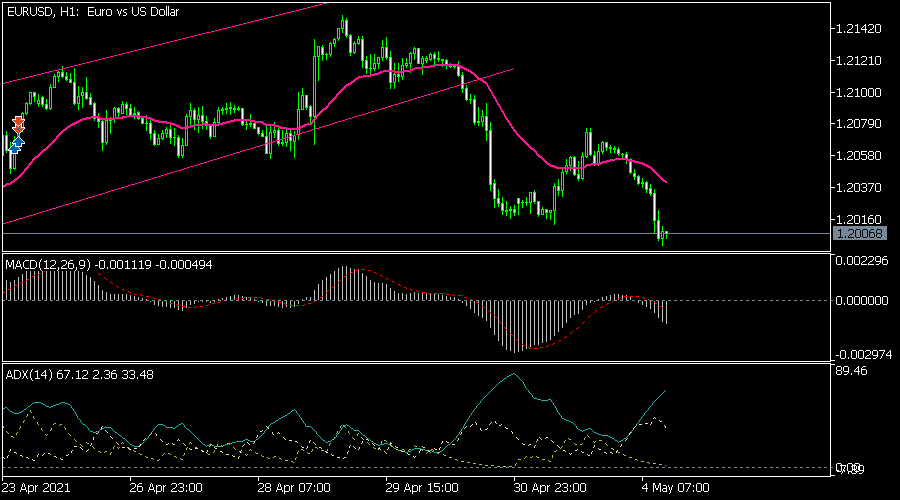