Canada's Dollar has declined by 101 pips or 1.44% against the Swiss Franc since last week's trading sessions. The CAD/CHF currency pair breached the 50-, 100– and 200– period SMAs this week.

Currently, the exchange rate is trading near the lower boundary of a descending channel pattern and could be set for a breakout.

If the breakout occurs, a decline towards the 0.6840 level could be expected during the following trading sessions.

However, if the channel pattern holds, bullish traders could pressure the currency exchange rate higher in the shorter term. 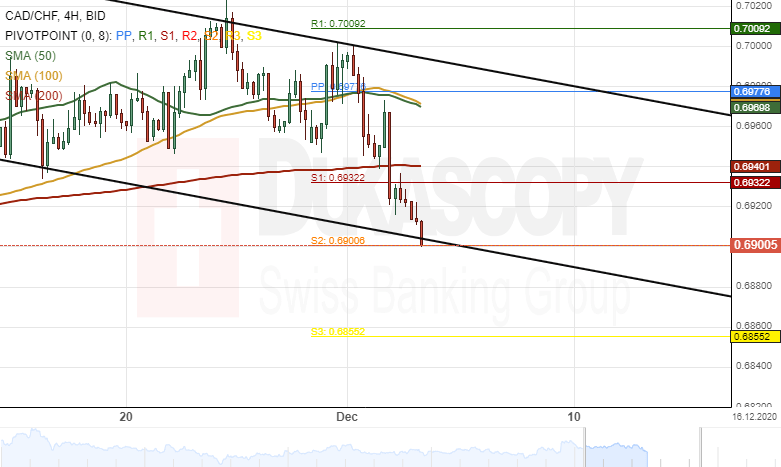 The Swiss Franc has surged by 2.68% against the Japanese Yen since November 20. The currency pair tested the 117.00 level during the Asian session on Thursday.

As for the near future, the CHF/JPY exchange rate could continue to trend bullish. A breakout through the upper boundary of an ascending channel pattern might occur within this week's trading sessions.

However, if the channel pattern holds, the currency exchange rate is likely to make a pullback towards the 115.40 level during the following trading sessions. 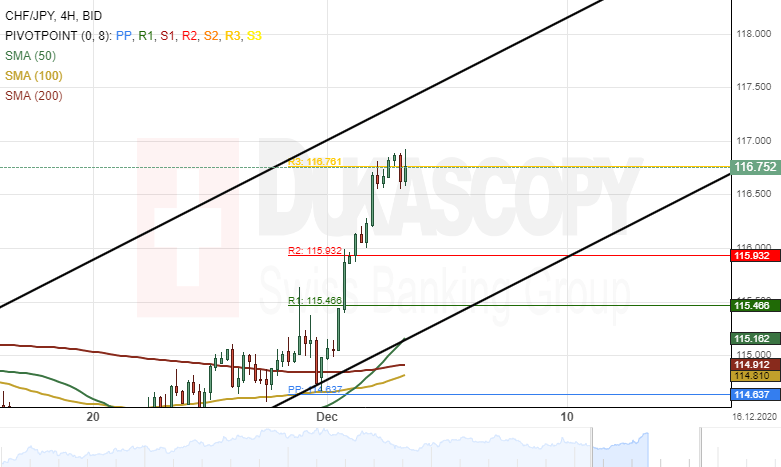 During November, the USD/THB currency pair dropped to the psychological level at 30.20.

Given that the exchange rate is pressured by the 55-, 100– and 200-period moving averages in the 30.28/30.70 range, it is likely that some downside potential could continue to prevail in the market.

Note that the currency pair could face the support level at 29.75. If the given level holds, a reversal north could occur. Otherwise, bears could continue to prevail in the market. 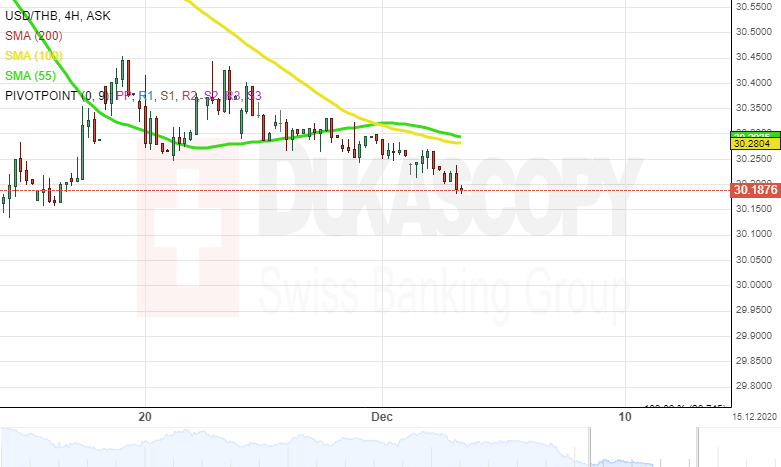 Since September, the USD/SGD exchange rate has been trading downwards within a falling wedge pattern.

From a theoretical point of view, it is likely that the currency pair could continue to decline within the predetermined pattern in the medium term. 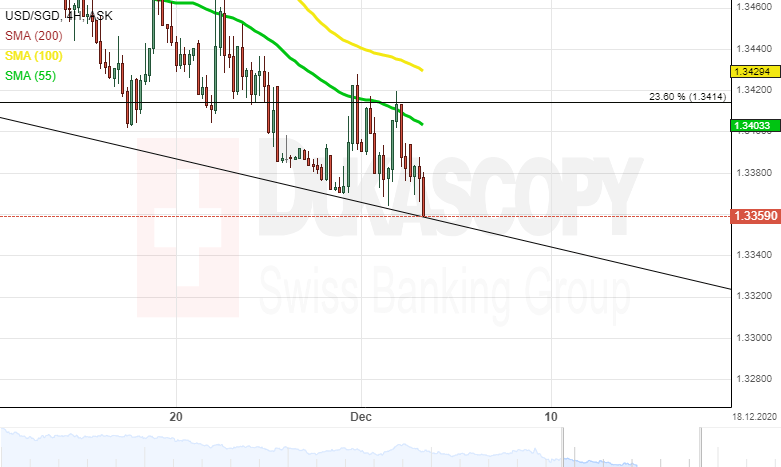