Crude oil prices closed yesterday near their 7-year highs. What do you think are the main price drivers prevailing for this surge on crude oil prices?

Crude oil prices closed yesterday near their 7-year highs, as an attack on an oil site in Abu Dhabi further strained an already tense market. The concern about the deterioration of the situation between Ukraine and Russia, which has been occurring for several days, has been overtaken by the attack on the infrastructures of the United Arab Emirates. On Monday, an attack probably committed by drones blew up three tank trucks near the Abu Dhabi National Oil Company (ADNOC)’s reservoirs.

This strike, claimed by the Houthi rebels in Yemen, killed three people and injured six others, without damaging the emirate's oil installations. Therefore, this attack increases the likelihood of seeing production losses at a time when supply is already very tight. On the other hand, the spread of the civil war in Yemen could signal that a new Iranian nuclear deal is out of the question anytime soon, thus depriving the market of Iranian crude oil barrels since the Houthi rebels are indeed close to Iran.

Still, in the Middle Eastern region, yesterday an explosion damaged an oil pipeline linking Iraq to Turkey through which some 450,000 barrels of crude transit per day, thus cutting off flow from Iraq. This news has boosted prices, making them reach new records. It appears now that this Iraq-Turkey pipeline was back in operation earlier this morning, according to the Turkish public company Botas.

As the market worries about supply, OPEC+ on Tuesday maintained its forecast for a rise in global demand for black gold in 2022, which would reach 100 million barrels per day.

Even the IEA has raised its forecast for oil demand this year and warned that the market could experience another year of volatility if supply disappoints. According to the agency, total demand should thus reach a level close to 100 million barrels per day this year. 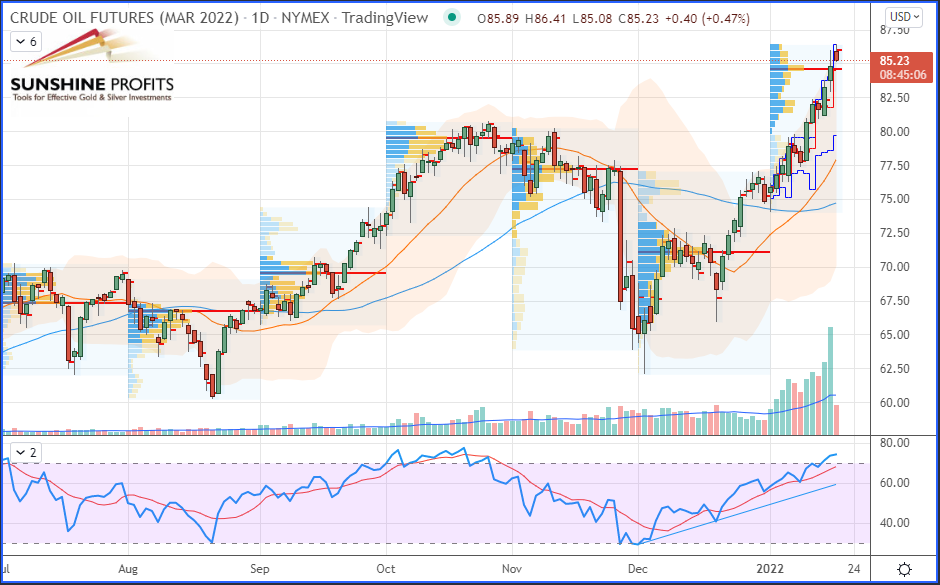 As you can see, there is currently a lot going on in the energy markets to maintain a high level of volatility. In particular, some fundamental drivers and news of supply disruptions and geopolitical tensions often push prices significantly higher. However, it is also interesting to note that they do not seem to be falling back to their previous level once the issues are resolved or when the tensions de-escalate.