Downside risks have continued to dominate the New Zealand Dollar against the Japanese Yen. The currency pair has depreciated by 0.45% in value since yesterday's trading session.

As for the near future, the exchange rate will most likely continue its southern movement. The potential target for bearish traders would be near a support cluster formed by the combination of the weekly S2 and the monthly S2 at the 0.6385 regions.

It is unlikely, that the currency exchange rate will surpass the support cluster during the following trading session. 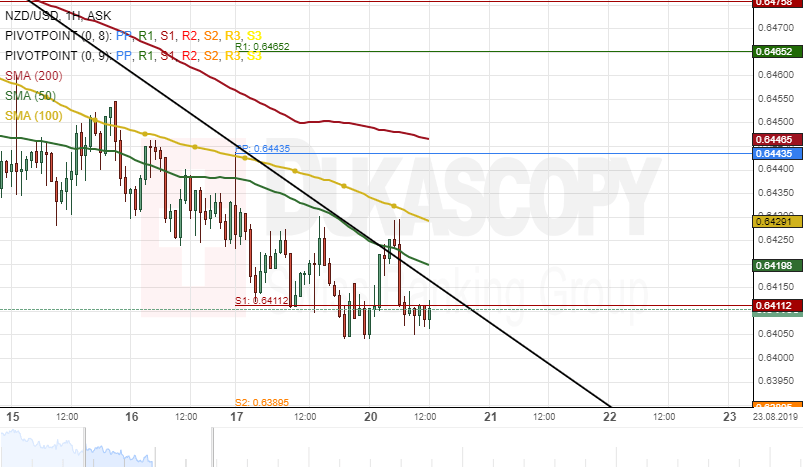