The Dollar has remained soft in concert with heavy US Treasury yields. Ranges have been narrow, though the USDIndex still edged out a one-month low at 91.05, extending the decline from the five-month high that was seen in late March at 93.44. The 10-year Treasury note yield has at the same time settled on a 1.560% handle, just a couple of basis points above last week’s five-week lows. The benchmark yield remains down by nearly 20 bp from the 14-month highs that were seen in late March. Amid the dollar softening theme, which lifted EURUSD beyond 1.2000 to seven-week highs at 1.2036, there, was a side theme of moderate yen outperformance, which aided USDJPY to a seven-week low at the key 108.00, while EURJPY and AUDJPY printed respective 11- and five-day lows.

Asia stock markets have remained underpinned, though the MSCI Asia-Pacific index remained off recent highs. S&P 500 E-mini futures was showing a 0.3% decline in early London trading, correcting after the cash version of the index closed on Wall Street at a record peak on Friday in what was its sixth consecutive weekly gain. Incoming corporate earnings will remain a focus, especially those of cyclical businesses.

European stock markets are mostly higher, although the DAX is slightly lower and overall moves have been muted as investors look to the earnings season and this week’s central bank meetings for fresh catalysts.

The global Covid vaccine supply capacity continues to ramp higher, and continental Europe seems to be past the point of peak pessimism, with infection rates steadying and the vaccine rollout set to accelerate in the weeks and months ahead. The sharp spike in Covid cases in India and, increasingly, Pakistan, are cause for worry, however, as it’s been driven by variant B.1.617, which has two ‘escape mutations’ that make it able to dodge antibodies. This variant has been detected in 77 cases in the UK. 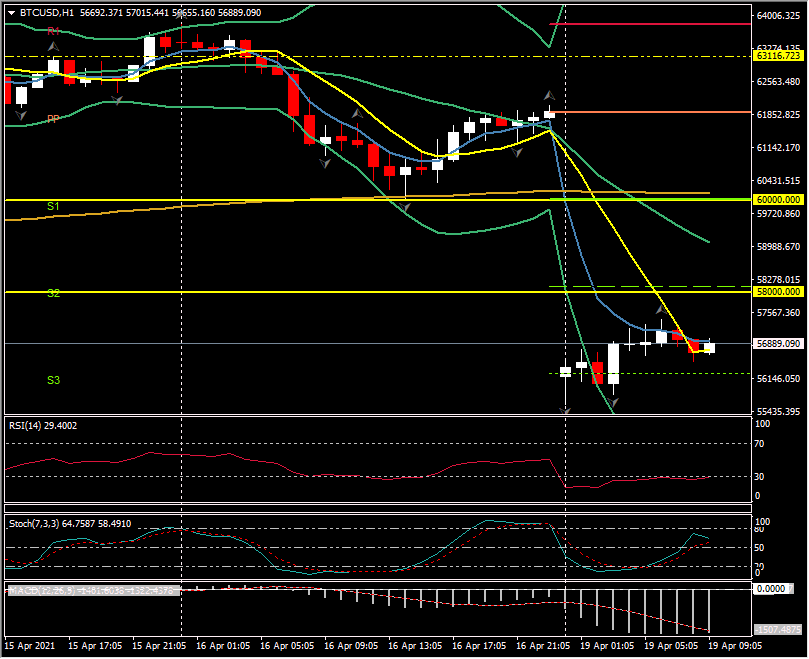