At midday in London, GBP was the strongest while the JPY was the weakest among major currencies. Stocks continued to push sharply higher following yesterday’s big rally. Oil and copper prices found further support, while safe-haven gold eased back after its earlier rebound. In other words, it was risk ON at the time of writing. 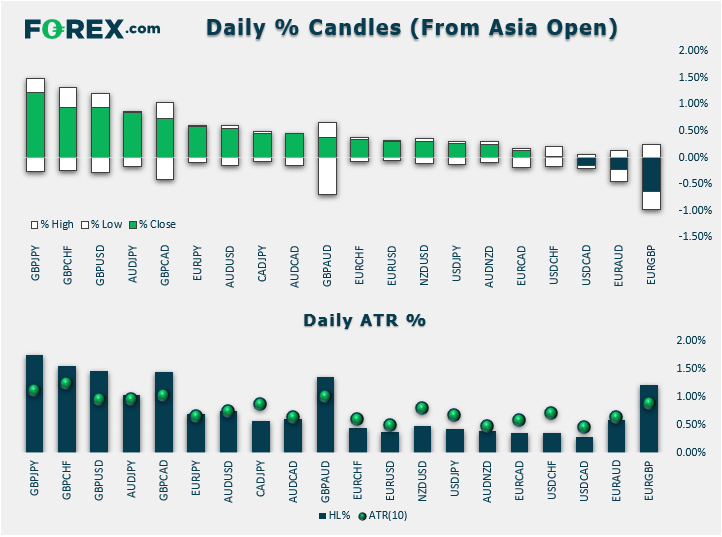 GBP/USD and GBP crosses continued to hit repeated session highs this morning. This comes on the back of "constructive" Brexit talks between EU and UK negotiators Michel Barnier and Stephen Barclay this morning, and after leaders of the UK & Ireland held detailed discussions yesterday, agreeing that they could see a "pathway to a possible deal." Lots of optimistic headlines, even if nothing has changed fundamentally. Traders are evidently happy to be buying the rumours and will be asking questions later.

Key data this afternoon from North America is Canada’s employment report, which is expected to show 11,200 new net jobs created last month. Meanwhile US consumer Sentiment is expected to ease to 92.0 from 93.2 previously. 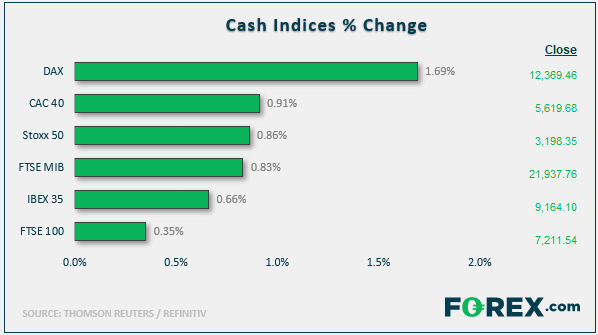 Global stocks continued to rally on the back of optimism the US and China will reach an agreement of some sort to prevent any further escalation in their bitter trade war. Following the conclusion of the first day of talks, investors expressed optimism that they might be able to ease the conflict and delay a planned US tariff hike scheduled for next week. Trade-sensitive DAX was the strongest European index, while the FTSE underperformed because of the pound’s big rally and despite sharp gains for some individual names on Brexit hopes-related (see below).  US index futures were up around 1%, suggesting Wall Street will gap higher at the open – unless, something big happens, for example Trump cancelling his scheduled meeting with Chinese Vice Premier Lie He at 14:45 EDT today. 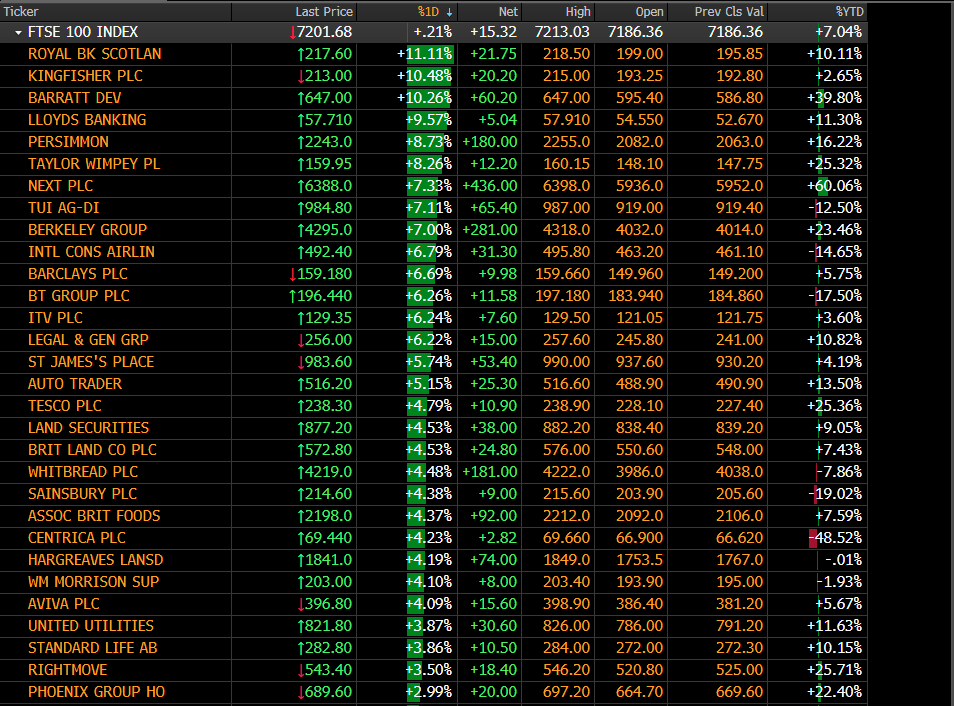