The FOMC shall meet on Wednesday for its penultimate rate decision of the year. No one in the markets expects the Fed to raise rates, although there are still a considerable few who believe the rates could be moved in December. The Fed would not publish a Dot chart or revise its GDP/inflation forecasts, not there would be a press conference, which makes it a dull event for the markets.

Nevertheless, there are a few points worth noting heading into the rate decision

It is clear from the table above, the market expects the Fed to raise rates in March 2016. The probability is at coin flip levels.

Markets would be focused on wordings in the policy statement. The statement is likely to acknowledge the weak domestic consumption and the threat of rising US dollar. A surprise, if it has to come, shall be on the dovish side. In the light of new action from the ECB and the PBOC and the resulting forced tightening in the US (strong USD), the Fed may choose to introduce new dovish words in the statement.

A hawkish surprise is unlikely. The probability of the FOMC turning out to be a non‐event for the markets is high and that could keep USD bulls happy.

In case a dovish surprise comes through (which cannot be ruled out) the USD could take beating across the board. But the major beneficiary is likely to be Gold. In case of dovish surprise, GBP/USD could rally as well.

Moreover, Gold in non‐USD terms would remain an attractive option even if the FOMC turns out to be a non‐event 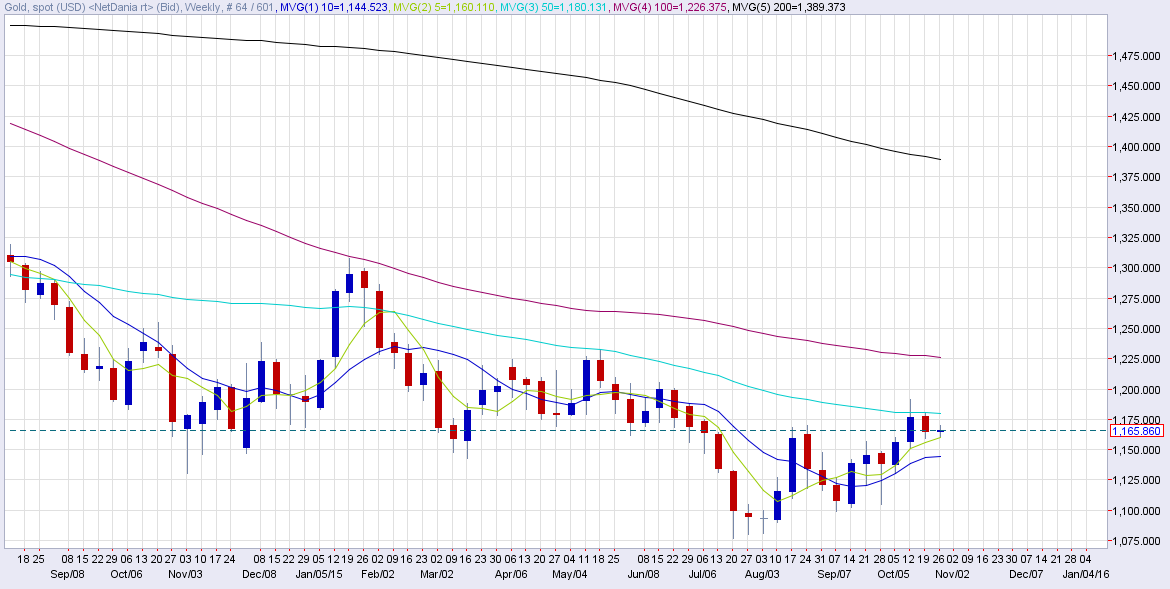 Sterling has failed to take out the falling trend line resistance on the daily chart despite upbeat retail sales data last week. Strong UK service sector output and the weak batch of US data released today also failed to strengthen the GBP/USD pair. This clearly indicates Sterling is being viewed as the risk currency and more importantly, the USD is being viewed as risk‐off currency

However, further rally would need a daily close above 1.54 It remains to be seen how markets read ‘a no show or a slightly dovish statement from the Fed’. In case it is viewed as a negative sign, the USD still could rally after minor sell‐off, especially against risk assets since it is increasingly being treated as a risk‐off currency now.

EUR/USD Weekly Forecast: Fed may fuel the next leg of rally, bulls eye 1.2240

EUR/USD has been extending its gains amid dovish Fed policy and the eurozone's vaccination drive.   Eurozone PMIs and Fed meeting minutes are set to move the currency pair. Mid-May's daily chart is pointing to further gains.The FX Poll is showing mild downside pressure.