Skip to main content
;
Gold prices dropped to a low of USD 1073/Oz in July, before recovering sharply to USD 1169/Oz in August. Prices have been on the downturn since topping out at USD 1911.60/Oz in September 2011. The 4-year downtrend could be mainly attributed to â€“

Price spiked post 2008 crisis as most believed the unconventional monetary policies adopted by the Fed and other major central bankers around the globe would lead to inflation or hyper inflation (in CPI) according to many. However, inflation or hyper inflation occurred in financial assets rather than government CPI figures, which to this day are well below 2% across all developed economies. Hence, the yellow metal was eventually ditched as CPI barely improved across the globe. 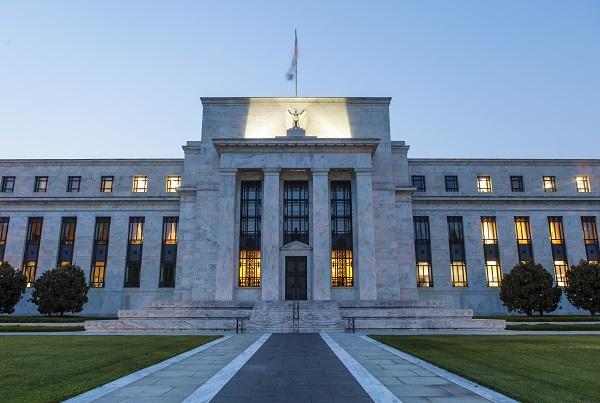 From the standpoint of gold, the choice to make is whether to hold the metal in USD terms or non-USD terms. Three scenarios are worth considering-

The metal could revisit the area around July low 1073 in case Fed initiates a rate hike or hints at a December rate hike. As mentioned earlier, a 25bps rate hike on Thursday is likely to be accompanied by significant downward revision of median interest rate forecasts. Consequently, a quick fire drop in Gold to 1073 area, followed by a sharp recovery is likely to be seen.

The metal is likely to rebound from near the USD 1073 area as markets began to focus on a slow and tiring policy normalization ahead. In case, Fed hints at December rate hike, again the move would be quickly priced-in and markets would begin focusing on the rate hike path. Once again, Gold could drop to USD 1073 and recover back. The recovery then is likely to open doors for USD 1300/Oz. (Double bottom neckline at USD 1170).

Moreover, single rate hike on Friday would be accompanied by a strong effort to sell it as not at all hawkish by Yellen. Furthermore, policy tightening would not happen so long as the Fed keeps the reserve ratio unchanged and hikes only the benchmark interest rate!

In any other (third) scenario, we are likely to see an immediate spike in the yellow metal. The spike could be sharp since complete U-turn by Fed or prolonged delay in rate hike is more likely to lead to a bigger risk aversion in equities. Gold rising above the 2015 high of USD 1303/Oz appears likely in such case.

The metal may also provide much larger gain in non-USD terms. In case, the rates are hiked or hint at December rate hike is provided, gold in EUR terms or XAU/EUR could spike. Gold in Asian currency terms, including CNY terms could also rally. However, these rallies are likely to be short-lived as markets would quickly began focusing on a rate hike path (expected to be painfully slower or in fact no more rate hikes at all) and push USD lower. Thus, a quick move out of gold in non-USD terms (after a couple of days) to gold in USD terms could be rewarding.

In case, there is no action at all (third scenario), gold in USD terms would be attractive compared to holding gold in non-USD terms.

A point worth noting is that holding gold in safe haven currency (CHF, JPY) terms could be risky irrespective of Fed decision as financial markets may turn risk averse in both cases â€“ Rate hike or No rate hike.

However, in my belief the risk aversion would be more broad based in case the Fed delays its rate hike or provides no hint at a December rate hike. Consequently, at least a single rate hike is likely to be seen in next three months as explained here on July 1 2015

In case the metal falls below USD 1070/Oz, still there is hope in non-USD terms; likely to rally in EUR terms. On technical charts, only a weekly close below USD 1070/Oz could be considered bearish for the metal.
Feed news