ECB’s Weidmann plays down positive effect of tiered deposit rate. The Bundesbank President repeated again that the impact “from interest-rate tiering, as it’s currently being discussed, would be noticeable yet insignificant”. Weidmann also highlighted that the discussion on a tiered deposit rate has actually “postponed expectations of monetary policy normalisation”, which “in itself should weigh on banks, so that the net effect could be negative”. Indeed, the announcement of new TLTRO loans and the debate on a possible tiering of the deposit rate, has contributed the pricing out of rate hike expectations for the foreseeable future, leaving not just the official deposit rate, but also market rates in negative territory, with banks increasingly struggling with the pressures of a low interest rate environment. Weidmann also warned that over time an expansionary monetary policy could lead to financial stability risks and stressed that monetary policy normalisation should not be unnecessarily postponed, “if the price outlook allows for it”. The usual hawkish leaning comments from the Bundesbank President then and while they tie in with relatively upbeat comments from Coeure on the outlook yesterday, expectations are that the ECB will push out the timing of the first rate hike further into 2020 at the June meeting. 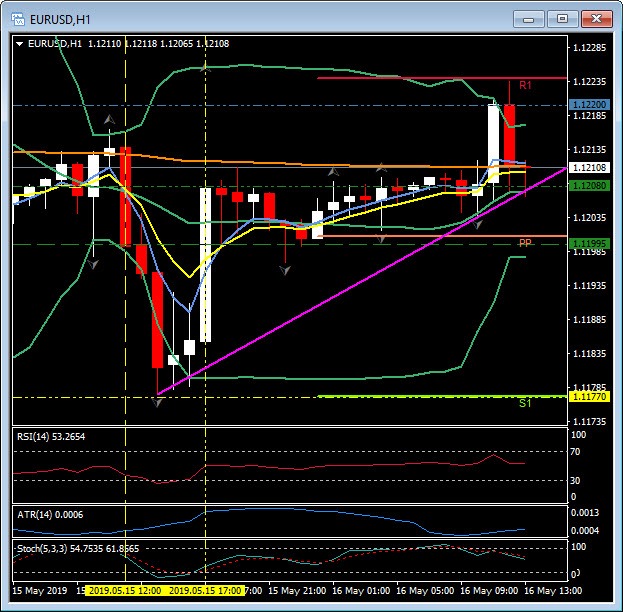 EURUSD continues to recover from yesterdays low at 1.1177 (S1), breaking and holding the key pivot point and psychological 1.1200.  The bullish Weidmann helped the pair to a high of 1.1223 at R1 before re-tracing. Next direction today could come from the US data from 12:30 GMT. The higher time frame Daily, Weekly and Monthly charts all remain biased to the downside. 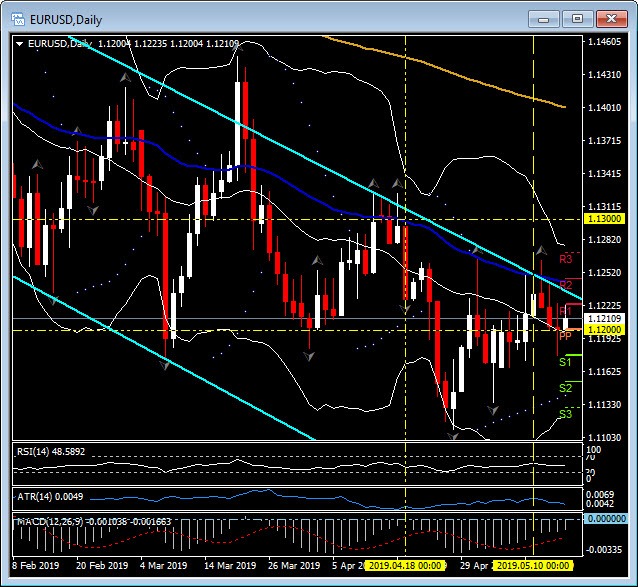