USD/JPY pulls back for support

The Japanese yen skyrocketed following the first Japanese currency intervention in 24 years. The pair swiftly reversed its course after flirting with the psychological level of 145.00. A break below 143.50 triggered a liquidation of leveraged positions. 140.50 along the 30-day moving average is a key level to probe buyers’ interest. A bounce would signal that the greenback is merely taking a breather and the uptrend remains intact in the medium-term. A rally back above 145.00 may carry the price to August 1998’ high at 147.50. 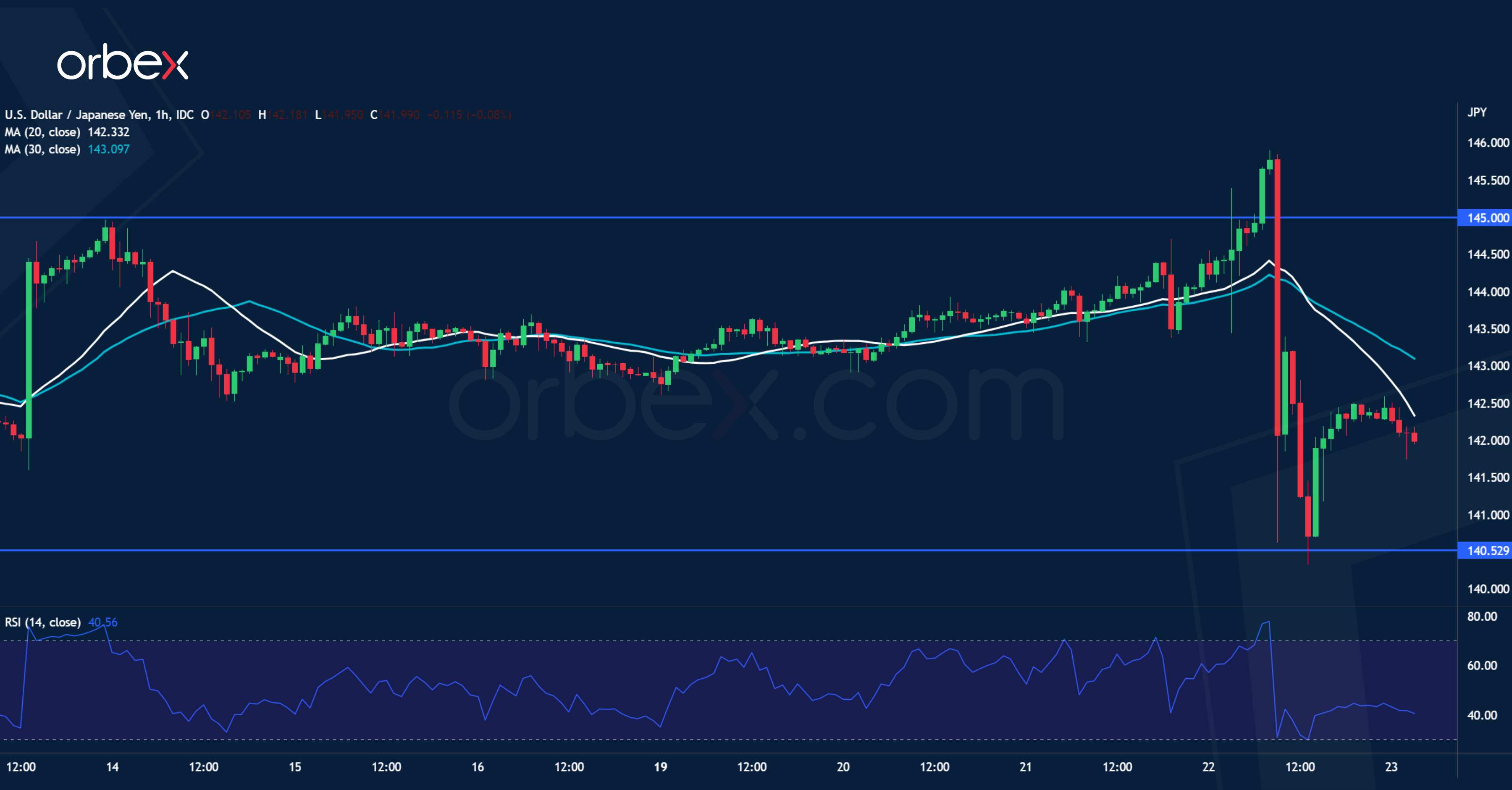 The Swiss franc fell after the SNB's hike came short of the 100bp previously priced in. A clean cut above the support-turned-resistance at 0.9690 is a sign of strong interest. The double top at 0.9870 is a major hurdle after the pair went into a four-month long consolidation. Its breach would help the dollar reclaim parity and open the door to the previous ceiling at 1.0050, a step closer to a bullish continuation. In the meantime, the RSI’s overbought condition might cause a limited retracement and 0.9740 would be the first support. 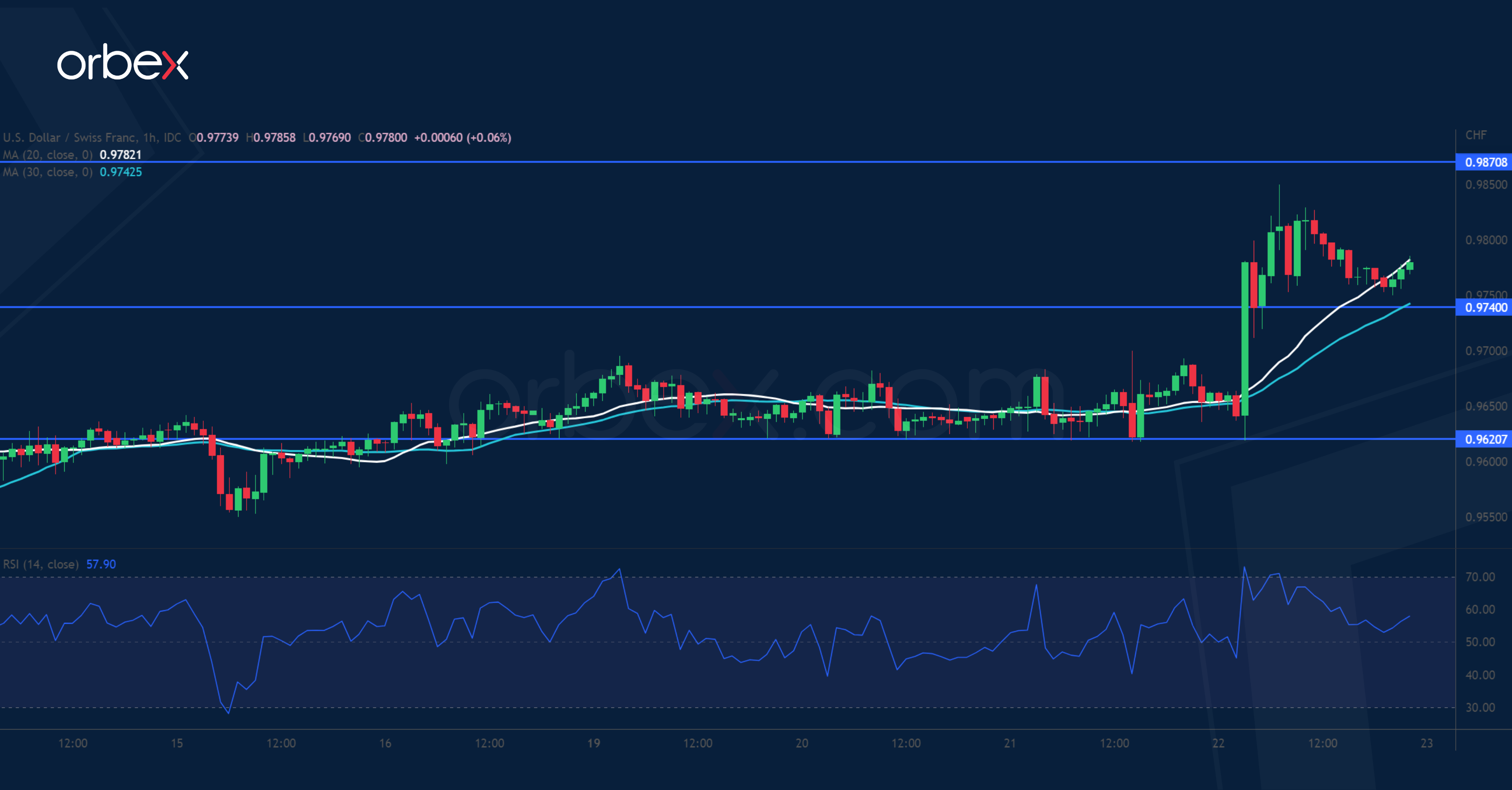 The pound slipped as the BoE raised its interest rate by a moderate 0.5%. The bearish inertia has taken a front seat after Sterling slipped through March 2020’s lows (1.1420). The RSI’s repeated oversold situations have led to a brief pullback. The former demand zone around 1.1460 has become a supply zone where the bears could be expected to get in at a better price. Sentiment may only turn around if the bulls manage to push past 1.1700, which means that the path of least resistance seems to be towards 1.1100 for now. 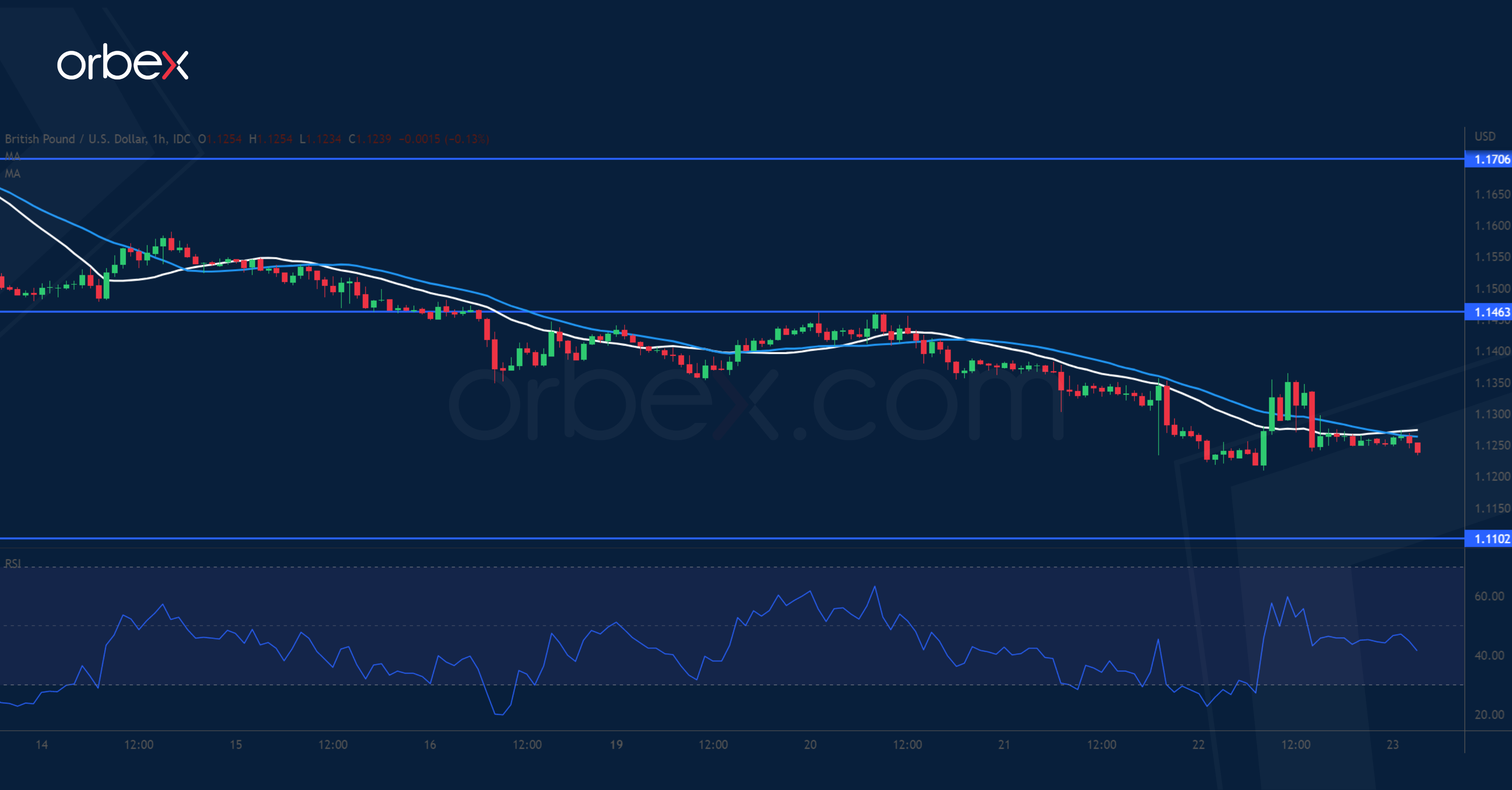