Gold has become somewhat stuck betwixt and between in the past couple of sessions. Support at the old breakout of $1536 could be an important development but there is still a corrective bias (of lower highs and lower lows) to gold. The last couple of candles have managed to stem the tide of selling initially, but the near term outlook has an uncertainty. However, taking a step back, if the market can look to build support with a new higher low around the 38.2% Fib (at $1548) or the 50% Fib (at $1528) of the bull run, then this will further encourage the positive medium term outlook. For now, the momentum indicators are still in a near term unwinding phase of a bigger medium term positive outlook. Despite this, the RSI holding above 60 reflects ongoing underlying strength, whilst the Stochastics shallowing off just a shade under 50 is also encouraging for the bulls. Resistance for the bulls to use as a gauge is at the lower high of $1563, so leaving a high yesterday at $1558 will have been a mild disappointment today. We continue to look towards weakness to be a chance to buy. On the hourly chart, holding the near term pivot at $1547 would be positive. 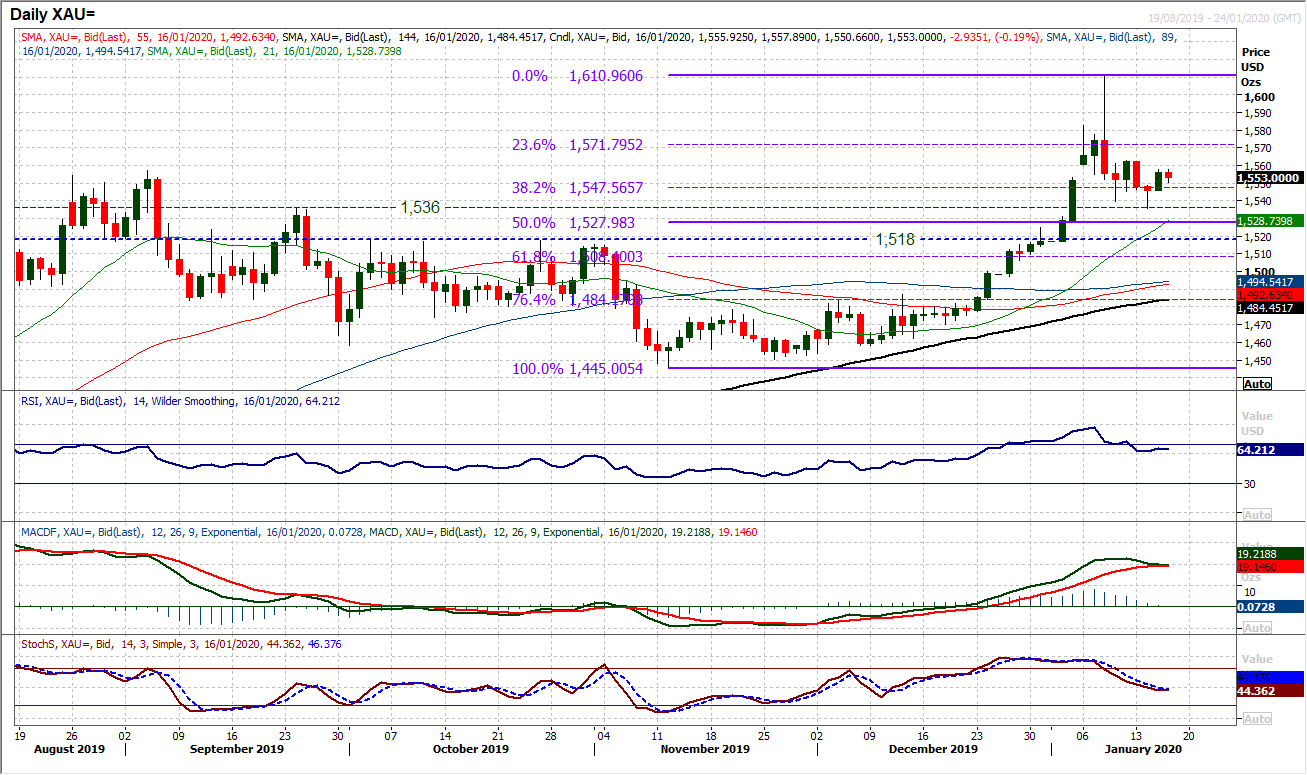