Given the elevated levels of fear running through broad financial markets right now, the appetite to buy gold will likely remain solid. Yesterday’s decisive negative candle saw the market closing -$25 lower as a bout of profit-taking took hold. However, we see this as a near term move that has just tempered some of the exuberance, rather than changing the outlook. We see it as similar to the January bull run which culminated in a -$75 move back from the high, before the bulls took control again. Blowing the froth off the top can be a good thing for a bull run. Gold unwound -$60 to yesterday’s low, but already the signs are that the bulls are returning again. The move has unwound to 23.6% Fibonacci retracement (of $1445/$1688) at $1631 around which support is forming. Although momentum has lost some of its zing, there is still a sense that near term moves lower will find willing buyers again. The market may have closed a gap at $1649 (theoretically negative) we are not anticipating a deep correction. This may mark the early stages of a more considered phase of consolidation for gold, but weakness remains a chance to buy. The hourly chart shows support at $1628 above the $1611 key breakout. Above $1660 would re-open the upside. 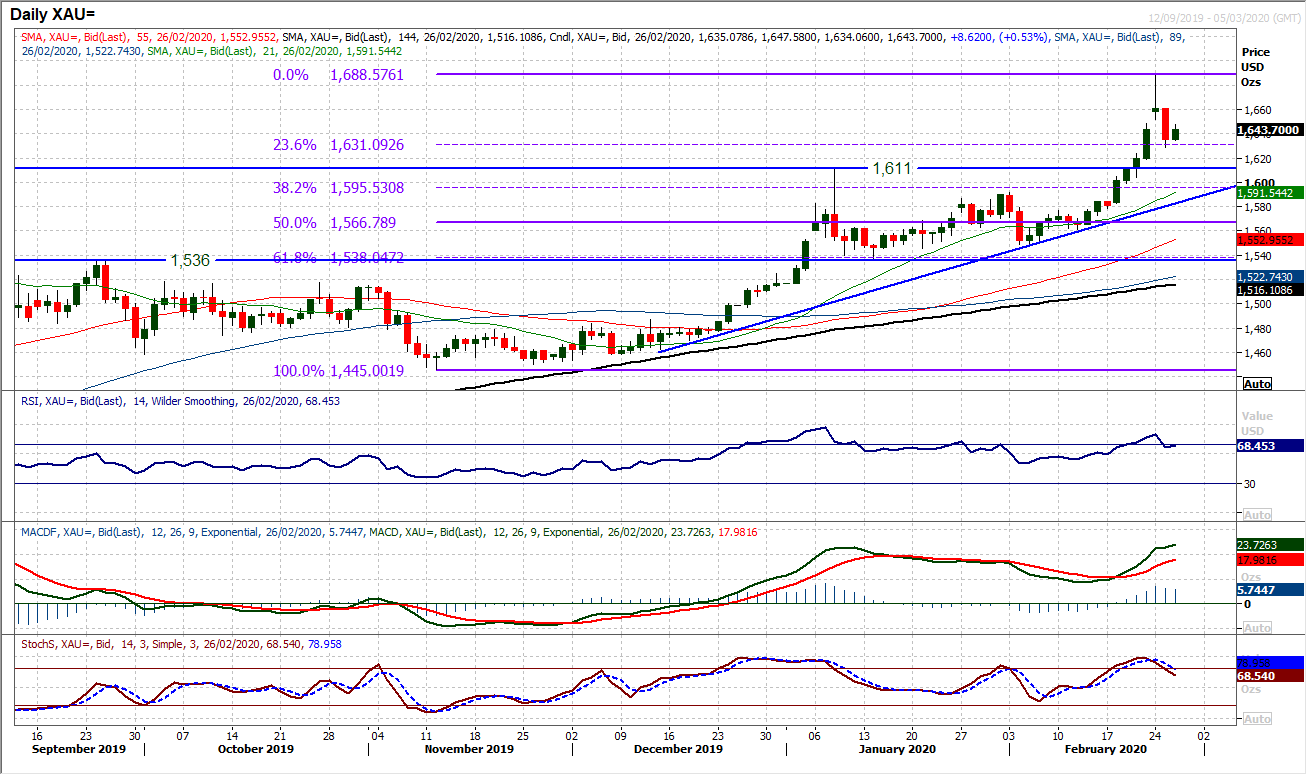 The bullish scenarios are fulfilled and bring the Top 3 to the launch pad. Ether's dominance shoots up and improves by more than 10% in a single day. The movement shows strong potential not seen since the 2017 bump.

Crude oil prices started the week on the back foot with the barrel of West Texas Intermediate (WTI) erasing 8.75% on a daily basis to close at $26.28.