Gold continues to consolidate the latest breakout to new multi-year highs. We have backed the gold run higher, and so far we continue to do so. However, with a balance of small bodied and mild negative candlesticks in recent sessions, there is a sense that there is a little caution creeping in. Technically the set up is still bullish, as momentum indicators remains positively configured with RSI and Stochastics holding in strong positions. The support of a five week uptrend which is still intact and comes in today at $1792 (which is above the $1789 latest breakout) will become a key early warning sign now. A breach of this trend could begin to reflect a near term tiring of the move higher and potential correction. Moving under $1789 would add to this potential. However, we would still view weakness as another chance to buy into what is still a very strong medium to longer term bull trend. Any corrective move that finds support between $1789 and $1764 would be another good chance to buy. We still expect $1818 will not be a key high for long, as the two month consolidation range breakout implies a target range of $1820/$1858. Given the bull market outlook, we would expect a good chunk of this implied target to be achieved in the coming weeks. A move below $1744 would be our signal to shift from our bullish stance and turn neutral now. 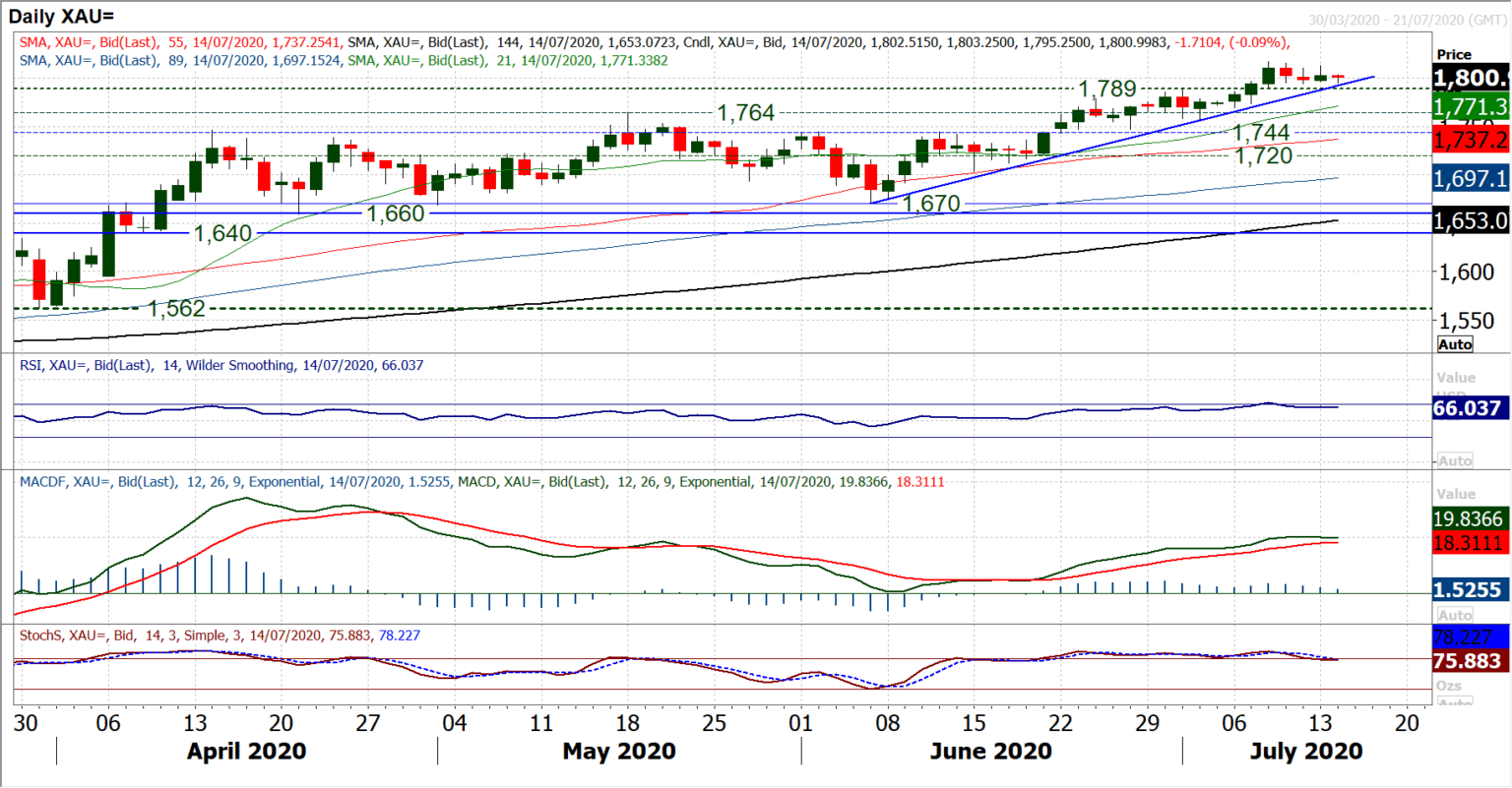