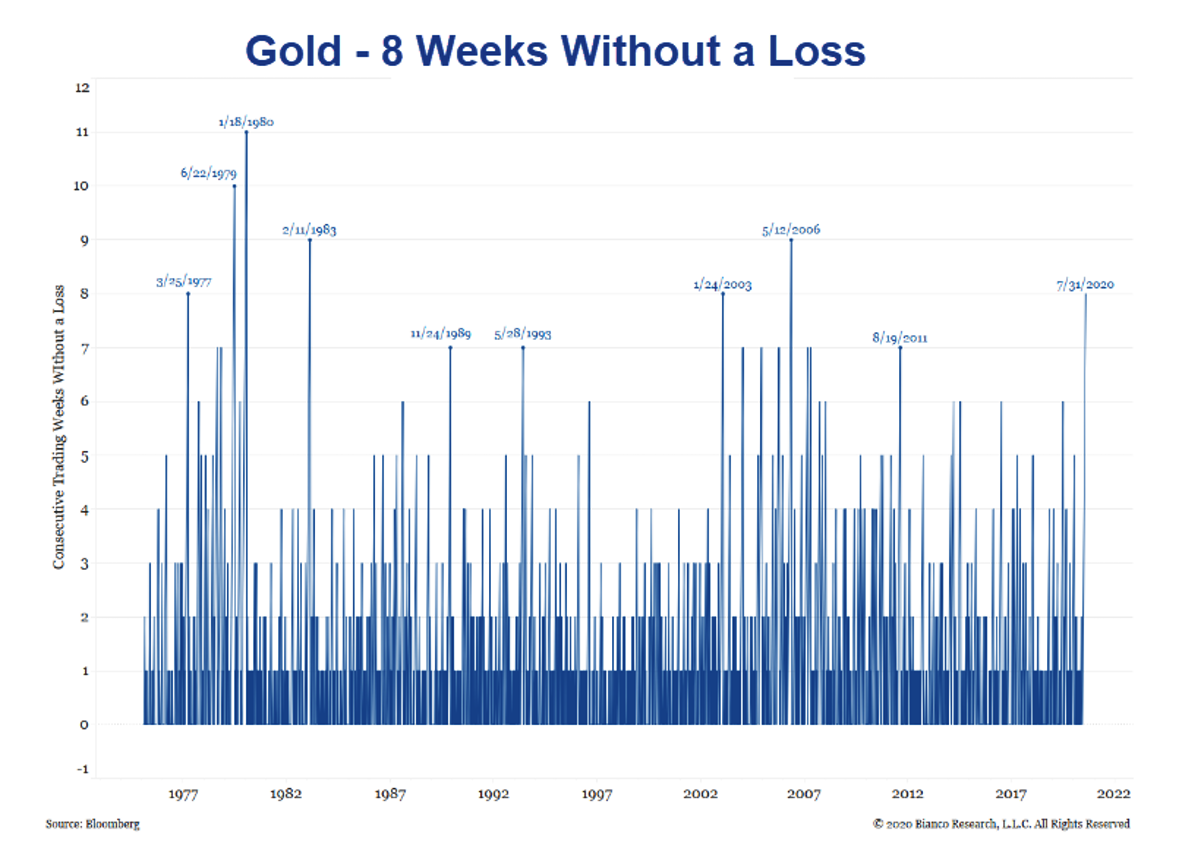 Gold is on a tear. Historically and fundamentally what's next?

Jim Bianco at Bianco Research posted a couple of gold charts last week that he gave me permission to reproduce.

Gold finished its 8th consecutive week higher. Since Nixon took the U.S. off the gold standard in 1971, there have only been four instances when gold saw longer consecutive positive weekly streaks – June 1979, January 1980, February 1983, and May 2006.

So the natural question is, “what happens to gold after similar winning streaks?”

The table above shows all streaks that were at least 7 consecutive weeks long (7-week streaks were included due to the lack of instances of at least 8 weeks). On average, gold was down 3.90% one week after each peak, but was still down almost 6% one month later. Obviously past performance does not predict future returns, but streaks of this magnitude tend to put a damper on returns over the following six months.

There have been 15 cases of 7-week or longer streaks.

The scorecard a year later is 8-6 for another rise with the current streak unresolved.

Fundamentally, gold is in a solid position with the Fed openly pushing for more stimulus.

Free money is generally good for gold. I will take my chances and hold tight.