Manufacturing Goes Deeper Into Recession, Yet Gold Remains Muted. Why?

What does it all mean for the gold market? From the fundamental point of view, weaker industrial production should support gold prices. This is because the manufacturing sector’ problems could not only translate into slower economic growth, but also force the Fed to adopt again a more dovish stance and cut interest rates further in 2020.

But the manufacturing recession failed to spur rally in gold in the fourth quarter of 2019, as the chart below shows. The gold prices are clearly struggling to find momentum, even in the face of disturbing data on the U.S. manufacturing sector. Read more... 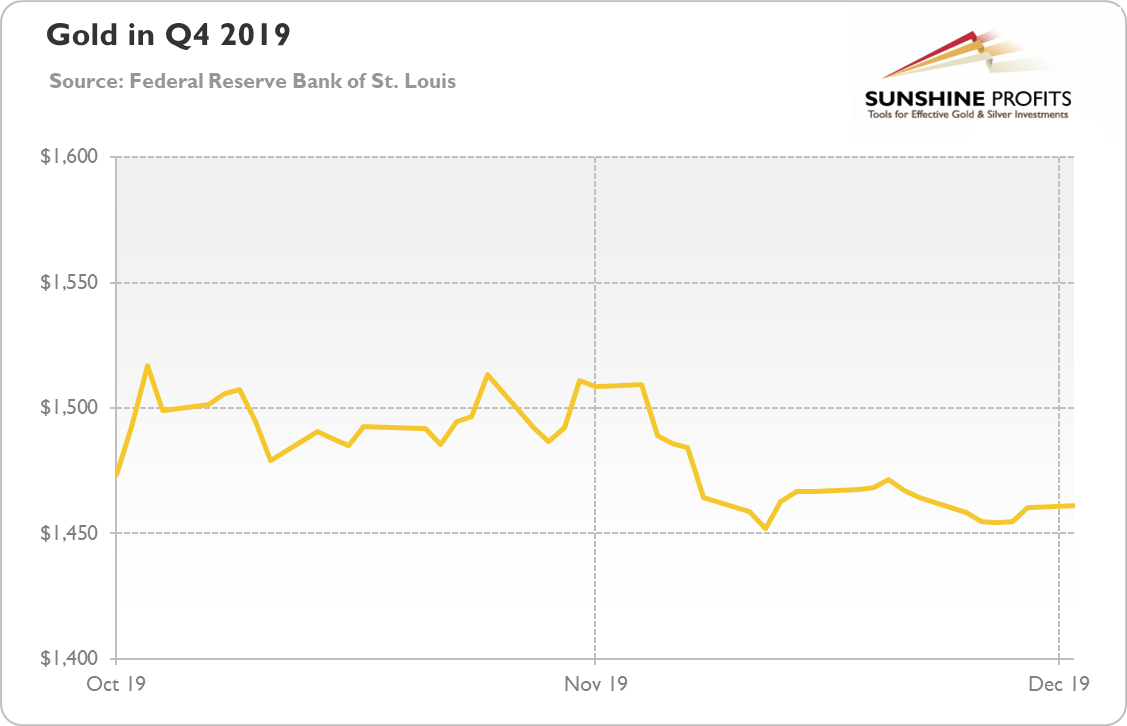 The investors' worries about the trade negotiations future between US and China increased significantly containing the market sentiment, following the U.S. House members voting to impose sanction against Chinese officials for their human rights abuse, after the US Senate unanimously passed a bill aimed at protecting human rights in Hong Kong.

Trump's administration has previously put visa bans on Chinese officials linked to the mass detention of Muslims in Xinjiang province, Trump has actually warned that he is to impose more tariffs on China if talks failed.

The demand for safe haven increased sending UST prices higher, as Beijing is expected to take action soon and retaliate against this resolution, especially, if there could escalating by raising U.S. tariff on Chinese goods on Dec. 15 as scheduled previously, before the trade talks advance to form a phase-one trade deal containing all what the 2 side reached. Read more...

The bulls regain poise in early European trading, offering a fresh lift to Gold, as it now flirts with four-week highs of 1482.81 amid a risk-off market profile.

The demand for the safe-haven gold has returned, as the European traders hit their desks and react negatively to the latest US-China developments on the political front after the US House approved the Xinjiang human rights bill.

The Chinese officials immediately condemned the US’ interference and threatened retaliation. The escalating US-China political tensions combined with looming trade uncertainty kept the investors unnerved, as they sought safety in the traditional safe-haven, gold. Read more...