The bright metal is ending the week with modest gains around $1,575.00 a troy ounce, recovering some of the ground it lost in the previous one. Such gains were triggered by coronavirus-related headlines fueling demand for safety. On Thursday, China announced roughly 15,000 new cases and 242 people died in the previous 24 hours, indicating the outbreak remains out of control. Furthermore, the country changed the way it diagnoses the illness, adding TC scans to it, with the number of cases now above 64,000.

The dollar was strong too. The greenback not only benefited from its safe-haven status, but also from another batch of encouraging data and comments from US Federal Reserve Chair, Jerome Powell.

Powell testified before a special congressional commission and noted that the US economy remains resilient, with steady growth and unemployment near a five-decade low. About future monetary policy movements, Powell sound comfortable with the current stance and hinted rates will remain unchanged unless a significant change in economic conditions. As other policymakers, Powell mentioned the coronavirus outbreak as a risk factor, although he said that it’s too early to quantify the effects on the US economy.

As for US data, there were no fireworks throughout the week, although January core annual inflation came in better than anticipated at 2.3%. Retail Sales met the market’s expectation by printing 0.3% in January, although the core reading, Retail Sales Control Group came in at 0.0%, below the expected 0.3%. Finally, the Michigan Consumer Sentiment Index jumped to 110.9 in February, according to preliminary estimates.

The next days the US macroeconomic calendar will bring the Minutes of the latest FOMC meeting. The document is not expected to surprise as ever since Chief Powell decided to make a brief press conference after each meeting, the market is quite aware of what and why policymakers decided. On Friday, Markit will unveil the preliminary estimates of its February PMI. 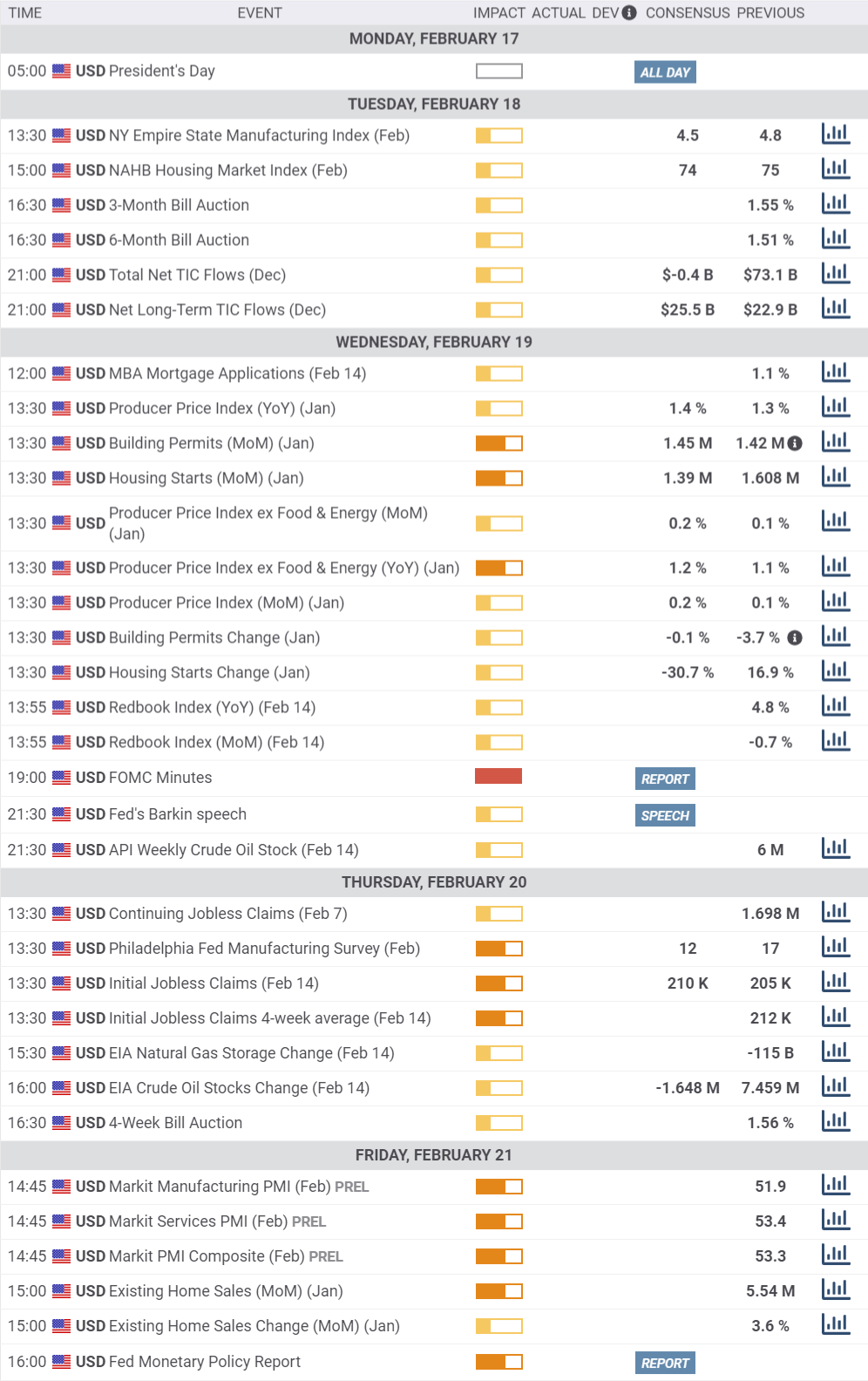 Gold has spent the week confined to a tight range and within the previous week levels. The weekly high was set well below a critical Fibonacci level, the 61.8% retracement of its long-term decline measured between 1,920.70 and 1,046.37, at 1,585.98.

Spot retains its bullish stance in the long-term and according to the weekly chart, although confirmation will come with a clear break above the mentioned Fibonacci resistance. In the mentioned time-frame it continues to develop above bullish moving averages, with the 20 SMA at around 1,512 and the larger ones some $200 below the shorter. The Momentum indicator heads higher well into positive levels, while the RSI consolidates in overbought levels, indicating no selling interest.

Daily basis, however, spot gold offers a neutral stance. It has spent the week hovering around a flat 20 DMA, and while the larger ones stand far below the current level, the Momentum indicator is entering negative levels. The RSI, on the contrary, holds flat around 58. Overall, it seems that speculative interest feels comfortable holding on to its gold positions, but reluctant to add longs. 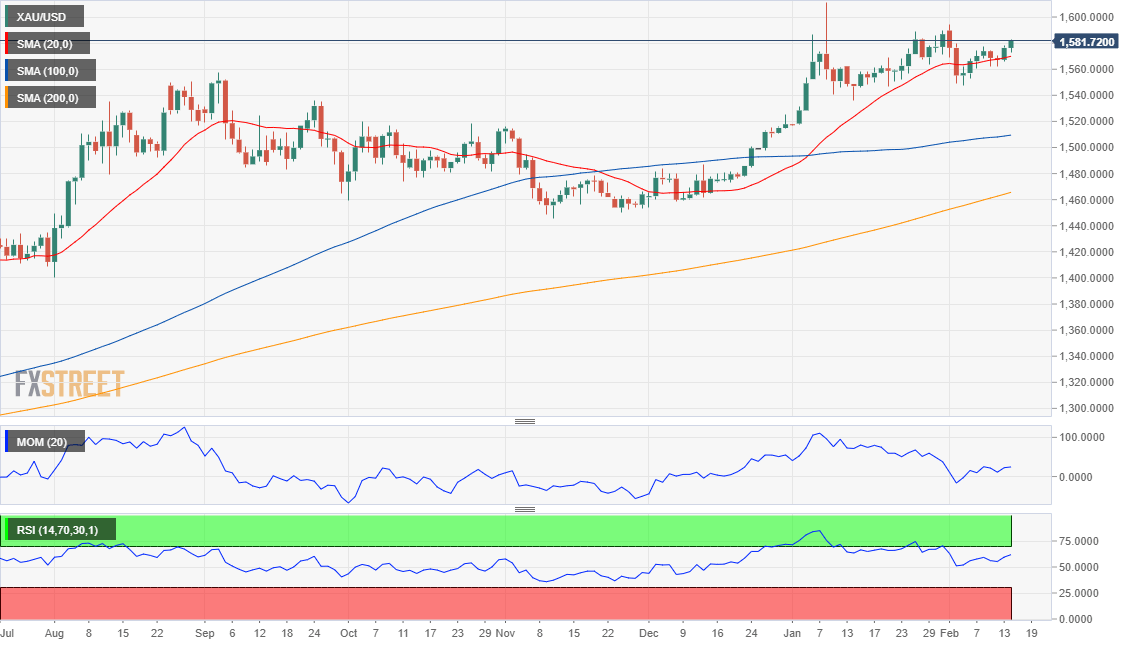 According to the FXStreet Forecast Poll the metal has little chances of breaking higher, seen neutral in the upcoming quarter. In fact, bears lead the weekly sentiment, although the metal is seen on average within familiar levels at 1,573.11. The average target in the monthly and quarterly perspective is above the weekly one, but not far from the current levels. Bulls are a majority in both cases but for little.

The Overview chart, however, shows that bulls remain in control. The moving averages head higher in all the time-frame under study, with uneven strength, but still suggesting higher highs ahead.