There is a continuation of recent ranging conditions on gold which has now formed a trading band of $1536/$1568 over the past two weeks. A mix of signals leaves the technicals in doubt over decisive next direction, however, we still favour the weakness being bought into. An uptrend of the past five weeks runs at $1555 today and it is interesting to see each of the past three sessions testing the trend before rebounding higher again. It suggests a market buying into weakness and with yesterday’s positive candle to test the $1568 resistance, there is a positive bias. However, there is caution across momentum indicators with MACD and Stochastics in near term decline (whilst the price is rising) and RSI almost entirely flat. A close above $1568 would be positive, with the bulls in control back above the 23.6% Fibonacci retracement (of $1445/$1611). Support of 38.2% Fib at $1548 is also increasingly important. Initial price support at $1550/$1551. 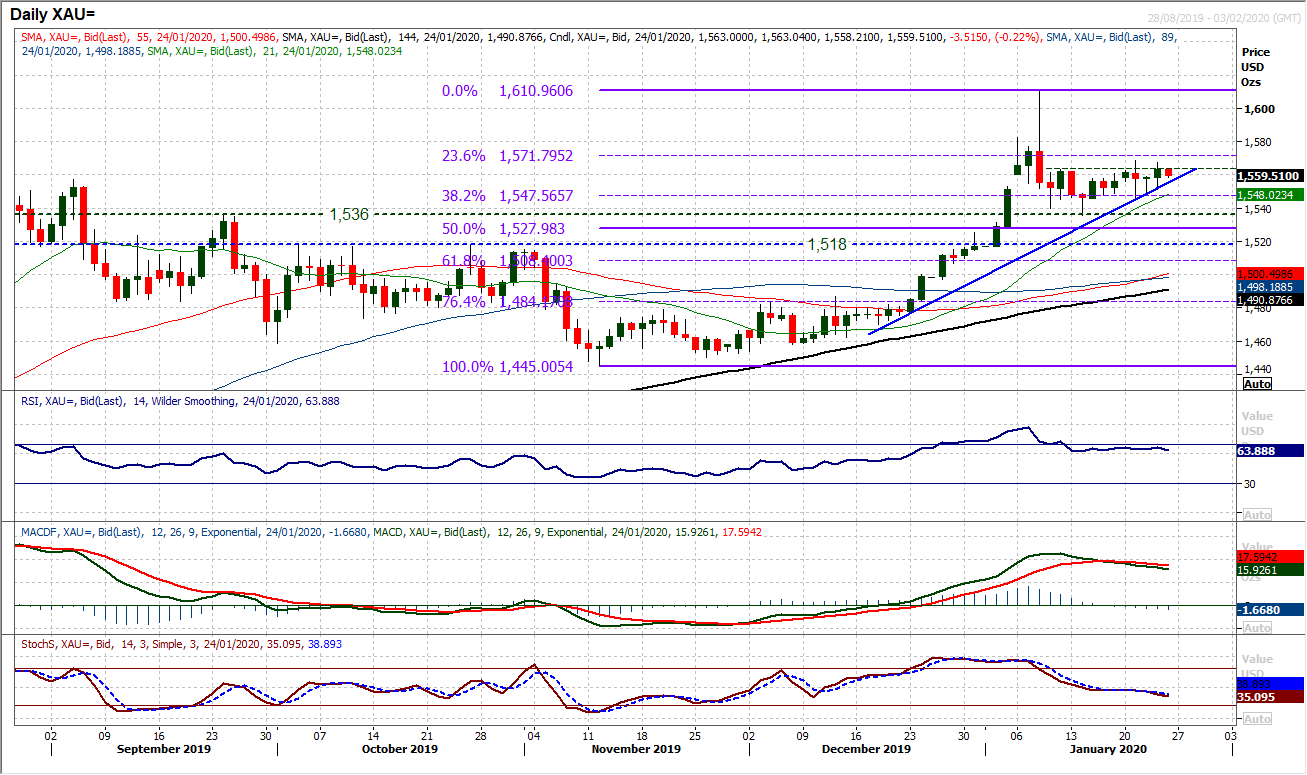