Spot gold eases on Wednesday and is on track for the first daily close in red after six days of uninterrupted rally.

Profit-taking after strong rally (boosted by geopolitical tensions and strong signals from Fed about rate cut that hit new six-years high at $1438) push the price lower.

The notion is supported by optimistic news about US/China trade talks which inflated dollar, as well as technical signals as daily RSI and stochastic turned south in overbought zone and momentum weakened.

Broken psychological $1400 support remains intact and limits pullback for now, however, further easing can be anticipated. 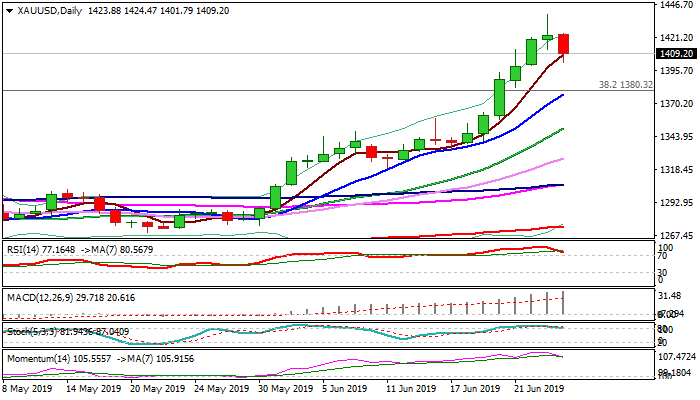