For weeks throughout November and into December there has been a lack of conviction on gold and trading volatility has been on the wane. Having formed a low at $1445 the market has since been unable to continue the drive lower as part of what still looks to be a medium term corrective trend. Equally though, the bulls have also been unable to grasp the initiative. Given the run of lower highs and lower lows, there is still a negative bias to the market. Once more there has been a test of the resistance of the overhead supply around $1480/$1484 as another rebound failed at $1487 on Thursday to close back under $1480. The rebound hit up against what is a growing downtrend channel of the past three months (at $1485 today). Once more, we see momentum indicators back around their neutral points (RSI into low 50s), suggesting that gold is once more testing around a crossroads. So many times the bulls have blinked and passed up the opportunity for a break higher to improve the outlook. A positive candle on Friday is again eyeing $1480 again today. A close above $1487 would suggest the bulls are grasping control. Support is growing at $1458, with the hourly chart showing a growing pivot band of initial support around $1465. 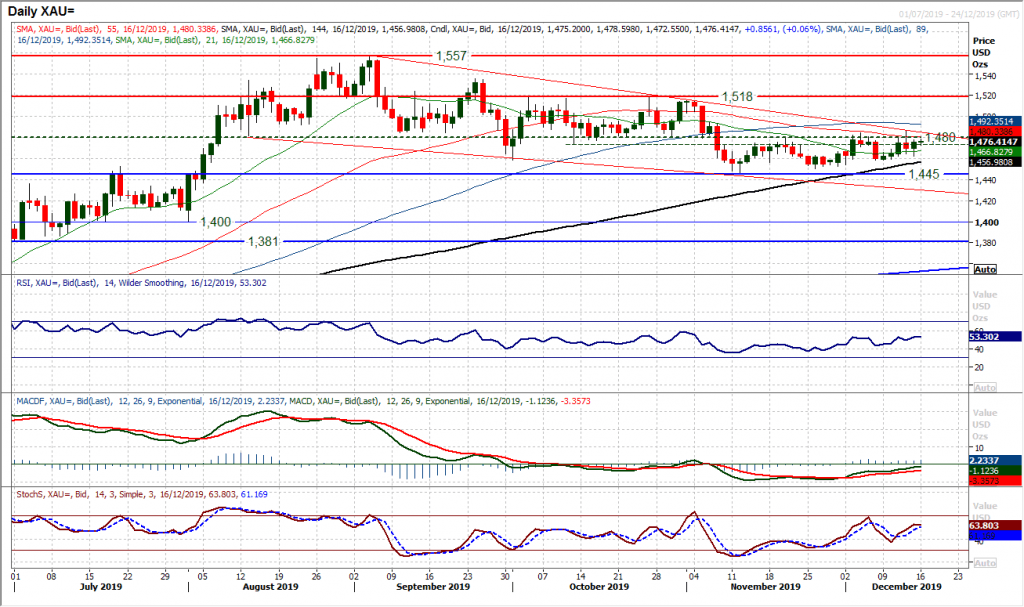