Global stocks retreated today as investors continued to worry about inflation and the potential for high-interest rates globally. In Europe, the DAX, FTSE 100, and CAC 40 indices dropped by more than 1.50%. Similarly, in the United States, futures tied to the Dow Jones, S&P 500, and Nasdaq 100 also dropped. This happened after data by the US showed that consumer prices rose at the fastest pace in 13 years. The same concern continued today after data showed that the producer price index (PPI) rose by 6.2% in May. As such, the rising inflation and the stabilizing labor market mean that the Fed will likely start tightening earlier than expected. If this happens, other central banks like the European Central Bank (ECB) and Bank of England (BOE) will follow suit.

Cryptocurrencies sold off after Elon Musk announced that Tesla will stop accepting Bitcoin going forward. This was a major setback for the blockchain industry because of the high-profile nature of Elon Musk and his company. Like stocks, cryptocurrencies also declined because of fears of higher interest rates. For one, most analysts believe that the easy money environment is the main reason why cryptocurrencies rose to an all-time high. Therefore, if interest rates rise, they believe that the currencies’ appeal could diminish. Bitcoin is hovering at $50,000 while Ethereum and Binance Coin dropped to $3,810 and $596, respectively.

Commodity prices declined from their multi-year highs as worries of inflation continued to rise. Gold, which is often seen as a hedge against inflation declined to $1,815 while silver fell by more than 1%. Industrial metals like copper, palladium, and platinum also declined. This happened as the US dollar index bounced back after the strong inflation data. Similarly, commodity-linked stocks like Rio Tinto, BHP, Antofagasta, and Glencore were among the worst performers today. Meanwhile, the price of crude oil declined after Colonial Pipeline restarted operations after being hacked.

The EUR/USD pair declined to an intraday low of 1.2050 as the dollar gained. On the hourly chart, the pair dropped below the 61.8% Fibonacci retracement level. It also fell below the bearish flag pattern that formed in the morning session. The pair remains below the 25-day and 15-day moving averages while the Relative Strength Index (RSI) has moved below the oversold level. Therefore, the pair may keep falling as bears target the next key support at 1.200. 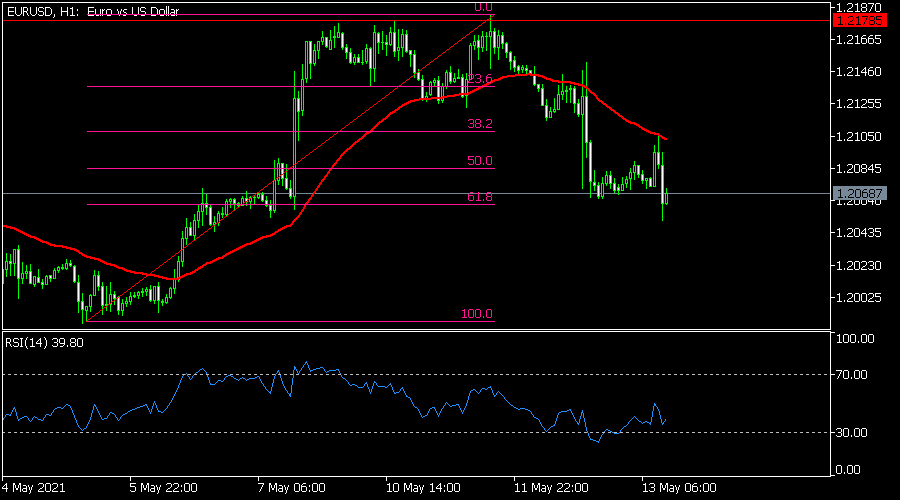 The GBP/USD pair dropped to a low of 1.4034, which is a few pips above the important support at 1.4000. On the four-hour chart, the pair has moved below this week’s double-top at 1.4168. It is also slightly above the 25-day moving average and below the dots of the Parabolic SAR. The RSI has moved from the overbought level of 86 to 45. Therefore, further declines will be confirmed if the pair manages to move below 1.400. 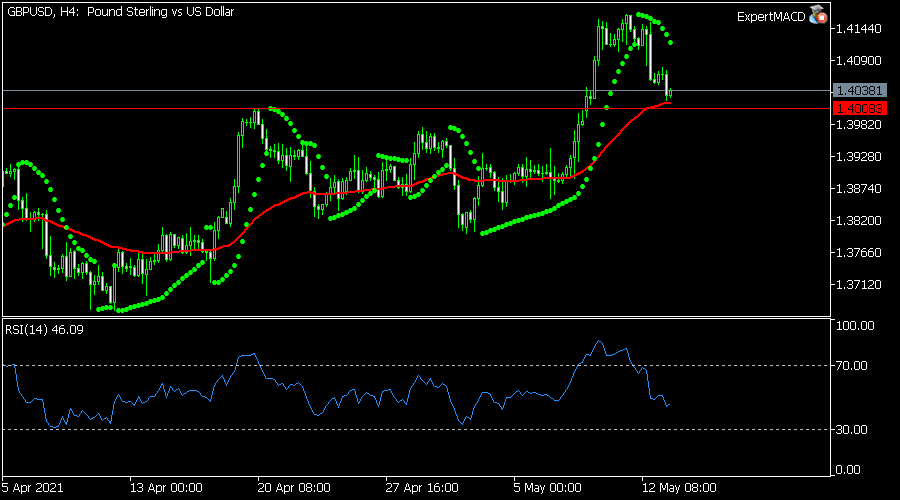 The ETH/USD pair declined to a low of 3,506 as the overall crypto sell-off accelerated. The pair then bounced back to a high of 4,040 and then retreated to the current level of 3,760. On the four-hour chart, the pair has already moved below the lower line of the ascending channel. It is also slightly above the dynamic support of the 50-day moving average. Therefore, there is a possibility that the pair will keep falling as inflation fears remain.