GBPCHF staged an impressive rally on Thursday, recouping most of the losses recorded since mid-September and rising well above its simple moving averages (SMA) and the Ichimoku cloud on the four-hour chart.

The forceful upside correction, however, looks fragile as the fast-stochastics and the RSI signal overbought conditions, indicating that the bullish action is running out of steam and downside pressures may occur in the short-term.

A slide under the 1.2380-1.2340 zone may initially pause near the 1.2285 prior resistance level, while a breach of the 1.2238-1.2200 area that provided strong footing during the previous months could open the door for 1.2160. Lower, the 1.2100 mark could be another challenging obstacle, a break of which would confirm the violation of the August uptrend and a neutral state in the bigger picture.

In short, GBPCHF is looking strongly bullish in the short-term but is still exposed to downside risks as Thursday’s rally is viewed as overstretched. A rebound off 1.2380 may keep buyers engaged, while in the bigger picture, the positive sentiment may fade under 1.2100. 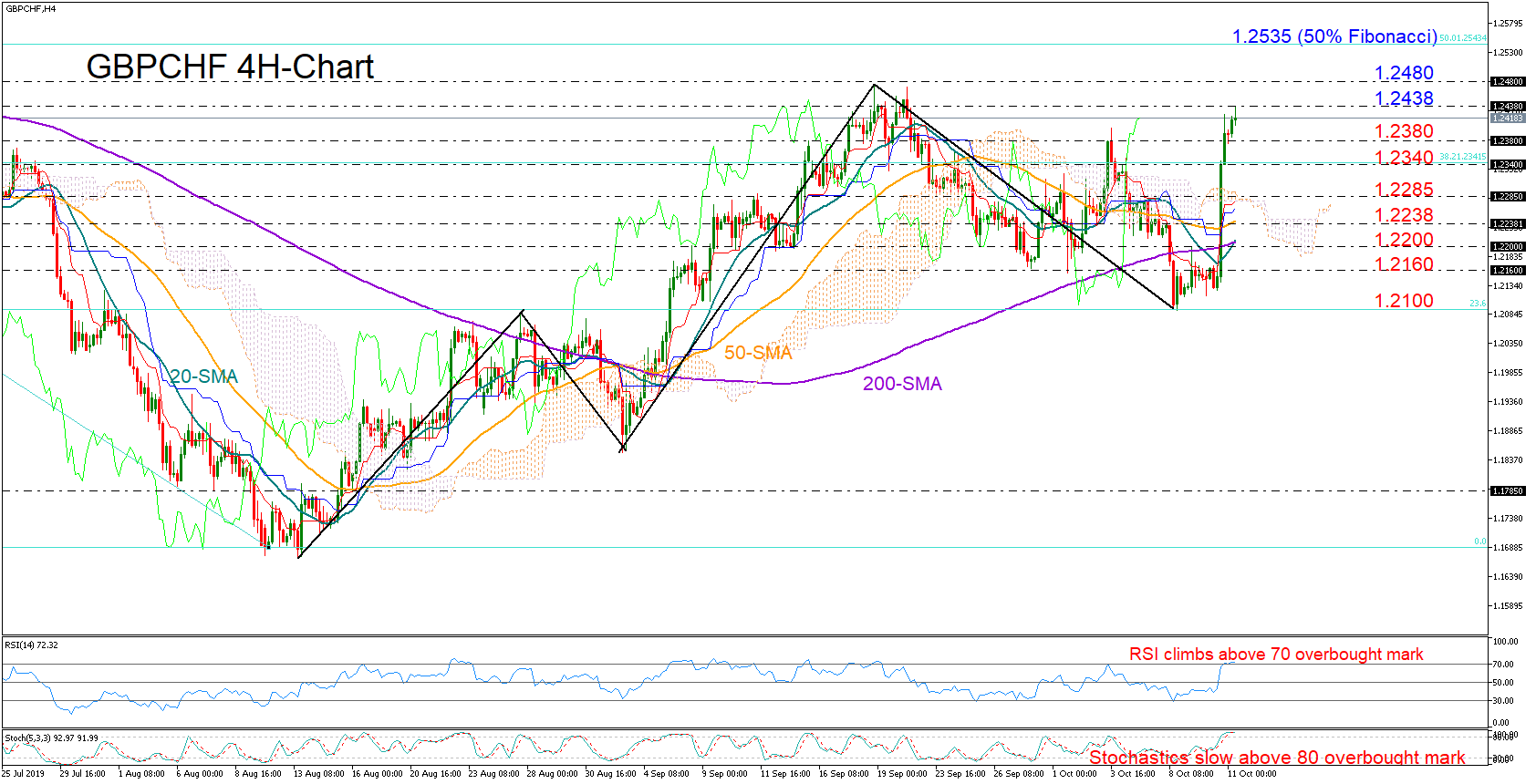