The GBP/USD pair remained depressed through Thursday's trading session and extended the previous session's rejection slide from the 1.2750-60 supply zone, albeit remained well within this week's broader trading range. The pair did tick higher but struggled to sustain above the 1.2700 handle after the results of the first ballot for Tory leadership contest showed that the leading candidate Boris Johnson received the highest - 114 votes. However, given that Johnson is not looking to extend Article 50 and is also ready to leave the EU on October 31st with or without a deal, fears of a no-deal split held investors from placing any aggressive bullish bets and capped any meaningful up-move.

On the other hand, the US Dollar continues to benefit from safe-haven flows amid concerns over a further escalation in trade tensions between the world's two largest economies. Meanwhile, market participants remained convinced that the Fed will eventually move to cut interest rates by the end of this year, further reinforced by the recent disappointment from the latest US monthly jobs report and softer US consumer inflation figures. Increasing Fed rate cut bets kept a lid on a modest USD strength and turned out to be one of the key factors that helped limit any deeper losses, at least for the time being.

The pair extended its sideways consolidative price action through the Asian session on Friday, awaiting fresh catalyst before traders start positioning for the next leg of a directional move. In absence of any major market moving economic releases from the UK, traders on Friday will take cues from the release of US monthly jobs report - due later during the early North-American session. This coupled with a scheduled speech by the BoE Governor Mark Carney might influence the sentiment surrounding the British Pound and further contribute towards producing some meaningful trading opportunities on the last trading day of the week.

From a technical perspective, the pair's repeated failures near the 1.2750-60 region clearly suggest that the near-term selling pressure might still be far from over. A follow-through weakness below weekly lows support near mid-1.2600s will reinforce the bearish outlook and turn the pair vulnerable to accelerate the slide further towards the 1.2600 round figure mark en-route multi-month lows support near the 1.2560 region.

On the flip side, the 1.2700 handle now seems to have emerged as an immediate support, which if conquered might assist the pair to make a fresh attempt towards challenging the 1.2750-60 important barrier. Only a sustained move beyond the mentioned hurdle might prompt some near-term short-covering move and lift the pair even beyond the 1.2800 mark towards testing the next major hurdle near the 1.2860-65 region. 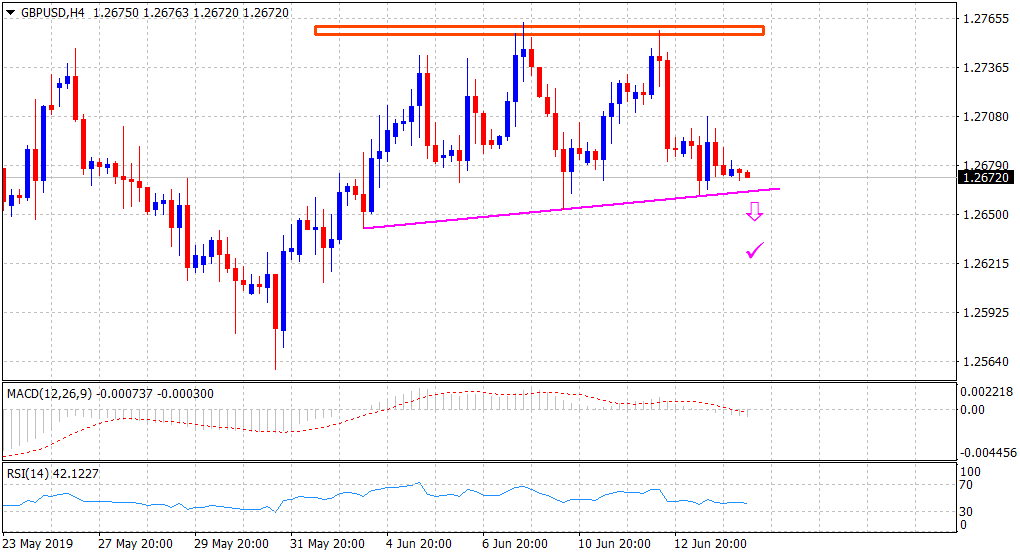 USD/JPY shows little reaction to the BOJ's status-quo on the monetary policy decision and downbeat quarterly outlook report. The spot also remains unfazed by the risk-on rally in the Asian equities amid coronavirus vaccine hopes.