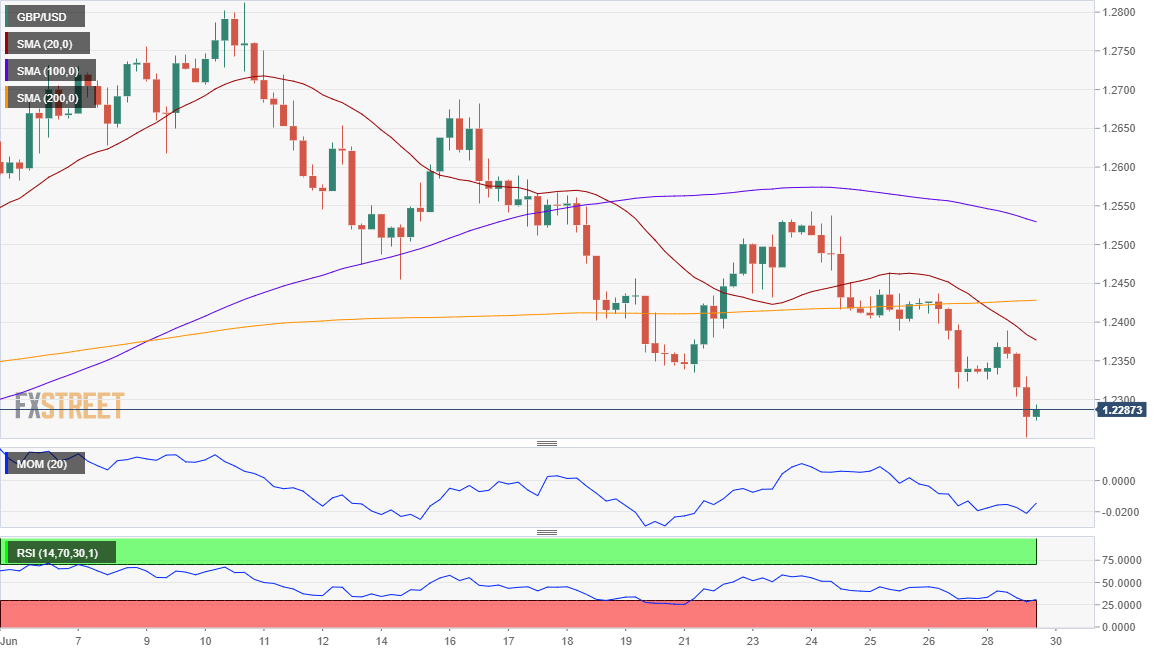 Brexit talks have resumed between UK’s chief negotiator, David Frost, and EU Michel Barnier, with no real progress reported so far. The EU commission spokesman said that their main target for these upcoming weeks is “to intensify our negotiations in order to make progress in getting a deal. Our goal is to make progress and to reach a deal." Mr. Frost, on the other hand, warned the EU must not drag out Brexit talks into the autumn. Tensions weighed on the Pound.

The United Kingdom will publish on Tuesday the final reading of Q1 GDP, foreseen unchanged at 0.0%, ad Business Investment for the same period.

The  GBP/USD pair retains its bearish stance in the short-term, despite bouncing some 40 pips from the mentioned daily low. In the 4-hour chart, it is developing below a bearish 20 SMA, which accelerated below the larger ones. Technical indicators have bounced modestly from their daily lows, but remain well into negative levels, far from suggesting further gains ahead. The former monthly low at 1.2314 is now the immediate resistance.