The dollar got hit hard across the major pairs yesterday, with one main exception, on Cable. A 55 pip daily range with only a marginal gain on the day just shows how the dollar is not the primary concern for traders. The UK election is far more of a concern right now, and with the polls tightening, chasing Cable higher is seen as a bit of a risky game. We expect to see the c.250 pip band between $1.2765/$1.3010 to continue until the election (on 12th December), with rallies towards the range highs $1.2975/$1.3010 fading. There is an ongoing medium term positive bias (with the near term unwind on momentum seemingly having played out). It is interesting to see on the hourly chart that whilst an edge higher was seen yesterday, the momentum indicators point to an ongoing range trade. The hourly RSI continues to oscillate between 35/65 whilst MACD lines fluctuate around neutral. $1.2950 is initial resistance, with $1.2880 supportive above $1.2820 which is a more considerable floor around the lows of the range. With significant uncertainty surrounding the identity of the next government in the UK, expect this range to continue. 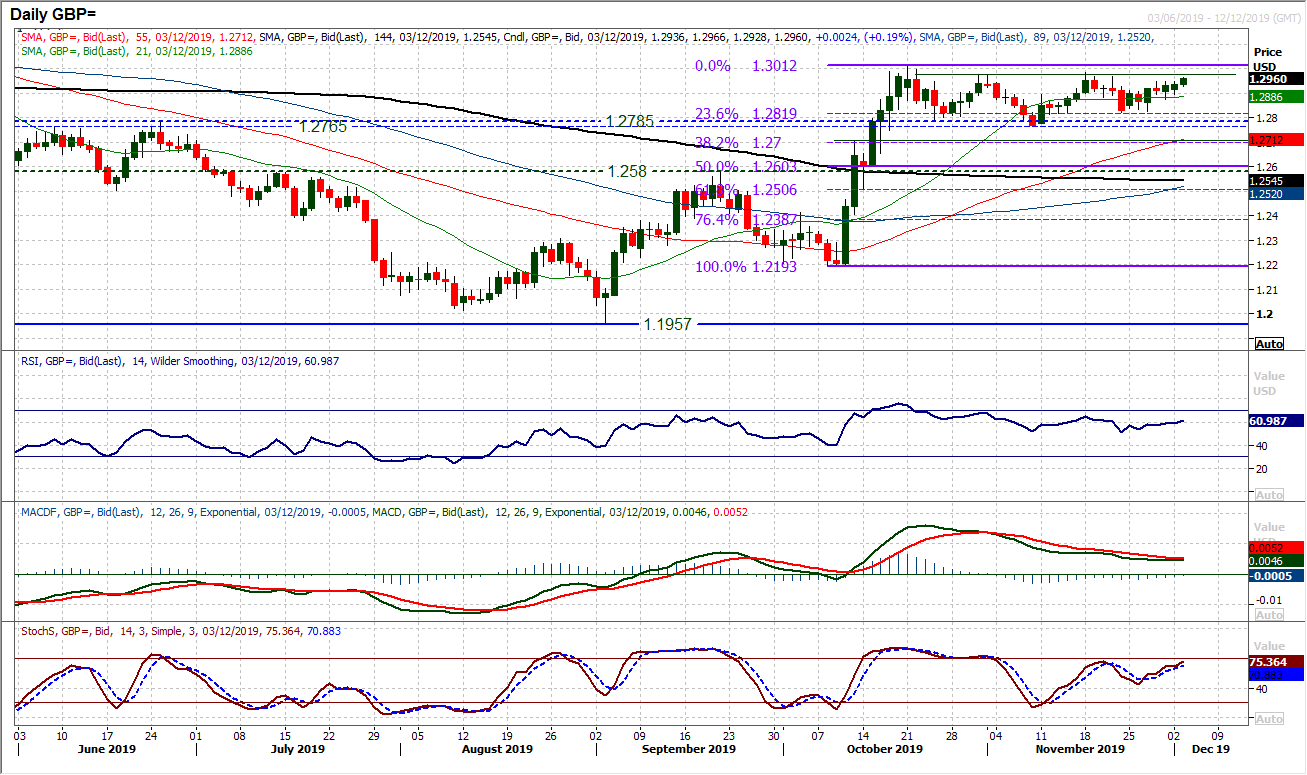