EUR/USD hits resistance at 1.1040 and retreats

GBP/JPY surges and hits resistance at 194.50

AUD/USD collapses after hitting resistance at 0.7435

DAX futures rebound from near 11470 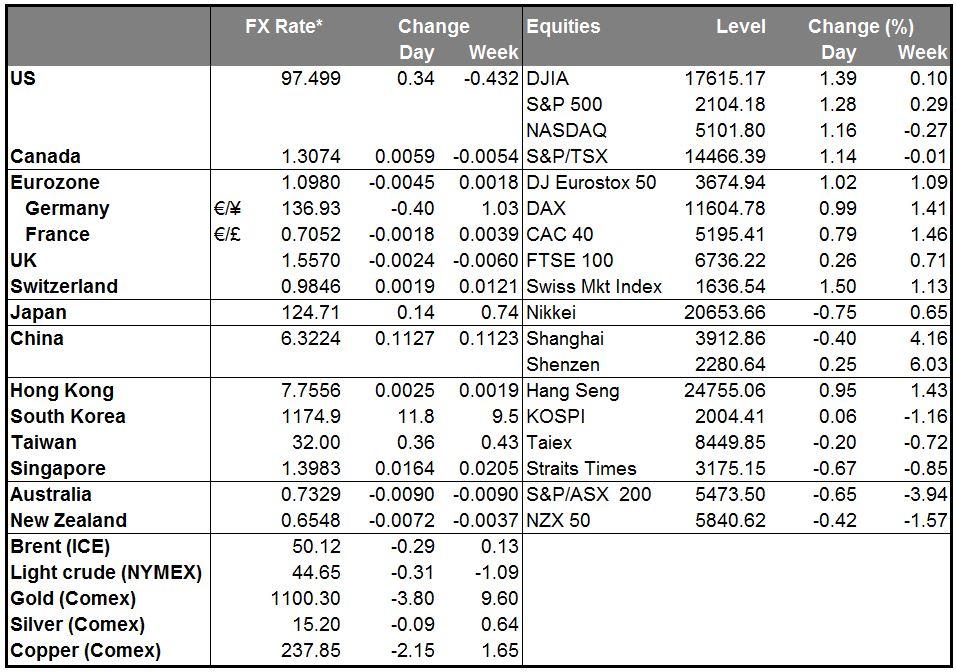