Probably, Index has completed its bullish impulse inside wave [3]. On minor wave level, after finishing triangle pattern inside wave (4), price has formed impulse inside the fifth wave. Consequently, during this very Thursday price may start new descending correction. 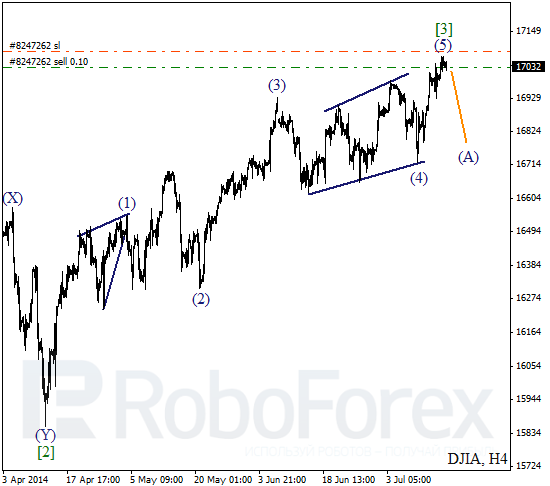 More detailed wave structure is shown at H1 chart. Current impulse inside wave (5) is completely formed. Probably, the first bearish wave is forming. I expect the further descending movement and, therefore, I have opened a short position with stop loss at maximum. 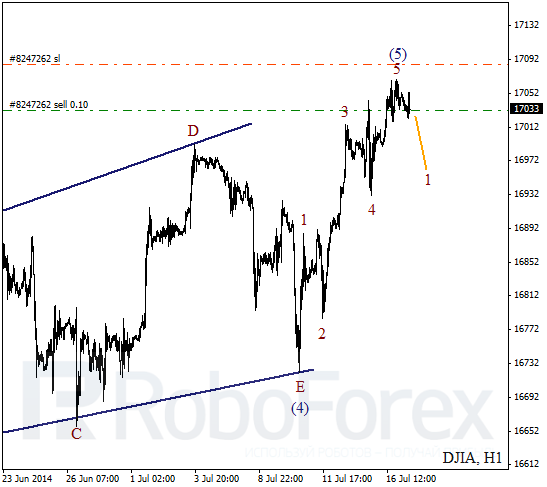 Oil is still being corrected after the impulse formation inside wave 1 or A. In the near term, quotes are expected to continue rising inside bullish wave 2 or B. 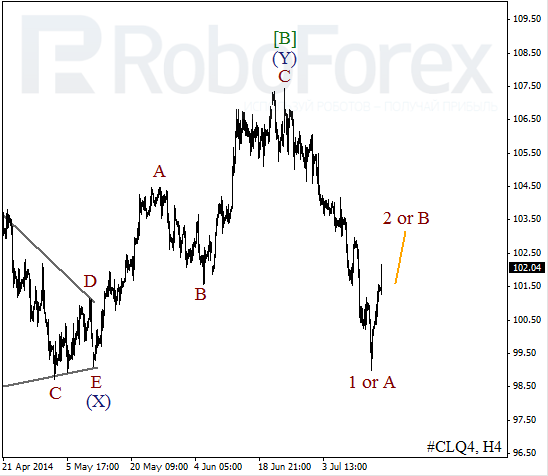 As we can see at H1 chart, price has completed wave [5] and oil finishes its bullish impulse inside wave [A]. After short local correction, I expect the ascending movement inside impulse wave [C] of 2 or B. 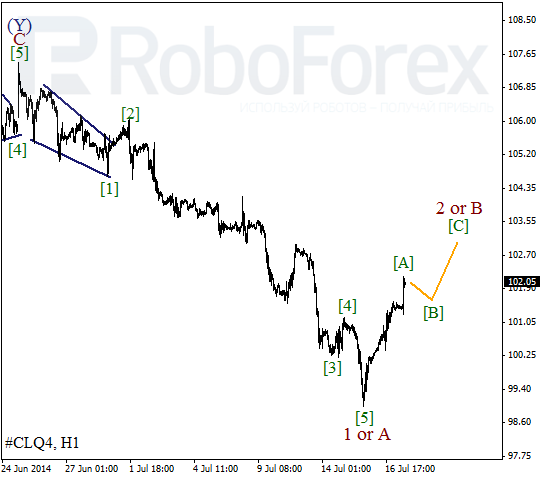