The era of US Dollar has truly come. Maybe this statement is quite late, but it is never too late to trade with the trend.

We have witnessed most major currencies depreciating against the Dollar, and now, Gold has joined the party. Gold yesterday plunged by over $23 per ounce to $1265, breaking several key supporting levels, including level $1270 and the uptrend line from the low of last December. The large triangle pattern that Gold has been forming since this year began has now finished and a new bearish trend is under way. 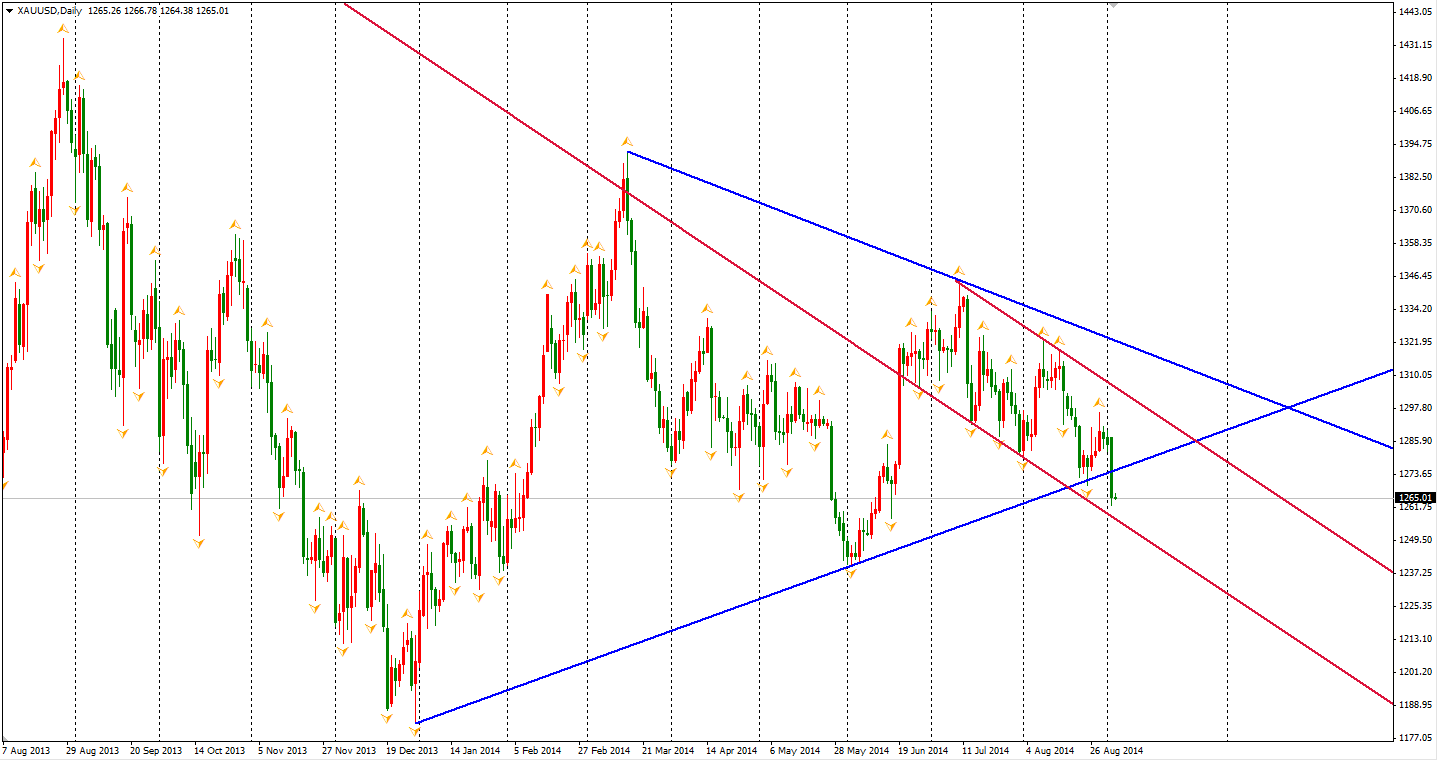 Yesterday’s fall is reminding me of what happened to the Gold price back in April 2013 when it lost over $270 just in one week. Maybe I was too sensitive and that history will never repeat. The break in this triangle continuation pattern still implies Gold may fell below $1180, the double bottom of 2013. 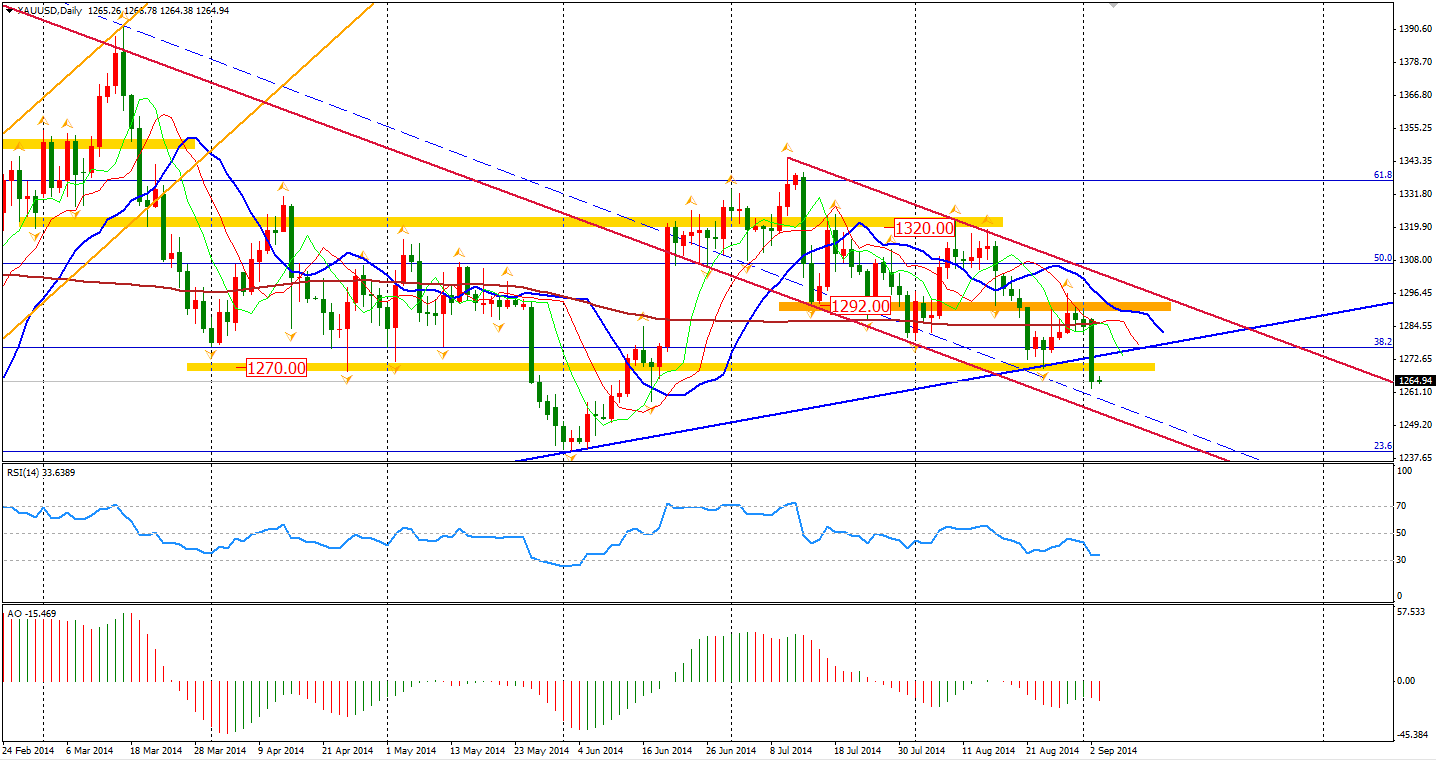 Aussie/Dollar, probably the last one of major currency pairs that defied gravity, fell back below 0.9320 again on Tuesday. Will this time be the one to break the 5-month-length sideway?

The RBA has decided to extend its longest pause in rate adjustments in eight years and its statement did not change much for September, stating that the “exchange rate remains above most estimates of its fundamental value”. Impacted by the background where the Chinese economy is slowing down, Australia’s expansion will be ‘a little below trend’.

The Q2 GDP today and Retail sales tomorrow may decide whether the Aussie will keep falling. The weak job market and contracting company profits have dampened the economic outlook – a clear negative sign of the future price movement. 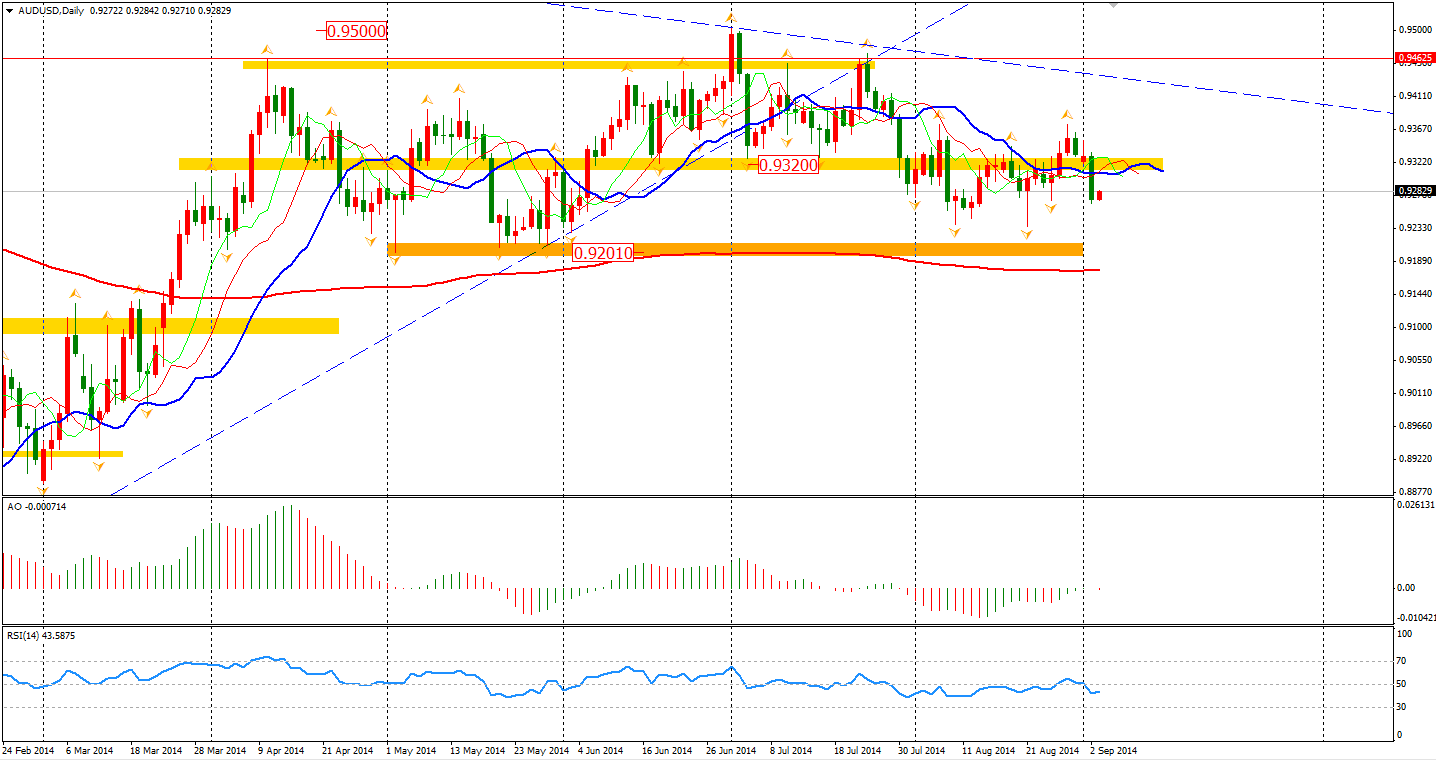 On the data front, Australia Q2 GDP will be released at 11:30 AEST. The RBA Gov Stevens speech will begin from 13:20 AEST. Several Service PMI will be released during the European session, including the UK one at 18:30 AEST. Canada Central Bank’s decision will be at midnight.