Stock markets are back in the green on Tuesday but already we are seeing frailties in the rebound, with Europe having given back a chunk of its earlier gains. The run into the close may provide some comfort.

These are nervy times for the markets, with surging Covid cases - particularly here in the UK - and inflation concerns dampening the optimism that we've seen at times this year. Vaccines should ensure case numbers don't lead to the level of fatalities and lockdowns we've seen over the last 18 months but if that false sense of security also encourages greater risk taking - like removing all restrictions during a surge, for example - the second half of the year may not be as bright as many hoped.

Inflation makes life a little harder for policy makers as they debate how transitory it is and at what point action might be necessary. This perhaps complicates the belief that central banks will always have the markets back. Should the price pressures persist, policy makers hands will be more tied than they've been for some time.

That being said, this isn't the time to panic and I would be surprised if we see too strong a reaction in the markets. We're only seeing a very minor pullback at this stage and that's perfectly healthy. Policy makers have plenty of time to determine the risk that inflation poses and what, if any, the response should be.

We're still seeing risk aversion in the markets, despite a rally earlier in the day and some positive moves into the close. Gold found support around $1,800 and moved back above $1,820, before giving some back. This comes as US yields continue to edge lower and as the dollar squeezes out another day of gains.

The yellow metal has been well supported in recent weeks and that could continue as long as policy makers hold their nerve in the face of higher inflation. The environment remains highly accommodative but challenges remain in the final months of the year which may encourage patience and continue to be supportive for gold prices.

Oil steady after rough start to the week

Oil prices are holding steady on Tuesday after taking a hit at the start of the week, on the back of the OPEC+ agreement and the uncertain growth outlook for the rest of the year, given recent surges. Prices are still elevated compared to what we've seen since the pandemic hit but that's to be expected as countries navigate themselves through the final stages.

WTI saw some support around $65 again today, around the levels it was peaking at late in the first quarter and well into the second. A move below here may signal some near term downside momentum but I expect it would be quite limited given the longer term outlook for many countries and how the exit strategy is being managed by OPEC+.

Bitcoin below $30,000 but showing some resilience

Bitcoin has fallen back below $30,000 for the first time in almost a month and we're seeing losses across the crypto space today, perhaps a sign of more expected downside ahead. This has long been viewed as a key psychological level for bitcoin so it could be argued that it's shown a fair amount of resilience, given the fairly limited sell-off, by its own standards.

As we saw last month, a move below $30,000 doesn't guarantee we'll see large losses but we may start to see nerves tested. Crypto bulls may even be encouraged by the apparent resilience so far, although the trend over the last couple of months doesn't look too favourable.

It may not take much for the sell-off to gather momentum and big losses appear and it won't be long until the importance of $20,000 is being discussed. It could make for an interesting, albeit nervy, few weeks for crypto fans.

EUR/USD slips from highs as the dollar reasserts itself

EUR/USD has slipped off 1.18 but is holding above the 15-week lows as the safe-haven dollar gains ground. Markets try to stabilize after tumbling on Monday. Concerns about the Delta covid variant dominate sentiment.

GBP/USD has extended its falls well below 1.3600, hitting the lowest since February. The rapid spread of the Delta covid variant in the UK and prospects of further deterioration weigh on the pound. Brexit issues add to the misery.

XAU/USD struggles to capitalize on intraday gains, up little around $1,815

COVID-19 jitters assisted gold to gains traction for the second straight session on Tuesday. A goodish rebound in the equity markets/US bond yields might cap gains for the commodity. 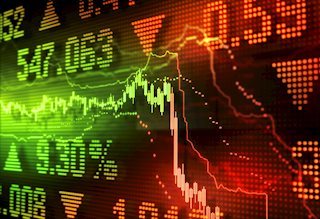