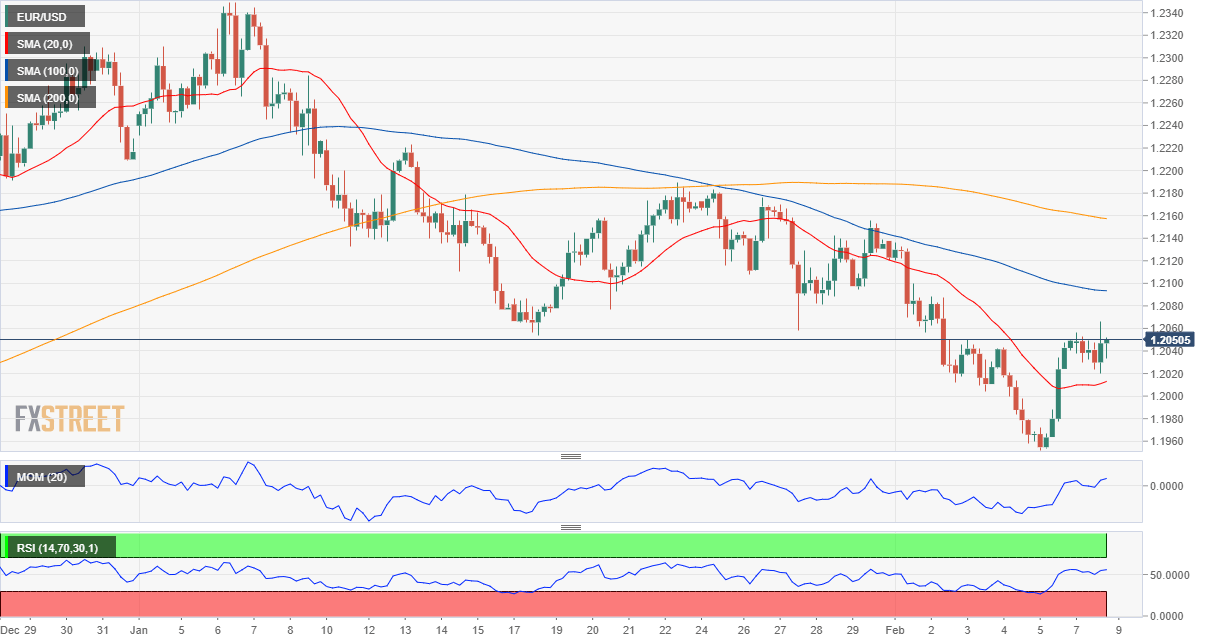 Majors trade choppily this Monday, with the EUR/USD pair ending this first day of the week little changed in the 1.2050 price zone. The dollar attempted to advance ahead of Wall Street’s opening but turned south as US Treasury yields turned read after hitting their highest levels since March 2020 in pre-opening trading. Equities post modest gains, but reached fresh record highs, reflecting the persistent positive mood.

The macroeconomic calendar included no relevant data, having no impact on currencies. Germany published December Industrial Production, which was down 1% YoY, while the EU released February Sentix Investor Confidence, which contracted to -0.2 from 1.3, well below the 1.9 expected.  This Tuesday, the calendar will remain light, as Germany will publish its December Trade Balance, while the US will release the January NFIB Business Optimism Index and JOLTS Job Openings for December.

The EUR/USD pair has a limited bullish potential, as it retreated from a critical Fibonacci resistance, the 38.2% retracement of its November/January rally at 1.2072.  In the 4-hour chart, the pair is stable above a flat 20 SMA but below the longer ones, which offer mildly bearish slopes. Technical indicators have lost their bullish potential, but remain well into positive levels. Bulls will have better chances on a break above the mentioned Fibonacci resistance level.