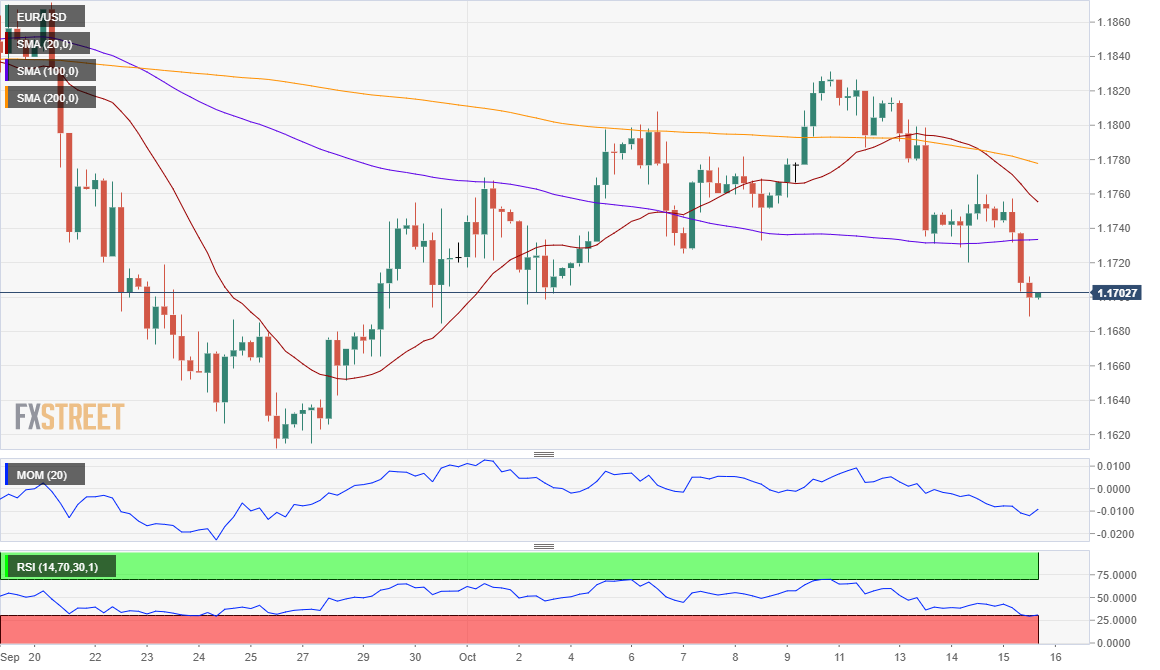 The American dollar maintained its bullish momentum this Thursday, advancing against all of its major rivals amid persistent concerts. The EUR/USD pair fell to 1.1688, its lowest in two weeks, to close the day around the 1.1700 level. Stocks markets were a sea of red, although Wall Street recovered ahead of the close, while government bond yields were also under pressure. The 10-year yield settled at levels last seen in March, while its US counterpart held above 0.70%.

The EU macroeconomic calendar had nothing to offer, while the US released Initial Jobless Claims for the week ended October 9, which unexpectedly rose to 898K, much worse than expected. The country also released the October NY Empire State Manufacturing Index which came in at 10.5, also missing the market’s expectations. The Philadelphia Fed Manufacturing Survey for the same month improved from 15 to 32.3, beating expectations.

This Friday, the EU will publish its final version of September inflation, although the focus will be on US Retail Sales, seen up 0.7% in September, and the preliminary estimate of the October Michigan Consumer Sentiment Index.

The EUR/USD pair is at risk of extending its decline, despite intraday technical readings show a limited bearish momentum. In the 4-hour chart, the pair remains below all of its moving averages, with the 20 SMA accelerating south well above the current level. Technical indicators, lack directional strength but remain near their daily lows well into negative levels. The pair has room to extend its decline, particularly on a break below 1.1680, the immediate support.