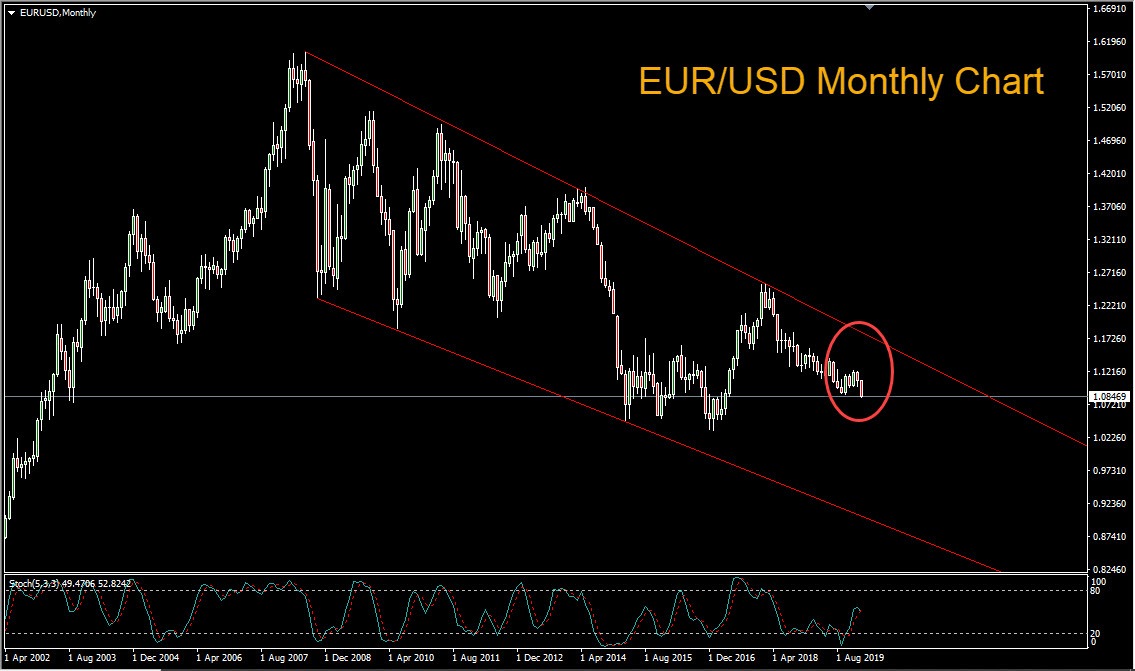 The euro fell to its lowest levels against the dollar since April of 2017 in early trading on Friday. The European single currency has been pressured by lackluster eurozone economic data while the US dollar has been lifted by its safe haven appeal as fears over the coronavirus persist.

On Friday, authorities in China reported 5,090 new coronavirus cases and 121 new deaths in the previous 24 hours. The latest official data indicates that in China over 63,000 people have been infected and at least 1,380 people have died. Meanwhile, a senior administration official told CNBC that the US does “not have high confidence in the information coming out of China” on the figures relating to coronavirus cases. Both the US dollar and Japanese yen were boosted by their safe haven status.

At the same time, weakness in eurozone data weighed on the euro this week. Figures released on Wednesday showed that euro-area industrial production fell by 2.1%, the most in almost 4 years. In addition, German GDP came in weaker than expected on Friday and reflected that the German economy stagnated at the end of 2019.

The disappointing eurozone figures contrast with recent positive US data. The US employment report last week showed that 225K new jobs were created and that the unemployment rate ticked up slightly to 3.6%. The New York Federal Reserve announced on Thursday that it will cut back the repo support it is providing in the overnight lending markets. Investors now turn their attention to today’s US retail sales report.

Looking at the EUR/USD monthly chart we can see that price has been in a steady downtrend since 2008 and that a major long term downward channel has formed. Bears begin to eye the prior low of 104.58, representing a potential major level of support.