It was an interesting week that ended pretty much in a stalemate. Price first rallied for a few day to test the 61.8% retracement level of the most recent decline, and it repeatedly failed to close above it. This led to a strong rebound towards the downside where the market made a new low, but just barely.

Right now our reasons for favoring the bearish view haven’t changed and are still as strong as they were last week. However, any impulsive rally at this point will provide compelling reason for abandoning our medium-term bearish view and moving to our alternate daily count.

We’re updating our counts to reflect the most recent price action and to present tighter targets and invalidation points. 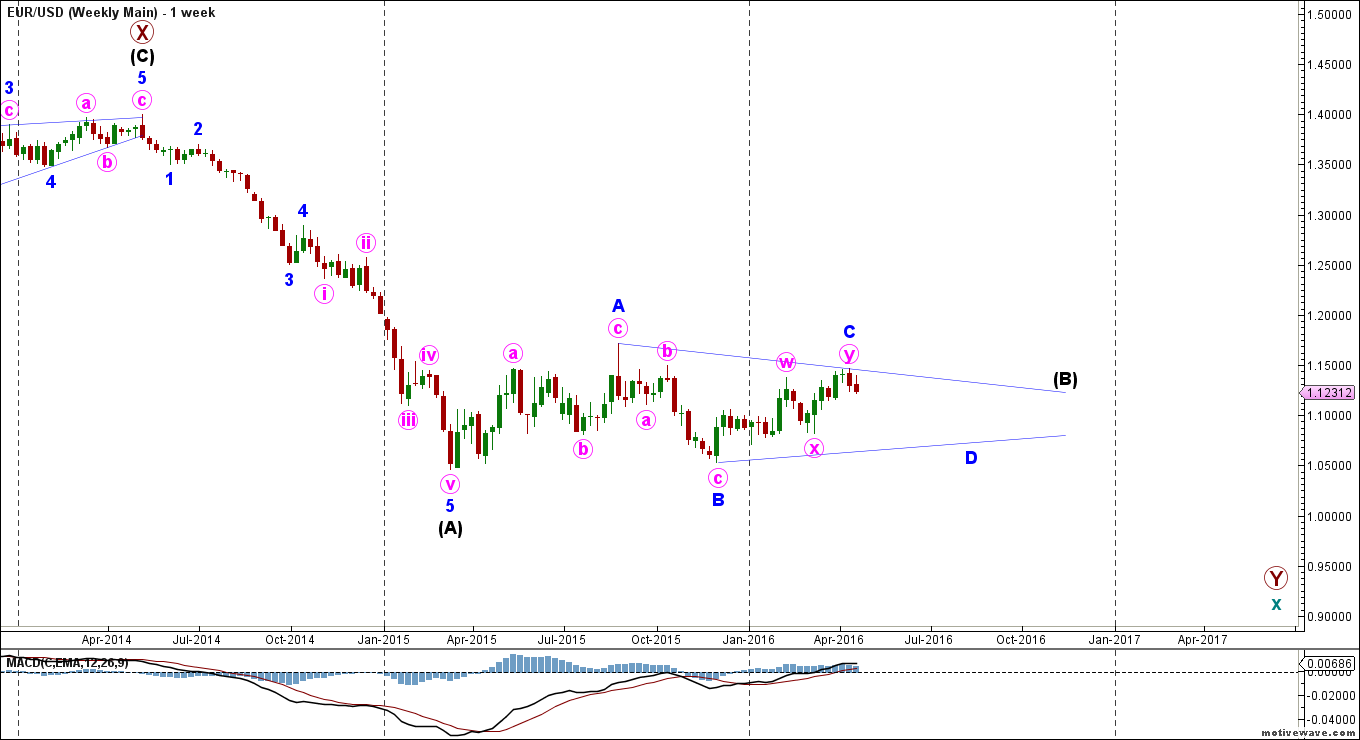 The bigger picture sees that the euro is moving towards the downside in teal wave x, which is forming a double zigzag labeled maroon waves W, X and Y.

Maroon wave Y is forming a zigzag labeled black waves (A), (B) and (C).

Black wave (A) formed an impulse labeled blue waves 1 through 5.

Black wave (B) is forming a contracting triangle labeled blue waves A through E. 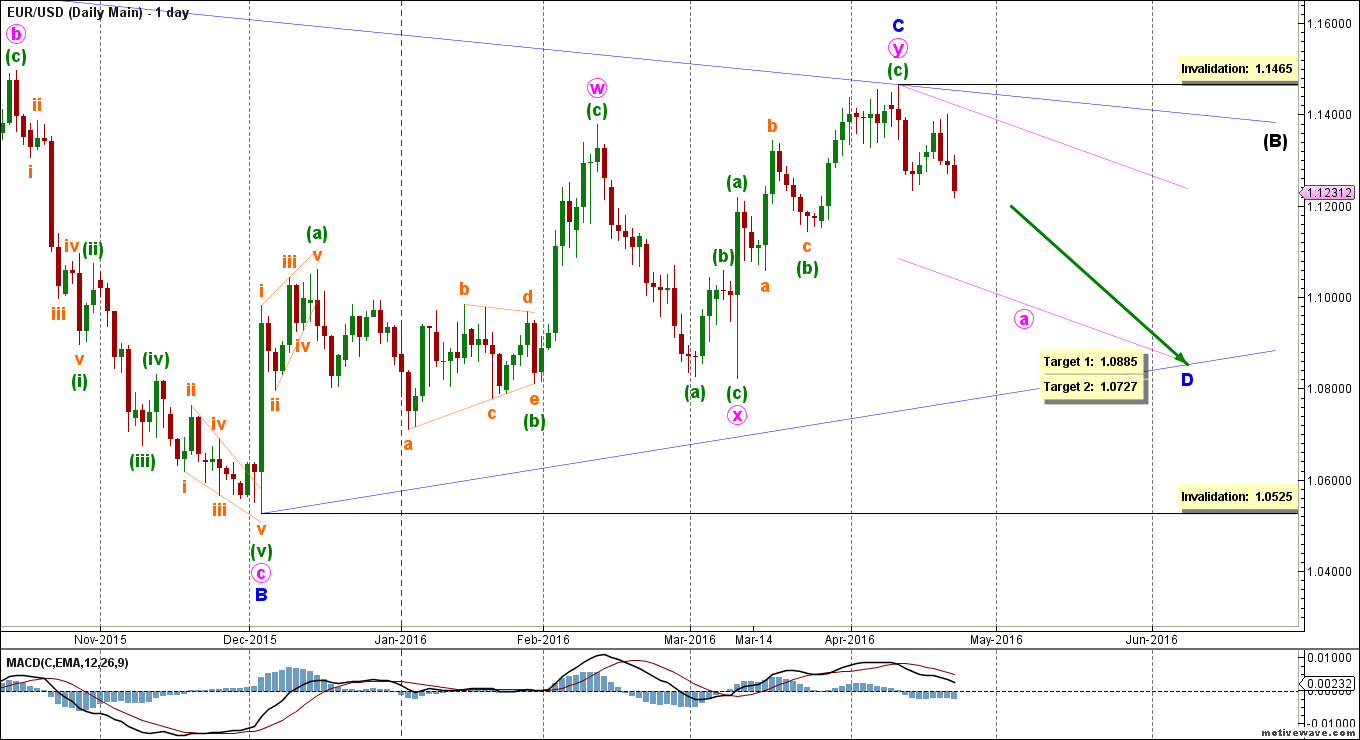 This count expects the euro to move towards the downside in blue wave D, which is likely forming a zigzag labeled pink waves a, b and c.

The MACD indicator supports this count by showing a clear bearish divergence between the highs of pink waves w and y, as well as a bearish crossover. 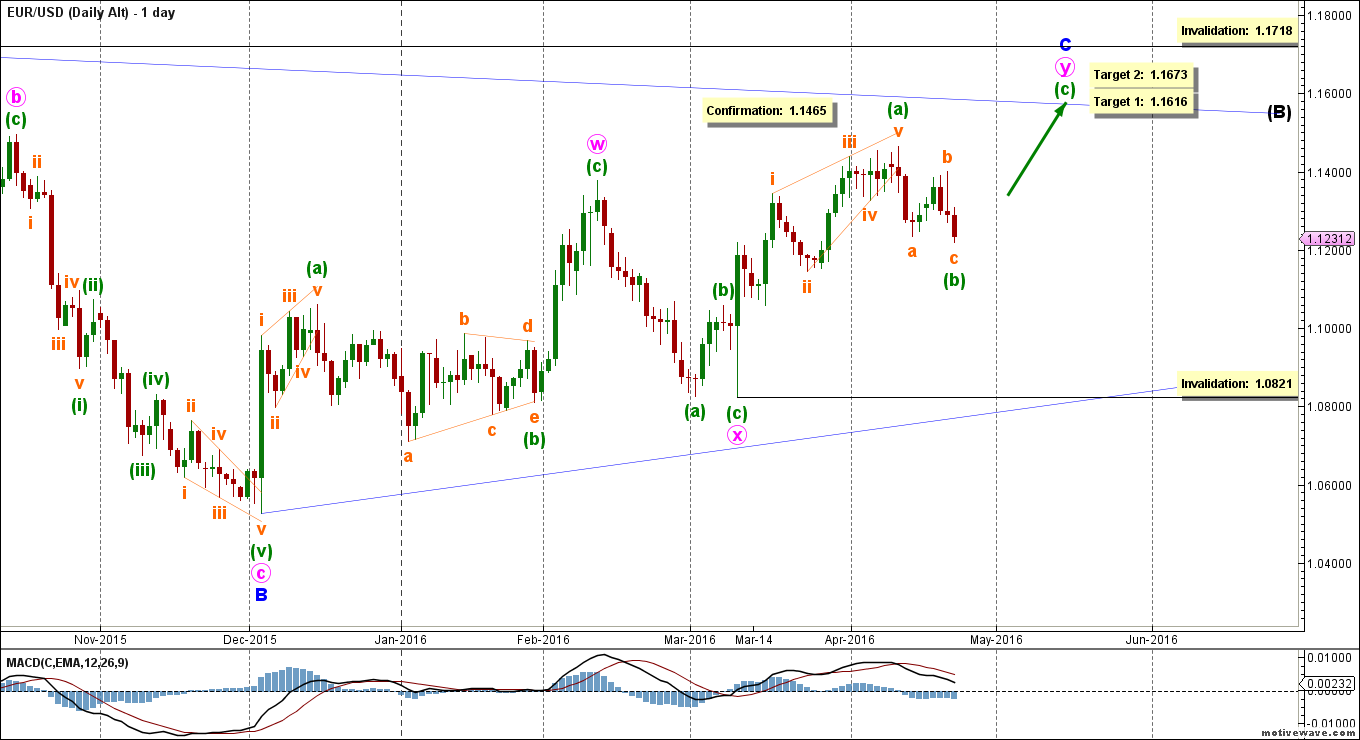 This alternate daily count sees that pink wave y of blue wave C is still unfolding as a zigzag labeled green waves (a), (b) and (c).

Within it, green wave (a) formed a leading diagonal labeled orange waves i through v.

Green wave (b) formed a zigzag labeled orange waves a, b and c, retracing exactly 38.2% of green wave (a) so far. It’s likely complete or near completion.

This count expects the euro to resume move towards the upside in green wave (c), to complete pink y, and therefore blue wave C. This will be confirmed by movement above 1.1465.

AUD/USD sees weakness to near 0.6400 ahead of Fed Powell’s speech

The AUD/USD pair is displaying a less-confident pullback after dropping to a fresh two-year low at 0.6414. The asset is not witnessing any signs of exhaustion in the downside bias and the pullback move will be crushed sooner by the market participants.

How many SHIB burned tokens will it take to spark a bull run?

Shiba Inu price has rebounded after losing 30% of market value in September. More uptrend is possible. Key levels have been identified to keep track of the developing trend.