Skip to main content
;
AUDUSD is slow and overlapping in 0.7040-0.7250 range which looks now like a corrective move. Ideally that's just another fourth wave, possibly a triangle that suggests another leg down to around 0.7000 area, or maybe even to 0.6900 if leg will be extended.  Invalidation level is at 0.7360 where bullish turn would be confirmed, but even rise above 0.7270 would threaten the bearish look.
AUDUSD 4h Elliott Wave Analysis 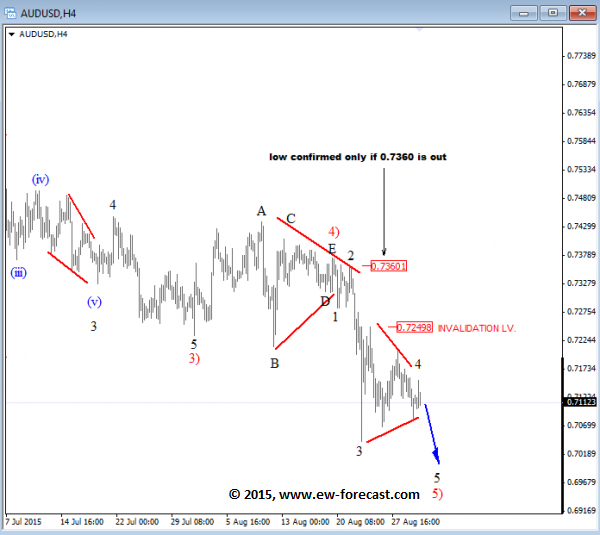