Skip to main content
;
GBPUSD moved even lower in this week, now beneath 1.6600 that can represent final stages of wave (v) in 3 that may seek for a support around 1.6500/1.6550. We still believe that rather sooner than later pound will turn up into a corrective rally. We will be tracking wave 4 then that can even move up back to 1.6680 before downtrend resumes. That kind of pullback in three legs would be a good one to join the trend.
GBPUSD 4h Elliott Wave Analysis 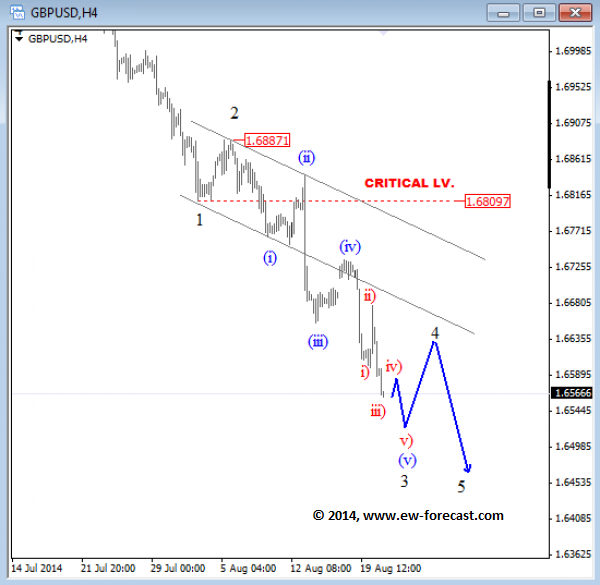 EUR/USD closes in on 1.1200, as global stocks take a plunge. The Fed's hawkishness is reverberating throughout markets, boosting the safe-haven US dollar. The US two-year Treasury yields jump to 23-month highs. US Q4 GDP awaited.

GBP/USD is inching lower towards 1.3400, sitting at monthly lows amid the hawkish Fed outlook-led risk-aversion. The US dollar remains strongly bid in tandem with the Treasury yields. Brexit and UK political concerns add to the cable's downside.

Gold price is licking its wounds near weekly lows of $1,813, as bears take a breather in the aftermath of the Fed decision while waiting for the US advance Q4 GDP and Durable goods data. The US economy is likely to have regained steam in Q4, 2021.